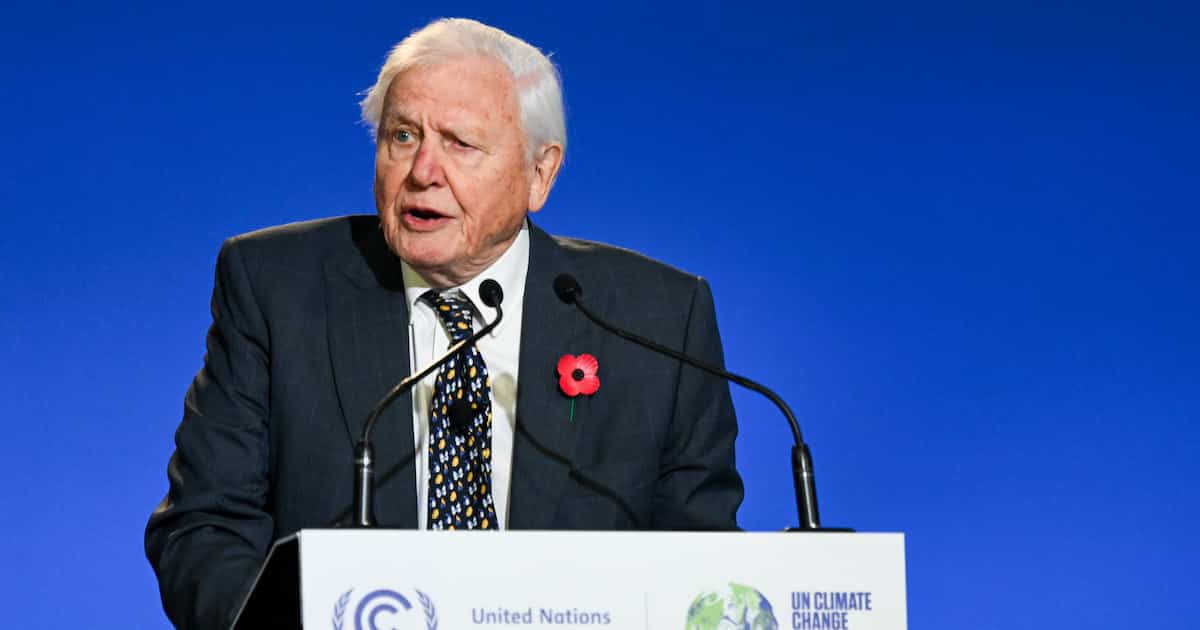 Animals Benefit From a Mentally and Physically Stimulating Environment

For years, Sir David Attenborough inspired curiosity and awe for the natural world in ways that no other television presenter had done before. But recently, the tone of his films has changed, taking a more critical approach to the natural world and how it’s changing. After more than half a century in the spotlight, Attenborough has found himself at the center of the climate movement. Although, it took him a few years to get there.

Attenborough applied to work at BBC radio 70 years ago when he was 26. He was turned down. Instead, he was offered a job in television, where he made his debut as presenter of the documentary series “Zoo Quest” in 1954. Since then, Attenborough has presented almost 50 documentary series and more than 30 individual documentaries, bringing the natural wonders of animals and the environment to the screen.

Attenborough’s passion for storytelling has made him an inspiration to an entire generation of biologists, travelers, ecologists, conservationists, and other presenters like Chris Packham, Liz Bonnin, and Steve Bakshall. Even famed environmental activist Greta Thunberg has acknowledged Attenborough’s impact on her work.

But Attenborough’s early portrayals of the natural world came with their own flaws. In his first television show, “Zoo Quest,” released in 1954, he traveled around the world in search of exotic animals to capture them and bring them to the UK to be exhibited in the London Zoo.

Later, he says he began to question the show’s motive. “It was very unsatisfactory to make the animals look like freaks,” Attenborough said in an interview with Chris Packham. In “Zoo Quest” he can also be seen eating turtle eggs and jumping on animals, chasing them and pulling them by the tail to film them. But 50 years later he admitted his regret. “I am sorry about that sort of thing. But those were different days,” he said.

From naturalist to activist

Attenborough’s attitude towards animals has changed remarkably throughout his career. Towards the end of the 1970s, in one of the most famous “Life on Earth” scenes, he can be seen sharing a quiet moment with a group of mountain gorillas. By 1990, in “The Trials of Life,” the animals described by Attenborough had in many cases gone from being called “it” to “he” or “she.”

Since then, Attenborough’s documentaries have reflected the most recent research on the study of animal behavior. In his films, animals are more often than not portrayed as individuals with personalities, emotions, and complex social relationships. In fact, if it wasn’t for Attenborough’s documentaries, many viewers may have never imagined such abilities in mammals and birds, let alone fish, insects, spiders, and other invertebrates. Research from the University College Cork in Ireland shows that his films may even help connect “increasingly urbanized societies to the natural world.”

Unlike other documentaries about animals, which often focus on the violence and suffering inherent to wild populations, Attenborough’s documentaries broadcast many of the latest cognitive and ethical advancements in the study of animals for the first time. He presents animals as individuals with whom we share the world—and for whom we should worry.

His relationship with turtles is a prime example of this shift. In “Attenborough: 60 Years in the Wild,” Attenborough dedicates a scene to recalling the worldwide decline of turtles, and in “Planet Earth II,” he makes a plea for people to respect baby turtles while they are crushed by cars in the city. Although, according to the BBC, “he didn’t start making programs with conservation in mind,” and has been criticized for showing the world as untouched and pristine, despite the devastating impacts humans have on it.

But in recent years, he has taken an important turn in his career. Beginning in the 2000s, Attenborough started presenting work that could be labeled “environmental” rather than “nature” documentaries. Such is the case of “State of the Planet” (2000), “The Truth About Climate Change” (2006), “How Many People Can Live on Planet Earth?” (2009) and, most recently, “Climate Change: The Facts” (2019), “Extinction: The Facts” (2020), and “Breaking Boundaries: The Science of Our Planet” (2021).

Attenborough did not just listen to his critics, who accused him of not including the human impact in the landscapes he showed. He made it his life’s work. In “Seven Worlds,” “One Planet” (2019), and “A Perfect Planet” (2021), Attenborough combines the visual style of nature documentaries with a renewed environmental message, demonstrating a clear concern for the loss of biodiversity, global warming, and deforestation.

In the acclaimed Netflix documentary, “A Life on Our Planet,” Attenborough addresses the human responsibility for the destruction of nature that he has witnessed in his long career. After the film was released, Attenborough sat down with broadcast journalist Anderson Cooper to tape an episode of 60 Minutes, where he calls his recent work a “witness statement.” He explains that “the crime,” referring to the climate crisis, “has [already] been committed.”

Attenborough has also become a beacon of hope, offering new perspectives for lifelong naturalists and guidelines for policymakers on how to fight the climate and biodiversity crises. Among his most widespread proposals are to curb population growth, switch to renewable energy, and protect the oceans. Recently, he has begun to highlight the role of global food systems in climate change.

In 2020, just before his 95th birthday, Attenborough announced that he changed his diet and drastically reduced his meat consumption in response to climate change. “We must change our diet. The planet can’t support billions of meat-eaters,” he says in “A Life on Our Planet,” noting that “half of the fertile land on Earth is now farmland, 70 percent of birds are domestic, majority chickens.”

Attenborough’s influence is undeniable. He has since received 32 honorary degrees in the UK alone—more than any other person ever—and has more than 40 animal and plant species named after him. His series occupy 11 of the top 13 spots on a Stacker’s list of the 30 best nature documentaries and single-season miniseries of all time, based on IMDb user ratings. In 2019, “Our Planet” was reported to be Netflix’s most popular original documentary, watched by 33 million people in its first month and reaching 100 million people two years later.

His films have also made a big splash overseas. According to the Sunday Times, “Blue Planet II” (2017) had so many viewers in China, “that it temporarily slowed down the country’s internet.” “Life on Earth,” released in 1979, was watched by an estimated global audience of 500 million. Among other awards and nominations, he has won eight BAFTAs for programs made in black and white, color, 3D, 4K, and even virtual reality.

The beloved broadcaster turned 96 this month, shortly after receiving the UN’s highest environmental award, Champion of the Earth. “If we stand a chance of averting climate and biodiversity breakdowns and cleaning up polluted ecosystems, it’s because millions of us fell in love with the planet that he captured on film and in writing, in his voice,” stated the director of the UN Environment Programme, Inger Andersen. And she might be right.

Many of Attenborough’s documentaries are available to stream on BBC’s website if you are located in the UK. Access may be limited in other parts of the world.

How This Traditional Farming Practice Became a Top Climate Solution 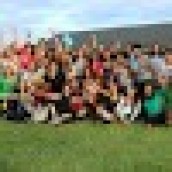