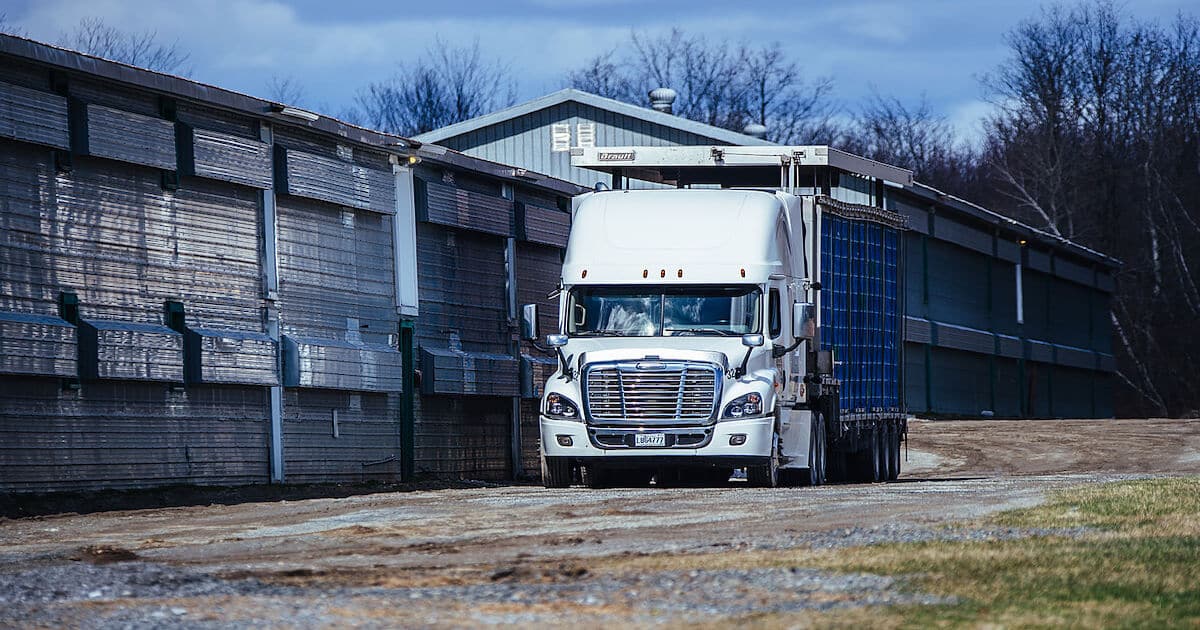 Despite the Intergovernmental Panel on Climate Change’s urgent recommendations to reduce meat consumption, the industry shows no signs of slowing down. To the contrary, market value for factory farming is expected to surpass one trillion dollars by 2025, profits that guarantee exploitation and suffering for countless human and nonhuman animals.

On factory farms, animals are subjected to stress, confinement and physical harm. But the meat industry is also harmful to humans caught within it.

Working in slaughterhouses and meatpacking facilities can be dangerous, physically demanding and mentally exhausting. Slaughterhouse work has been linked to higher levels of aggression, violent dreams, anxiety and hostility. Some workers report dissociating themselves from their jobs in order to carry on.

According to Matt McConnell, Economic Justice and Rights Researcher for Human Rights Watch, “nearly all the workers I spoke with told me they are pushed to do more and more, faster and faster. It’s stressful work. Some workers cried while speaking with me. Some said their supervisors screamed and humiliated them to keep up production speed. Some told us that supervisors don’t even let workers use the bathroom outside of scheduled breaks.”

It’s not just mental health. At one of the America’s largest slaughterhouses, Seaboard Foods, workers say their injuries are routinely ignored. One man was given ice and painkillers for what he later discovered was a fractured vertebrae and elbow contusion. He had to return to the production floor. Employees said that the company ignored doctors’ notes requesting restricted work or time off, and that they were pushed to work through injuries. One employee said he couldn’t get time off to recover from an inflamed disc and strained muscle, despite presenting a doctor’s note.

Union representatives suspect counts submitted by the company to federal authorities are lower than the actual incidence of injuries. Still, the number of injuries reported at Seaboard Foods increased from 2019 to 2020 when the company increased the speed of production.

In July of 2020, a nationwide coalition of organizations that advocate for meat processing workers and other allied groups filed an administrative civil rights complaint with the U.S. Department of Agriculture. The complaint alleged that in addition to wreaking havoc on the well-being of workers, two major meat processing corporations engaged in racial discrimination prohibited by the Civil Rights Act through their workplace policies during the COVID-19 pandemic. The complaint alleged that mega-corporations Tyson and JBS adopted policies that rejected critical Centers for Disease Control guidance — social distancing on meat processing lines — which had a discriminatory impact on the predominantly Black, Latino and Asian workforce at the companies’ plants.

The Occupational Safety and Health Administration (OSHA) is now requiring JBS, one of the largest meatpacking companies in the country, to take steps to prevent future disease outbreaks at seven of its plants. Announced in late May 2022, the settlement resolved two OSHA citations against JBS facilities.

Shifting diets to plant-rich options would help prevent further harm and suffering to humans and non-human animals. Learn more about the impacts of our food by visiting https://sentientmedia.org

Interview: How the US is Making Meatpacking Jobs Even More Dangerous

How Meat Processing Workers Are Fighting For Safer Working Conditions