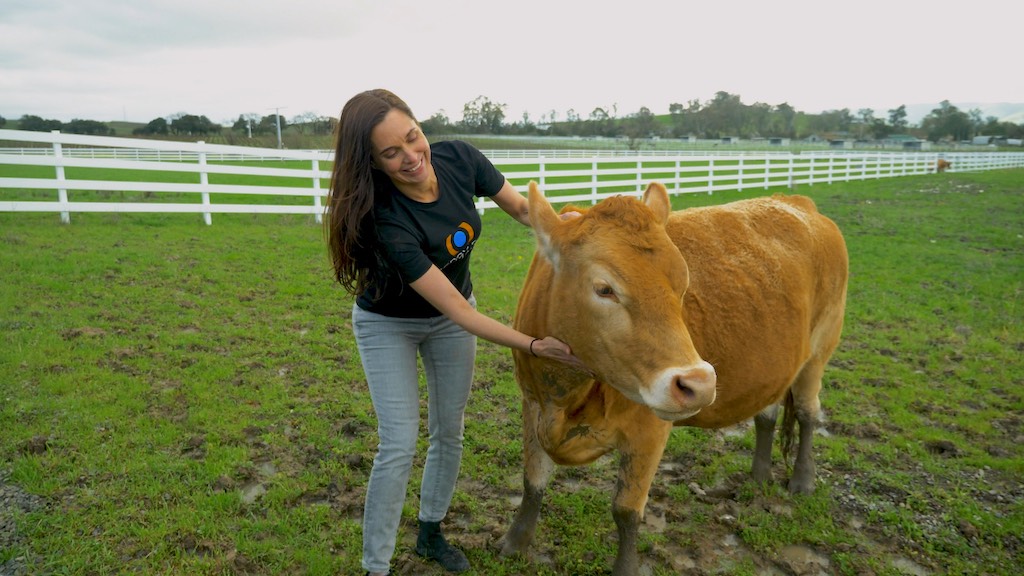 Mercy For Animals is a legendary force of the animal protection movement. Founded in 1999 by Milo Runkle, the organization celebrates its first 20 years in 2019. MFA has been one of the pioneers of introducing undercover investigation and open rescue tactics to the animal protection movement. The videos and photos produced by these tactics are instrumental in showing the wider public the reality of factory farming, which is a crucial development in leading the world towards the ultimate goal of ending animal farming.

Mercy For Animals is both an animal rights and an animal welfare organization. Understanding the need for incrementalism and strategic compromises, the organization has successfully worked with companies like Nestlé and Walmart, guiding them to adopt animal welfare policies for various farmed animals.

Today, MFA has approximately 120 staff in multiple countries, and the group reaches nearly 9 million followers across its different social media channels. MFA is headquartered in Los Angeles, and in addition to the U.S. operates in Mexico, Brazil, India, and the Greater China Region.

Leah Garcés, the president of Mercy For Animals, is a lifelong animal advocate. She started her career in animal protection with wildlife and the environment and shifted her focus to farmed animals after exploring all the different ways that we humans cause suffering to animals.

“My career purpose is to reduce suffering,” Garcés says. “Where that is most tractable is with farmed animals because there are 80 billion of them every year.” The opportunity to work on protecting farmed animals is significant “in terms of absolute numbers, in terms of acute suffering, and the fact that almost everyone on the planet is involved with bringing about that suffering,” she says. “This also means that everybody has the capacity to reduce that suffering, which is a positive thing.”

Garcés has experienced the urgency to create a positive change through her own children. After the birth of her first son, she realized how precious her time is and how she wants to make sure that time is used to have the biggest possible impact in the world. Naturally, her focus falls on chickens and broilers, animals which constitute the highest number of animals suffering in human hands today.

Garcés is optimistic about a future without factory farming. “Categorically, there have been advancements in terms of legislation, for example banning veal crates, and battery cages, and gestation crates in all of the EU.”

“In the US, we now have a dozen or so states with laws that ban the worst practices, like cages and crates. In Prop 12 (California) we saw not only the worst practices being banned but the sale of products from those practices,” she says. “Michigan just passed a law this past month in November — which Mercy for Animals played a key role in — not only ensuring that all the practices are banned but again, the sales ban comes into play as well.”

“All eggs sold in Michigan must come from cage-free conditions by 2024. The law will also require that Michigan farmers use no cages and crates for pigs, hens, and calves. We estimate that will impact 10 million hens, on top of the hundreds of thousands of pigs and calves that are going to be affected per year,” Garcés says.

“At the same time, unfortunately, we’re eating more animals than we ever have in history. More animals are in factory farms than ever before in history, because there are more people on the planet.”

Mercy For Animals pursues change for the better by reducing the suffering of the 80 billion farmed animals raped and killed every year, Garcés says. “We do that by focusing on institutional change, either through government policy or corporate policy, and changing policy.”

“Recently in Brazil, we’ve had a lot of success in that arena, where large cities are passing Meatless Monday policies,” Garcés says. “For example, all of the public schools in Belo Horizonte will take meat off of the menu on one day a week, so there will be a 20% reduction overall in the schools.”

Continuing the fight for animals

Mercy For Animals is gearing up to have an even bigger impact than before. “For the foreseeable future, Mercy for Animals will continue to do undercover investigations in the places where that is possible,” Garcés says.

The organization will continue to do this in the traditional ways they have in the past – with boots on the ground, using candid body cameras for example – but also in more innovative ways, such as by using drone videography from factory farms. “That really can show the scale of the problems that factory farming brings to a community. And the technology now often means that we can get pretty close to these farms with drones.”

Investigations are coupled with impact campaigns: grassroots operations, marches, corporate campaigns, and celebrity involvement. After MFA’s drone coverage of the Amazon rainforest destruction in Brazil, the organization followed up with street demonstrations and celebrity statements driving home the message that it is really our consumption of meat that is causing the destruction of the planet.

Another innovative strategy MFA is pursuing is a collaboration with farmers. “The big new exciting thing for us is the Transfarmation Project,” Garcés says. In this project, MFA acts as the partner “for farmers to transition from animal agriculture to growing hemp, mushrooms, hydroponic lettuce, and other crops.” Importantly, Garcés thinks, it can also change the narrative in rural areas.

“We’re not, as animal rights activists, here to take away jobs or a way of life. We are here to construct a more compassionate system for everyone. And I think that’s a really powerful thing for an animal rights group to do, and I think doing it will lead to some shifts a little bit further down the road.”

Mercy For Animals is also running high-impact corporate pressure campaigns, especially against two major transgressors, McDonald’s and MOD Pizza. “Over a hundred companies, including Burger King and Subway, have agreed to the Better Chicken Commitment, and that’s going to help huge amounts of animals. Whereas, McDonald’s and MOD Pizza haven’t been responsive,” Garcés says.