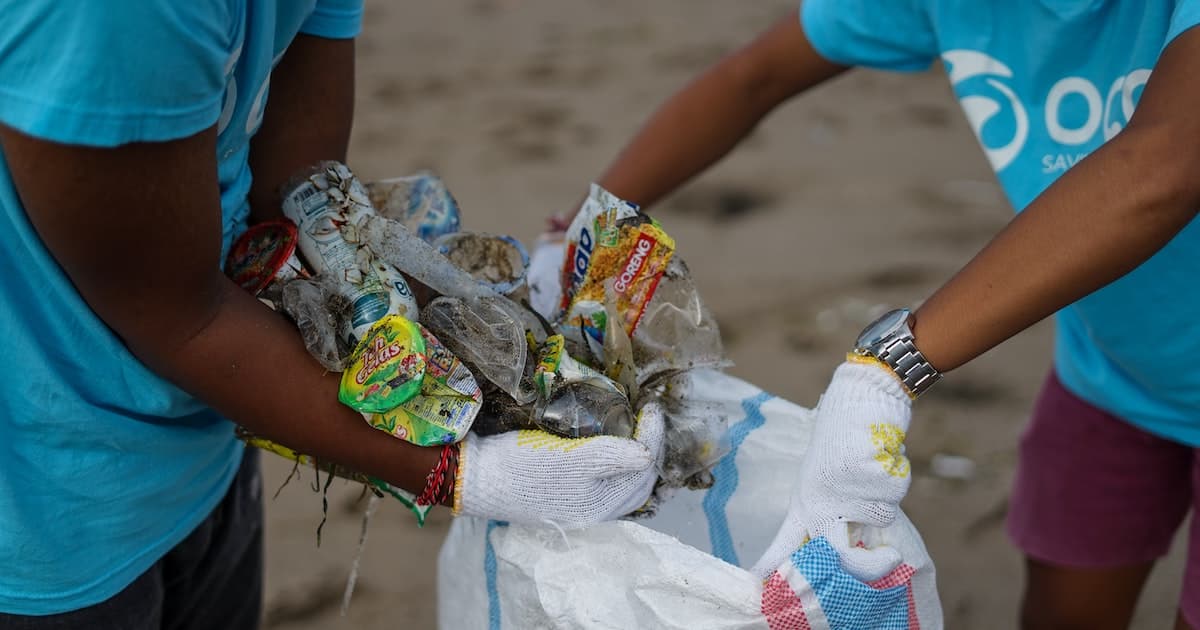 This $22-Billion Industry Suffers from a Serious Lack of Oversight

Ocean pollution comes from many different sources and affects marine environments around the world. This article will explore the main types of ocean pollution and will offer up some solutions on how to meet the challenges presented by these pervasive issues.

What is polluting the ocean?

Perhaps a better word than “what” is polluting the ocean is “who,” and the answer is human beings, particularly people from wealthy countries. Oil companies are arguably responsible for the most damage to the ocean through noise, chemical, and plastic pollution. Whether pollution is visible, like the mountains of plastic trash lining beaches in countries around the world, or invisible, humans are responsible for several different methods of polluting the ocean.

There are many types of anthropogenic pollution in the ocean, including chemical, light, noise, and plastic. This section will briefly examine each of these.

Persistent organic pollutants (POPs) found in the oceans include pesticides and herbicides. These compounds are commonly found in plastics used in flame-retardants and adhesives. As their name suggests, these chemicals often take a long time to decompose and can make their way up the trophic levels of marine life. Along the east coast of Canada, beluga whales are often found with high concentrations of POPs stored in their blubber.

Toxic metal pollution includes compounds such as mercury and cadmium, which arrive in the ocean through direct dumping or “upstream” sources like mining operations and waste dumps. Over the last two decades, coal-burning power plants and other industrial activities have caused a 30 percent increase in mercury concentrations in the Pacific Ocean. Mercury is one of many chemicals that can be hazardous to human health, with over 90 percent of mercury exposure occurring through the consumption of contaminated fish and shellfish.

About half of the world’s oil pollution is naturally-occurring, arising from fissures in the seafloor. The other half is anthropogenic, coming from boats, runoff, and oil spills at off-shore processing facilities. Although oil spills account for only eight percent of total oil pollution, their consequences can be grave, coating the surface of the water and shoreline with oil and devastating to marine life.

Noise pollution in the ocean is a widespread problem, affecting various species of fish, invertebrates, and marine mammals. Noise pollution can range from relatively low yet constant to deafening produced by oil and gas exploration, as well as naval sonar.

Even when relatively low in terms of decibels, noise pollution can cause serious problems for ocean life. For example, cetaceans are primarily acoustic animals. As marine traffic increases, cetaceans’ ability to communicate and navigate, particularly over long distances, is severely hampered, causing them stress.

On the other end of the auditory spectrum is noise pollution from the fossil fuel industry. In the search for oil or gas deposits on the seafloor, seismic airguns are used to issue extremely loud blasts. They are among the loudest human-made sounds in the ocean. These blasts can travel for 2,500 miles are repeated every few seconds for 24 hours a day. The blasts are often active for weeks or months at a time. Seismic airguns seriously disrupt the lives of many marine animals, including dolphins and whales.

Plastic pollution has achieved such an enormous scale that it is now referred to as a pandemic. A World Wildlife Fund report found that an enormous amount of plastic is making its way into the oceans, as well as other environments. Every year, around 500 billion plastic bags are used, and a dump-truck load worth of plastic is dumped into the ocean every single minute. Plastics in the ocean wreak havoc on marine life, especially whales. In 2019, a sperm whale died and was found to have 220 pounds of trash in his stomach.

Where does pollution come from?

Surprisingly, most ocean pollution comes from the land. According to the National Oceanic and Atmospheric Administration, 80 percent of marine pollution originates on land, in the form of runoff as pollution is swept into oceans through rivers or rain. Septic tanks, automobiles, farms, and ranches account for the most marine pollution.

What is the biggest source of pollution in the ocean?

The biggest sources of ocean pollution come from rivers that carry pollution from the land out to the sea.

Plastic is a significant source of ocean pollution. Ninety percent comes from just 10 rivers, the Yangtze river in China being the most polluting among them. This river flows through one of China’s highest populated areas, containing nearly 500 million people. However, the high population is not the only factor contributing to the Yangtze’s pollution problem.

For years, China was the world’s largest importer of trash. Countries like the United States, the United Kingdom, the European Union, and Canada shipped enormous amounts of garbage to China and other nations in Asia and Africa. Things changed in 2018, however, as China officially banned plastic imports out of environmental concern, causing headaches for countries that were using the country as a dumping ground.

Where is the pollution worst?

Plastic pollution often collects in ocean gyres, also known as trash vortexes. These trash vortexes exist in many of the world’s great oceans. One trash vortex, called the Great Pacific Garbage Patch, is said to cover an area 1.6 million square kilometers across.

Many areas affected by the industrial animal agricultural sector suffer from chemical pollutions. In 2017, the meat industry was blamed for creating the largest dead zone ever recorded in the Gulf of Mexico. Toxins from animal waste make their way to the Gulf through rivers, where they create nutrient-dense marine environments. Algae then bloom in very high densities, depriving water of oxygen. The resulting low-oxygen environment forces marine life to leave the area, or else perish. The dead zone of 2017 covered an area as large as the state of New Jersey and was blamed on the animal agricultural giant Tyson Foods, which supplies companies like McDonald’s and slaughters billions of animals each year.

Solutions – How do we stop pollution?

Because there are so many sources of pollution stemming from human lifestyles—particularly humans in wealthy Western nations—there is no one single solution to ocean pollution. There are actions and lifestyle adjustments individuals can take, including:

It is vital for the companies causing the oceanic pollution to be held accountable. If you’re looking to get involved, check out Break Free From Plastic, an organization that is pushing for stronger ocean protection at the policy and legislative levels.

Ocean pollution is a complex, pervasive problem driven by consumer lifestyles. It wreaks havoc on ocean ecosystems the world over. More action is needed if pollution is to be curbed and the global oceans spared.