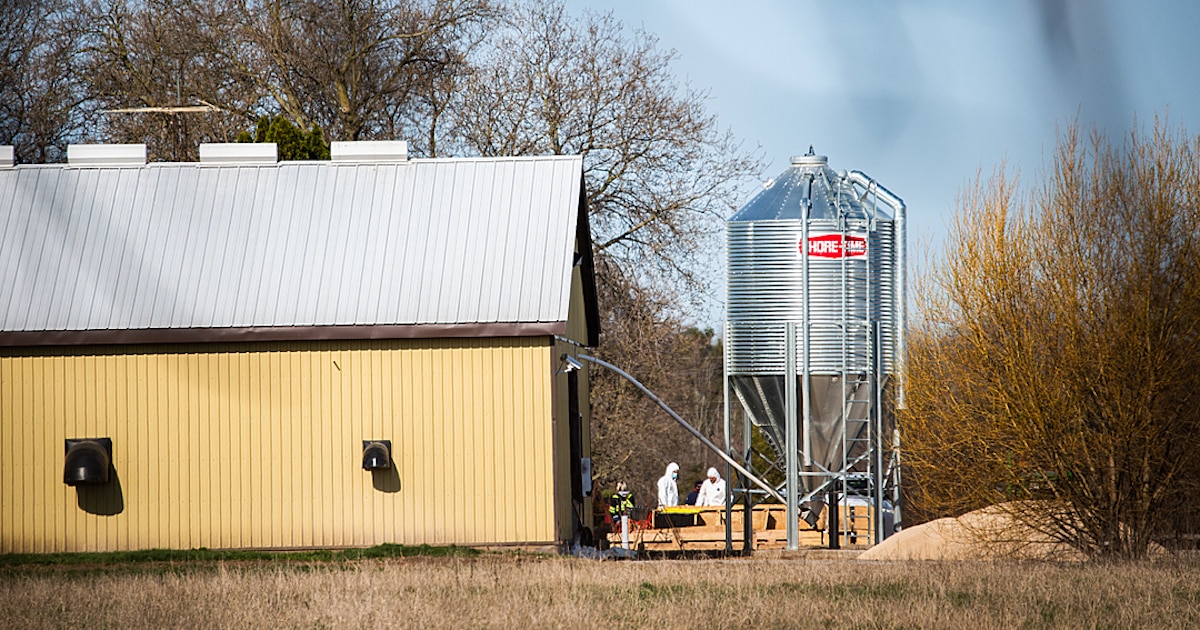 New analysis from the Animal Welfare Institute (AWI) found that at the peak of the ongoing avian flu outbreak, the majority of producers chose to kill their animals using ventilation shutdown plus heat (VSD+), considered by advocates and veterinarians to be the “most inhumane method available.”

Between February and March, U.S. flocks were hit hard by avian flu. The disease reemerged in the U.S. this January and has since claimed the lives of more than 37 million birds. Many of the infected birds succumbed to the H5N1 virus, but millions more were killed purposefully, en-masse using a variety of culling methods, some of which are considered more humane than others. The AWI analysis, which is based on USDA records obtained under FOIA, found that farmers chose to use VSD+ in 73 percent of the culls orchestrated over the past few months.

VSD+ requires farmers to cut off airflow and heat their barns to 104 degrees Fahrenheit until the animals die from heatstroke. The method is only intended to be used if no other method can successfully kill the entire flock in 48 hours. But USDA records show that eight of the 12 largest culls that used VSD+ between February and March took more than 48 hours to complete. The two largest culls took 7 and 16 days, respectively. While USDA endorses the use of VSD+ in some scenarios, the killing method is opposed by a growing contingent of veterinary professionals, who say it causes extreme suffering and should be avoided at all costs.

In 2014-2015, an avian flu outbreak resulted in the death of 50 million chickens and turkeys and cost taxpayers approximately $850 million. While the current outbreak is concentrated in a handful of states, the virus has affected chicken and turkey flocks nationwide. Over the past five months, the USDA’s Animal and Plant Health Inspection Service (APHIS) has confirmed outbreaks of avian flu in 184 commercial flocks and 176 backyard flocks. The virus is also spreading in wild animals, which scientists fear will make it even harder to contain.

In Iowa, APHIS has confirmed that nearly 13.4 million birds have been infected with the avian flu virus since January. Nebraska and Pennsylvania have also seen record levels of infections, prompting calls for emergency assistance. While the USDA does not require producers to report how many animals they cull in response to an outbreak, the agency encourages them to err on the side of caution and “depopulate” birds they believe to have been exposed to the virus early and often.

“Even mild strains of animal viruses can have a catastrophic impact,” says Jones. Viruses mutate quickly on factory farms, where the lack of genetic diversity not only makes it easier for viruses to spread but also puts workers at risk of contracting the disease and spreading it to surrounding communities. Only two cases have been reported in humans thus far, and neither was fatal.

This piece has been updated to include a new video link.