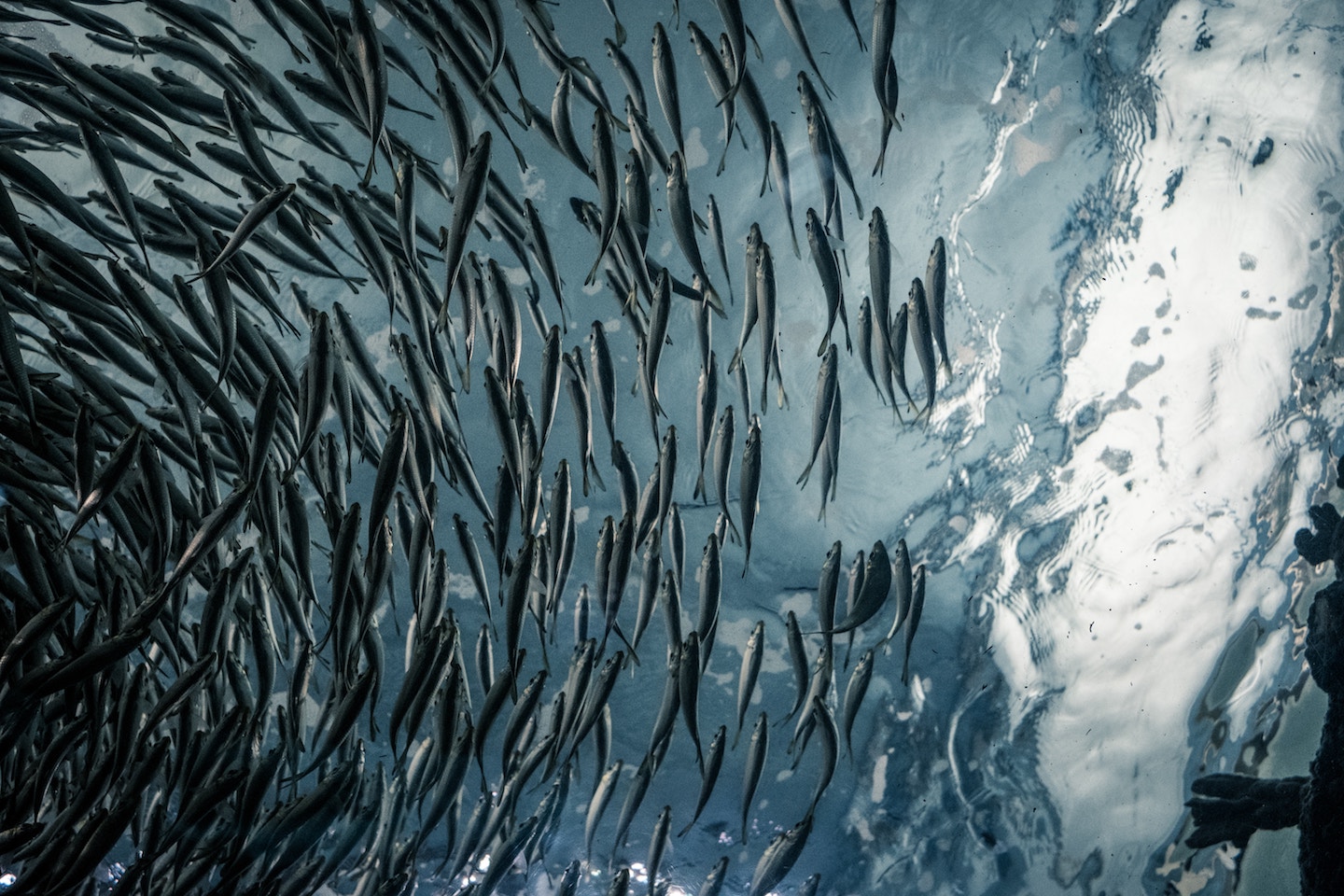 McDonalds Celebrates 50 Years of Big Mac: Estimated 11 Million Animals Have Been Slaughtered for the Sandwich

The average seafloor is about 12,000 feet below the surface. That’s 90 to 99% of Earth’s livable space, underwater. Diving even deep into the biosphere, Helen Scales’ Eye of the Shoal: A Fishwatchers Guide to Life, the Ocean and Everything (Bloomsbury Sigma 2018) showcases a side of life most people have and never will see.

Over 3,000 feet below the surface is the twilight zone, the part of the ocean that gets just a sliver of sunlight. This murky blackness plays host to a surprising amount of life: trillions of bristlemouths and lanternfish—yes, the Finding Nemo kind. Just for reference, there are 24 billion domestic chickens alive today.

Total fishing catch numbers have declined steadily at 2% per year over the last 30 years, but that’s not because we’re fishing less. It’s because the fish are running out: In fact, in 1996, scientists at the University of British Columbia declared that the world had reached peak fish.

Bottom line: Eye of the Shoal is packed with genuine excitement for underwater life, despite the challenges imposed by humankind. Readers, don’t forget to come up for air.