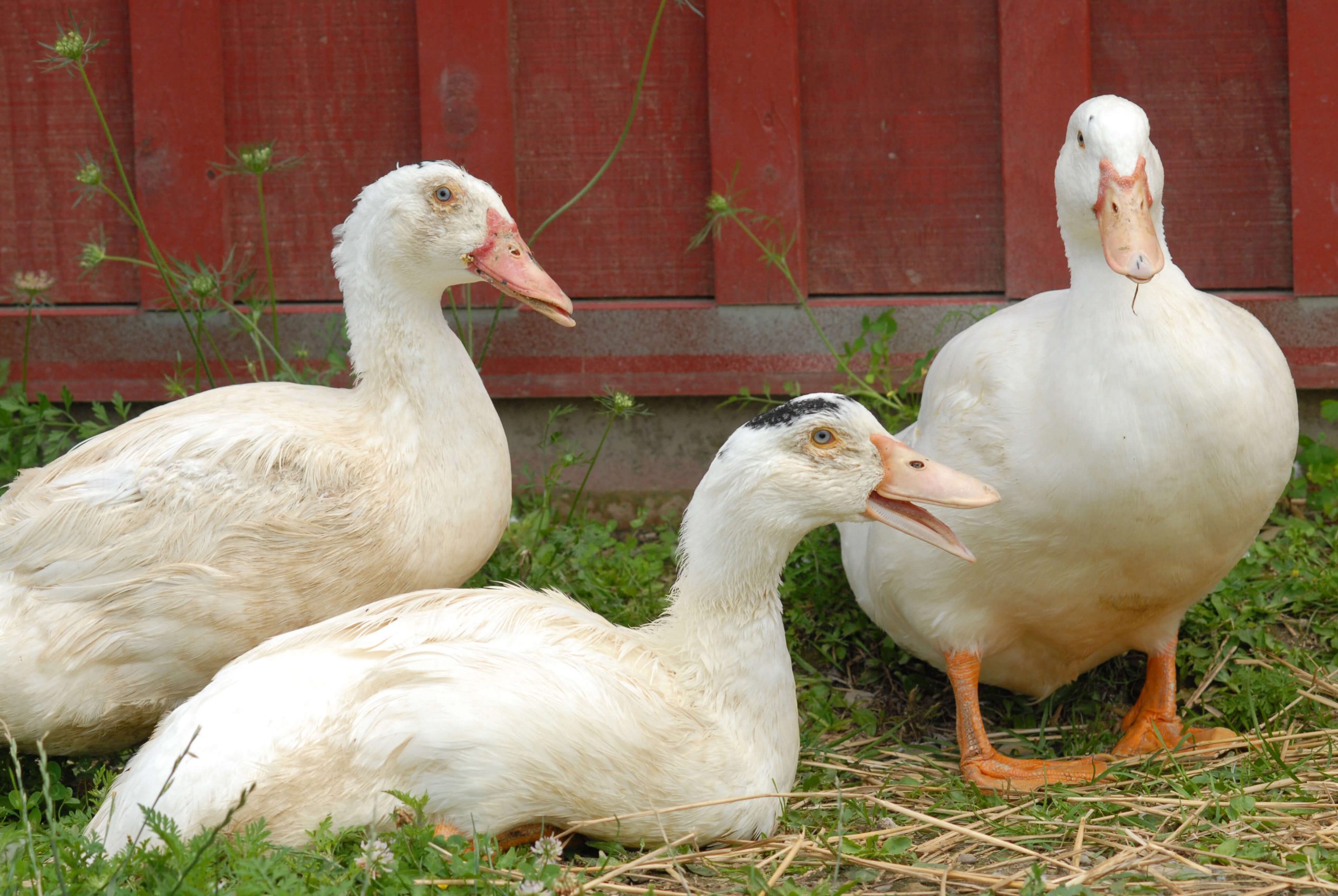 Foie gras is advertised as a delicacy around the world. But consumers who order the dish from a restaurant may not be fully aware of the cruelty behind the item they have selected.

Foie gras meaning “fatty liver” in French, is the product of force-fed ducks and geese. These birds are force-fed numerous times a day with a metal tube. The 10- to 12-inch metal tube inserted into their esophagus pumps grain, fat, and compressed air into their bodies to enlarge their livers.

Birds raised for foie gras live the entirety of their lives in cruelty. In their journeys from hatcheries, to overcrowded nursery barns, to confined feeding barns, they are not given proper care or attention. As a result, the birds on foie gras farms suffer immensely until the day they are slaughtered for their diseased livers, somewhere around the age of 3-months-old – a life they were born into but did nothing to deserve.

Farm Sanctuary, a safe haven for farm animals, has been able to provide hundreds of neglected animals the lives they deserve, including many from foie gras farms. In 2005, a rescue from a New York foie gras facility led to six ducks being saved. One of the birds died after only one week, and two of them died in the weeks to follow. The only survivors were named Kohl, Burton, and Harper. The three surviving birds were taken to Farm Sanctuary’s Watkins Glen shelter, where they were immediately transported to Cornell University Hospital for Animals for medical attention.

Upon initial arrival to Farm Sanctuary, President and Co-Founder Gene Baur said, “They had lost the will to live, they were in such pain, they had given up.”

It is because the inherent cruelty of this industry that Voters for Animals Rights, along with a coalition comprised of over 50 other nonprofit organizations, are backing Intro 1378. This bill would “prohibit the sale or offer for sale of foie gras made from force-fed birds, and in food service establishments would further prohibit the provision of such foie gras in any manner.”

With direct knowledge on how the birds in these facilities suffer their entire lives, Baur is one of the bill’s largest advocates. He wrote this letter to the members of the City Council stating, “Ducks who have come to Farm Sanctuary after being rescued from foie gras farms are among the sickest animals we have cared for in over thirty years.” 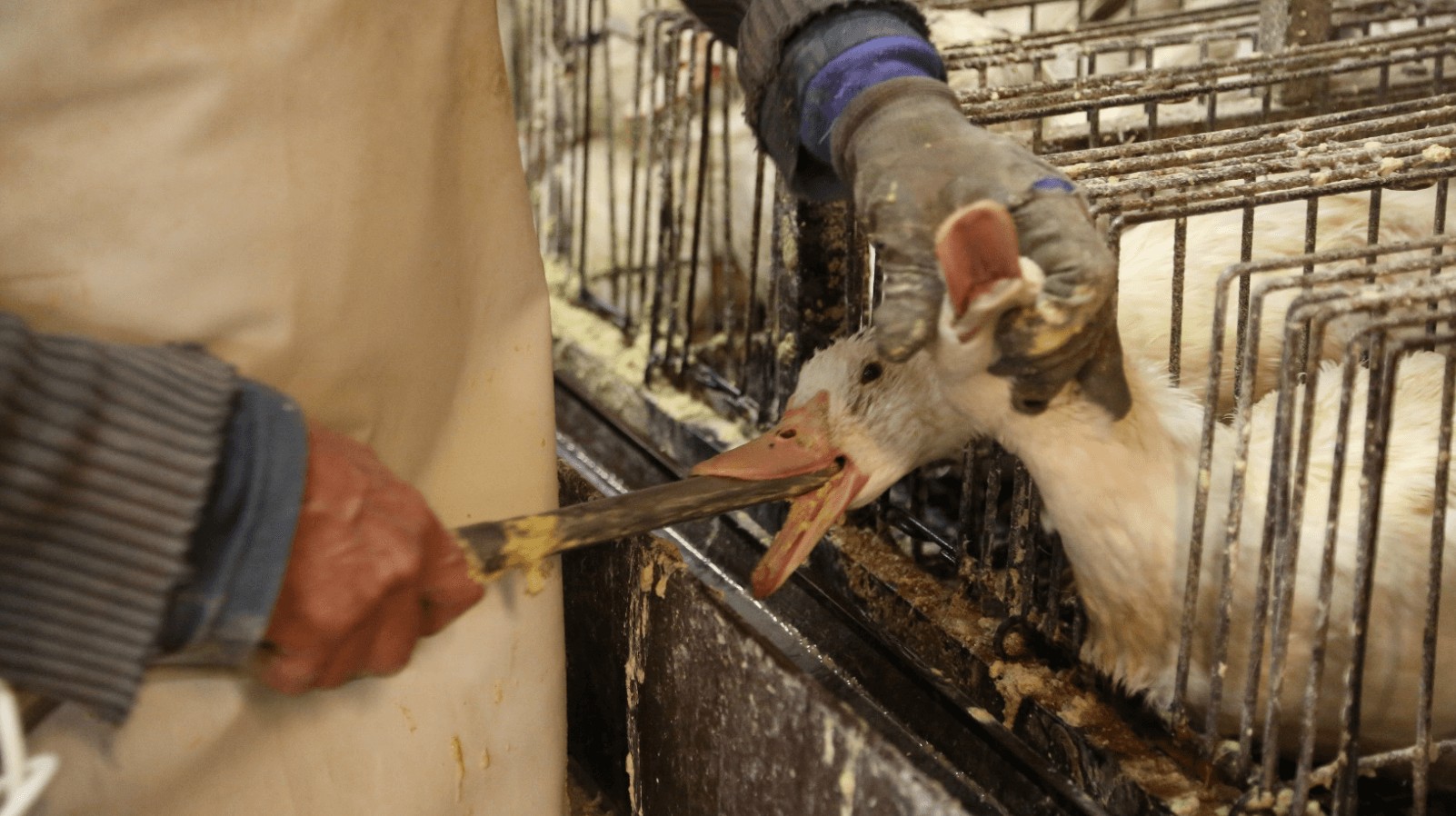 Among the birds he is referring to, are the three rescued from the New York facility. All three birds presented with harsh breath sounds, hepatic lipidosis, a diseased state of liver enlargement, and other injuries they had sustained from their previous lives at the foie gras facility. Additionally, the birds were lethargic, unable to eat on their own, and had trouble moving around.

Kohl, one of the surviving rescues, faced lifelong injuries due to his time within foie gras production. From the beginning, veterinarians noted he was standing on his hocks, which were both enlarged. He was unable to walk regularly as he had multiple unhealed breaks in his legs. Kohl’s legs remained deformed throughout his life, never regaining the ability to properly walk or swim. Regardless, Farm Sanctuary provided Kohl with the highest quality of life, ensuring he regularly received swim therapy that enabled him to float in his own pond.

Burton arrived at Farm Sanctuary stumbling under the weight of his ravaged, force-fed body. His liver was enlarged due to the force-feeding he endured at the foie gras facility, and his breathing was particularly rough, causing him to wheeze through his beak as he breathed. Burton, Kohl, and Harper, were all tube-fed formula for several weeks as they were unable to eat on their own from the trauma of being force-fed previously.

Harper was severely injured upon arrival as well. He had previously lost his left eye, presented with bumblefoot, and had a malformed bill and skull which indicated a former head trauma. After numerous blood cultures were taken, Harper’s potassium and uric acid levels were found to be dangerously low. A veterinarian prescribed medications and assigned a strict aftercare regimen.

All three of the rescued birds in 2005 were bred into an unjust industry, given a second chance at Farm Sanctuary. Without that chance, the three brothers would not have received the around-the-clock care they desperately needed in their beginning months at the sanctuary.

These birds are a painfully real reminder of the atrocities behind foie gras. They are a reminder that behind the item on a dinner menu is the life of an innocent being. They show us how the industry is concerned first and foremost with profits, not the suffering of animals under its roofs, and that human greed costs animals their lives every single day.

Kohl, Burton, and Harper lived out the remainder of their lives at Farm Sanctuary in peace. They were able to bask in the sun, swim in ponds, and be surrounded by other birds. The injuries they sustained while in the New York foie gras facility affected them for the rest of their lives, but Farm Sanctuary was able to give them the life they always deserved, despite their physical disabilities.

The New York City Council is preparing to vote on Intro 1378 sometime this fall. NYC would join the State of California, Ukraine, Denmark, and dozens of other jurisdictions in enacting a legal ban to prohibit the sale of foie gras from force-fed birds.