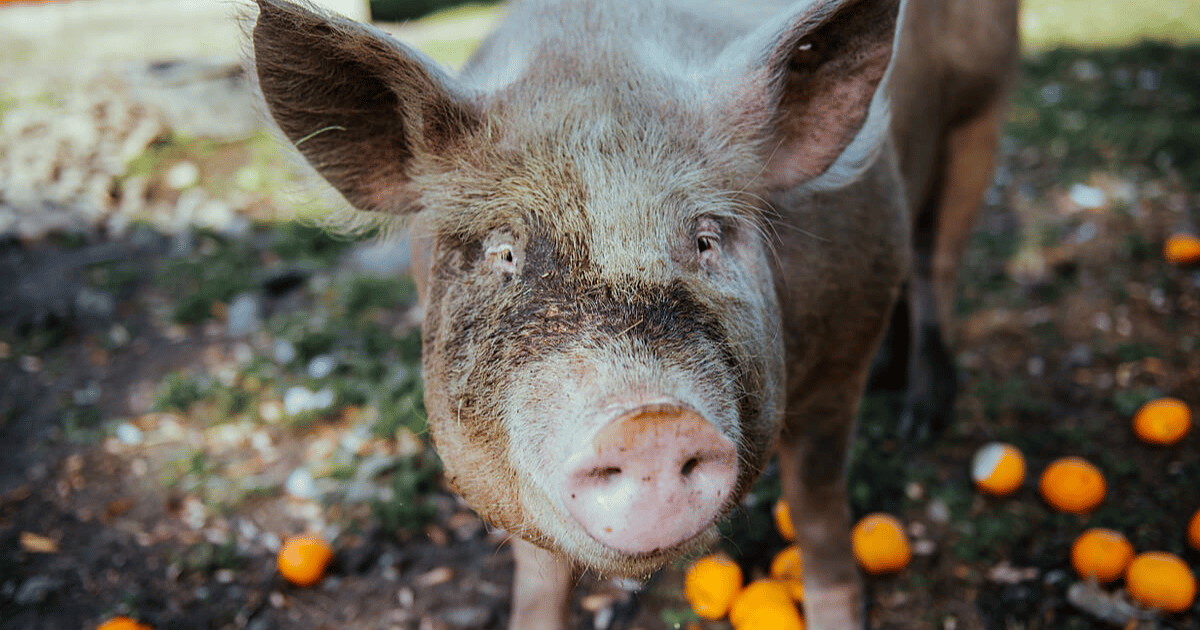 15 Animals That Mate for Life

When she’s not working tirelessly as an animal advocate, Nirva Patel is busy spending time with her husband, four children and two rabbits. Though she holds both a law and engineering degree, she was drawn to the animal rights movement after visiting an animal sanctuary in India, an experience she hopes others will share as a result of her efforts in the movement. She previously produced the documentary Game Changers and is presently the Board Chair for Farm Sanctuary. She also sits on the advisory board of the MSPCA and is currently a global policy fellow at Brooks McCormick Animal Law & Policy Program at Harvard Law School where she applies her background in law and policy to the intersections of animal agriculture and human experiences, including within India, where she first discovered her passion for animal rights. We sat down to chat with Nirva about what she has going on now, and her plans for the future.

This interview is part of a new series, Sentient Media Spotlight, that celebrates people making a profound impact in their communities.

Grace Hussain: What drove you to get involved in the animal protection movement?

Nirva Patel: My family visited a panjarapole, or sanctuary, in Gujarat, India, where I was struck first by how tightly packed the animals were but also by their freedom. Though when I left my sneakers were covered in urine, feces and dirt, I was left inspired by the fact that these animals were just living their lives. For as long as they lived, they would never be used for ghee or meat. They were no longer commodities; they were in a safe space. The experience was especially impactful because in the Indian diaspora you’re meant to drink as much milk as you possibly can, but these animals wouldn’t be used for that.

Though that experience tied animal welfare to my core beliefs, I had just graduated and needed to get a job that allowed me to pay my bills. But I knew that one day I would go back to animals.

Grace: What drew you to Farm Sanctuary?

Nirva: I was shocked when I found out that sanctuaries existed in the United States too. At first I couldn’t believe that there were people here that would buy land and just let animals live out their lives without using them for their milk or hide. And they’re treated so well. They all have names and the staff and volunteers love them. It really shows that compassion is a universal human element.

Grace: What do you hope to accomplish during your term as board chair with Farm Sanctuary?

Nirva: Farm Sanctuary has an incredible amount of resources, talented people and land. They also have a thousand animals with stories to tell and the potential to make a huge impact. When people visit the farm, they have the opportunity to interact with the animals and pet them. I believe that these interactions have a huge impact, and would love to see more research being done to measure the actual impact. We have examples of people going vegetarian after visiting the sanctuary. I would also love to see the animal protection movement continuing to work together. Sometimes there are conflicts between animal rights advocates and animal welfare advocates. Increasing our conversations, working together more and just hanging out on the farm toward our common goal of standing up for animals could alleviate so much suffering.

Grace: How do you think a visit to the farm makes a difference?

Nirva: Meeting a cow or a sheep is just like meeting a new person. When you actually interact with them, you become more interested in them. They may not be human, but you hear their stories and know they have the ability to suffer and create friendships. At our sanctuaries we have cows that are best friends; if one doesn’t eat the other won’t. In 2020, we rescued a calf and its mother from a slaughterhouse. The owner called us after seeing the cow give birth at the facility. Even though he saw all the other cows as commodities, something about that mom and her giving birth on the slaughterhouse floor made that cow an individual for him and not just a number. Getting back to your question, a visit to the farm shows people that these animals can suffer, have desires and things they want, love their families and that they love to play. It’s just an incredibly powerful experience.

Grace: How do you stay compassionate in your work?

Nirva: The reality is that these animals are tortured. There are people that enjoy torturing them and it’s sadistic. I think that if they enjoy torturing animals that they’re likely to hurt human being as well. But I’ve also seen it flipped. There are a lot of human rights violations in slaughterhouses. The line speeds are so high that workers aren’t able to go on breaks to use the bathroom. Many of them wear diapers. This isn’t new news but the pandemic really put a spotlight on the lack of consideration being shown to the employees of these facilities. Having to slit their throats or watch the animals march to their demise causes mental trauma to them, but the staff need a job and working in a slaughterhouse is a pretty steady job.

Despite the violent stories that I know, I can’t polarize myself from other people. I do get mad and feel extremely sad, but I try to focus on the positive stories of people that have sponsored animals through Farm Sanctuary or become obsessed with Beyond Burger after insisting they’d never try it. There is more good than bad.

Grace: You’ve been doing a lot of local activism as well. Could you talk a little bit about that, and how that sort of developed and where that is?

Nirva: I realized that I was working on a national scale but that I could make a real impact in my own little town through local organizing. I was originally inspired to ban fur in my town by another person who had taken the same action in a nearby town. I did some research, found out how she had done it, learned about the political structure of my town and set to work. In my town there’s an open vote; the whole town comes together and someone will simply gauge from the room whether half or two thirds of the attendees support the measure. If they think that there’s a majority in support, the measure becomes law then and there. The fur ban passed during the May 2021 meeting. Before the measure could be brought up in the meeting, I had to get enough signatures on a petition. During the pandemic, I didn’t know where else to meet people except at the dump while they were taking out the trash. My family and I would go out there and hold a sign, talking to people and collecting signatures. My children still talk about it to this day.

Grace: Do you have anything that you would like to add that you feel is important for people to know?

Nirva: I think that there’s a misconception that plant based eating is very expensive. It doesn’t have to be. Every week I prepare a batch of dhal and rice and just keep it in the fridge. I’ll eat that for at least one meal a day. There are so many different types of dhal, and it’s so healthy and very cheap. You can add simple veggies such as potatoes, tomatoes, peas, cauliflower and spices. The Indian diet is unbelievable. You can be a Beyond Burger type of vegan but most are not. They’re following a more simple diet that is way more in sync with your body, metabolism, digestion and your wallet.

Nirva Patel can be reached by email at [email protected]