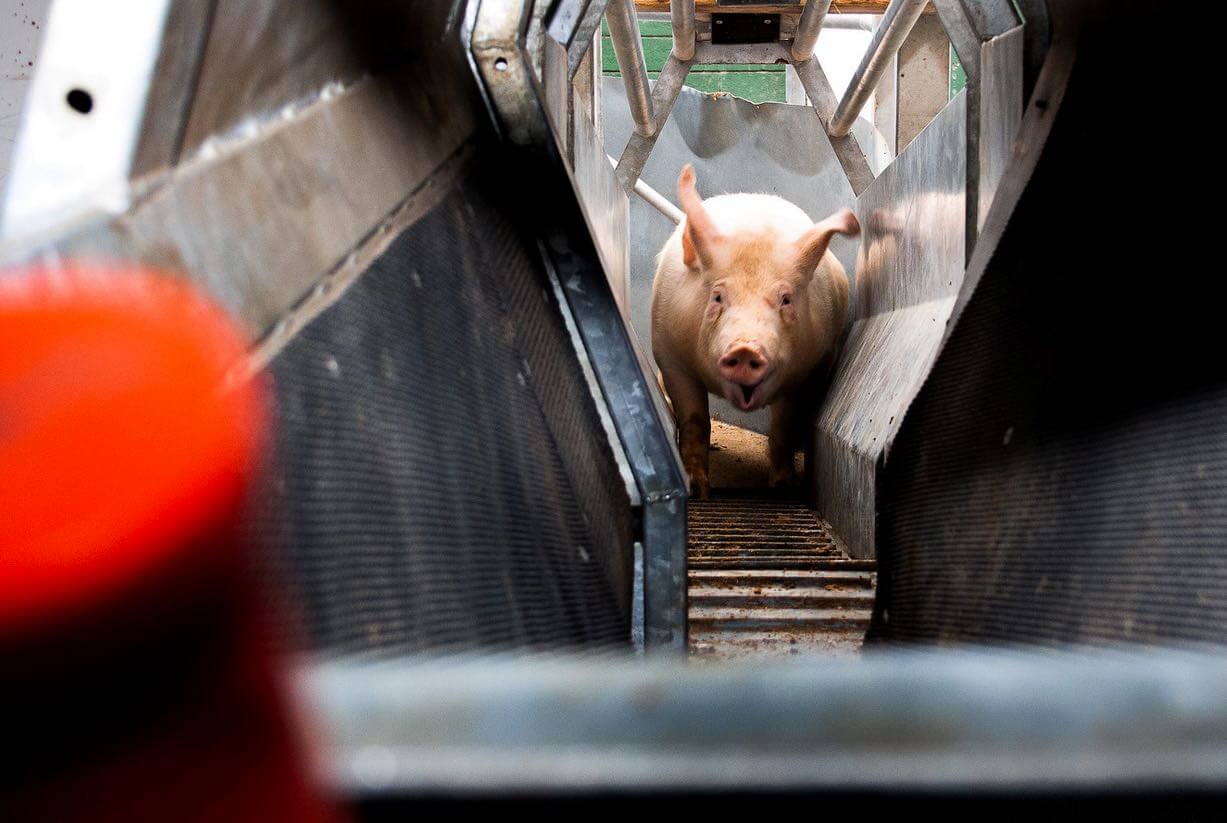 New footage from Animal Equality shows the disturbing reality inside an Italian pig slaughterhouse. The violence is savage, but not outside the norm.

Sean Thomas is Animal Equality’s Director of Investigation. In his 15 years in the field, he has seen the intense normalization of violence on factory farms from the inside out. Investigators have a sympathetic lense when they arrive on assignment. They’re anticipating capturing cruelty. It’s a safe bet.

At this slaughterhouse in Lombardy, Italy, the violence captured by investigators is agonizing to watch – let alone feel. The video shows pigs being slaughtered while still conscious. Farm operators stab pigs with an electric prod. The pigs heave their bodies at the cold metal bars of the slaughterhouse, trying in vain to escape. Many pigs were left to bleed to death while still conscious. Sadly, this is standard practice across the animal farming industry.

“You lose sight of the individual expression that this is a living animal,” said Thomas. This process is referred to in industry-speak as “mechanized killing.”

Slaughterhouses run like machines hell-bent on violence. With each stun that fails to render a pig unconscious and every crudely placed slit to the throat of a living, breathing animal and every worker told not to care, the machine drones on. The larger system at play – the intensive animal farming industry – is very aware of what is happening. It’s no coincidence that as slaughter speeds continue to quicken, so does the pace of cruelty.

According to Animal Equality, many European countries have already moved to minimize the brutality of slaughter, but not enough. Great Britain recently introduced closed-circuit television cameras to monitor slaughterhouses. France is piloting a similar measure.

“Despite the political stalemate, it’s essential we move forward to find concrete solutions. As shown by our video evidence and investigations, it’s necessary to introduce specific laws that will minimize the suffering of all those animals who are sentenced every year to slaughter in our country,” said Matteo Cupi, Executive Director of Animal Equality Italy.

Since 2018, Animal Equality Italy has collected the support and signatures of over 140,000 Italian citizens who want stronger laws to protect and promote the welfare of farm animals.

In Italy, about 8.5 million pigs are killed for food every year. Their lives are filled with needless suffering, suffering that we started and only we humans can end.