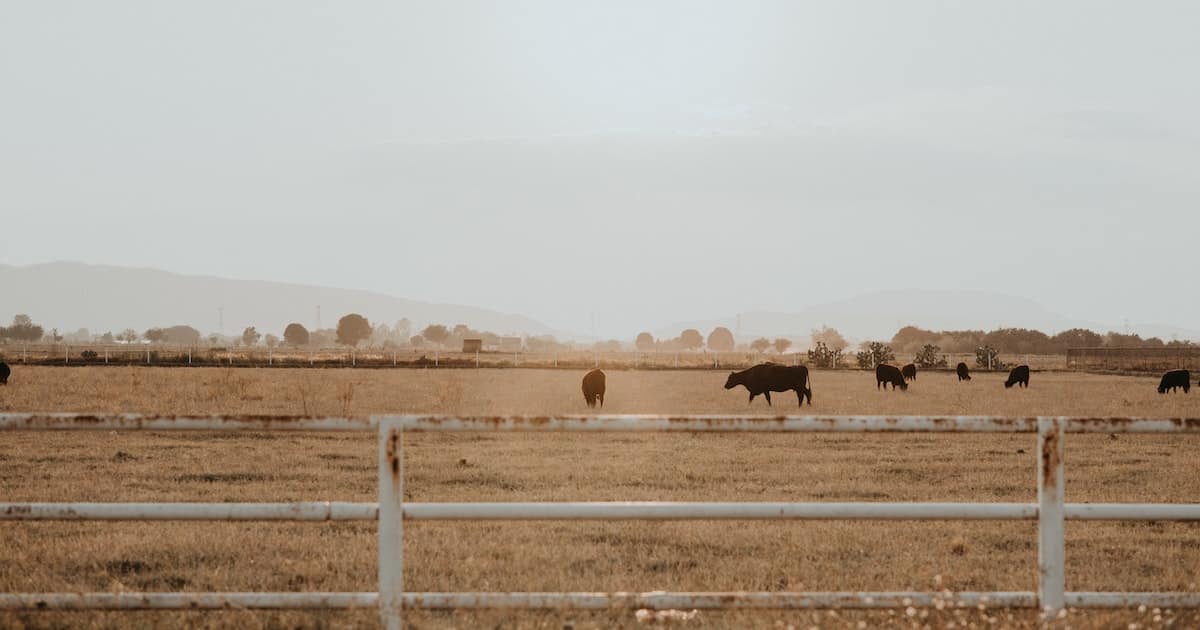 Throughout November, hundreds of people donated thousands of pounds in an attempt to buy a seven-acre plot of land previously used for grazing dairy cows. The crowdfunding campaign was the second time the Vegan Land Movement (VLM) attempted to buy out former grazing land in as many years, with the aim of rewilding it.

Buying land to rewild is becoming popular in Britain, spawning many individual and community initiatives and at least one business venture. Millionaire Julia Davies has started lending money to NGOs and communities to help them buy up land. Corporations, controversially, are also buying land to use for “offsetting” their carbon emissions by planting trees. One non-profit group, Heal Rewildling, is similar to VLM in that it is a crowdfunding project aiming to buy ecologically degraded land. But VLM, which recently became a Community Interest Company (CIC), is unique in that it mainly aims to buy land used for animal agriculture and is founded on a set of vegan principles, laid out in full in its 16-page constitution (a short version is available here).

The group’s first buyout of a 3.3-acre plot in Somerset happened in September 2020, after a frenzied fundraising effort. “We had two weeks to raise £20,000,” says VLM founder Gina Bates, an animal rights activist and veganic farmer in the Scottish Highlands. “And we just did it. It was just crazy. We actually raised £30,000. We had a man in Manila who donated £3,000. People were just throwing thousands of pounds in. There were just so many people who wanted to take land back and protect it.” The most recent effort attracted similar levels of enthusiasm, with one supporter having committed £5,000 once the crowdfunder reached £25,000.

The Somerset plot is now in the process of being rewilded, with Bates and others recently having planted hundreds of native oak trees on it. Bates describes it as “a little oasis” in a “patchwork of grazing land.” Though one of the principles of the VLM is to promote non-interventionist rewilding, “in the situation we’re in we need to sort of try and help it by planting trees,” she says. Being surrounded by enclosed grazing land, there is little in the way of trees or vegetation nearby that could seed the plot on their own.

One of the more radical elements of the constitution is that “the Earth is the designated beneficiary” of VLM, meaning “all use of land held by the VLM CIC must benefit local ecosystems and its inhabitants” rather than any human interest. This doesn’t mean that rewilding is the only activity permitted on land purchased by VLM; veganic farming or establishing community orchards, for example, are allowed, as long as they put the interests of other species first and any profits made from selling produce are used for purchasing more land. In this way, says Bates, the constitution “actually recognizes the nonhuman species as part of the community.”

This veers close to the idea of giving property rights to wildlife which has been expounded as a solution to habitat loss by a handful of philosophers and, most recently, U.S. law professor Karen Bradshaw. In Bradshaw’s proposal, wildlife would be the beneficiary of a trust for a given piece of property, but that would not automatically exclude human pursuits like hunting if it were decided by the trustees to be beneficial to the ecosystem. But VLM’s constitution forbids killing animals even for conservation purposes under its promotion of a so-called ‘eco-vegan’ ethic, stating that “eco-veganism does not sacrifice specimens for the good of the whole.”

These principles clearly appeal to those who believe in the rights of individual animals and want to protect wildlife⁠—two positions that don’t always overlap⁠—and Bates is good at getting them to put their money where their mouth is. Instead of just sharing graphic images from inside animal farms to try to turn people off of animal-based foods, she argues they should actively be trying to create the world they want to see, one without animal agriculture. Buying back land is a tangible way to make that happen. Every acre, she argues, that can be taken away from animal agriculture and given back to nature saves lives.

Inevitably, there has been backlash from some livestock farmers⁠—both against VLM and the broader rewilding movement when it explicitly advocates for ‘sparing’ land from animal-based food production for nature. For example, when Bates first tried to raise money for a plot of farmland up for auction, she didn’t keep the plot or her motives a secret. That turned out to be a mistake. It spread around Twitter and caught the attention of livestock farmers who, she says, “all clubbed together” against “these vegans thinking they can buy this land.” When VLM was outbid, she suspected it was by them. Bates has learned from the experience and now keeps the locations of other plots she is eyeing close to her chest.

The politics of vegans taking land away from animal agriculture may be fraught, but as a strategy for restoring habitat for wildlife, it is better than doing nothing. “Nature is almost certainly better off just from this one intervention,” says Ben Balmford, a researcher on biodiversity economics at the University of Exeter. But, he adds, the larger and more connected wildlife habitat is, the better. Bates agrees. “It would be fantastic to link plots” purchased by VLM, she says.

Balmford has previously published research on how sparing land for nature conservation is better for biodiversity than a ‘land sharing’ model where agricultural land is made more wildlife-friendly. Other studies have also concluded that removing grazing livestock from land is better for nature; one meta-analysis of 109 studies found that “Across all animals, livestock exclusion increased abundance and diversity.” Neither this nor Balmford’s research focus specifically on British landscapes, but with the majority of the UK’s land being used for livestock grazing and its wildlife being severely diminished, it is clear that the ratio of wild to farmed land needs to change.

But, Balmford warns, simply taking a piece of grazing land out of production will likely not reduce the overall production from livestock farming by the amount that previously occurred on that land. He says that VLM’s purchase of the land “means that there is a slight increase in the price of dairy products.” As a result, some people may buy less dairy, “which is almost certainly a good thing.” But it will also result in some farmers producing more dairy either by intensifying or expanding their farm which, Balmford says, “will almost certainly harm nature.”

This suggests that VLM’s strategy, and that of other rewilding projects that restore former grazing land, would be most effective if there were a concomitant reduction in the production targets for meat and dairy, something which would require policy intervention. Even so, Balmford believes that on balance “the VLM intervention would net be positive” for nature.

Bates certainly isn’t waiting on policy change, nor is she deterred by having been outbid in late November for the piece of grazing land she had aimed to purchase. In fact, VLM has just used the money raised to quietly bid on another seven-acre plot that came up for auction in Somerset—and won. Bates and VLM volunteers will start planting trees there in January. In her view, it’s essential to start “creating these alternatives” for how land is used, “because if we don’t,” she says, “it’s not going to happen, or it’s going to happen too slowly.”