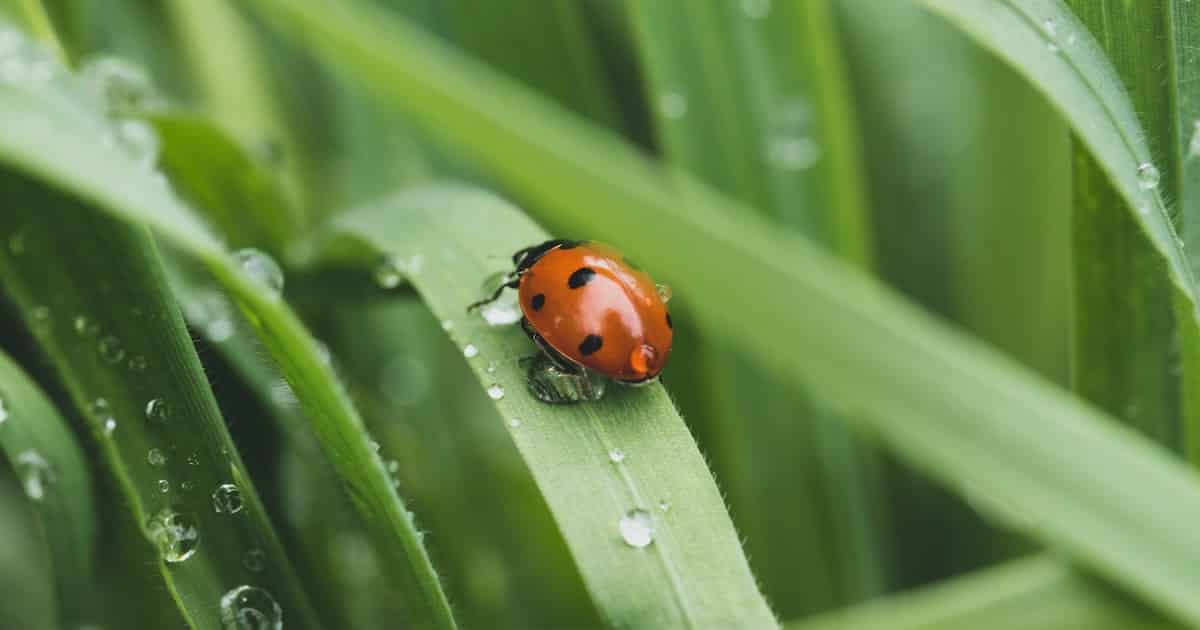 How This Traditional Farming Practice Became a Top Climate Solution

All of life is interconnected, and a food web is one way to show how important each plant, animal, fungus, and bacteria is to habitats around the world.

What Is a Simple Definition of a Food Web?

A food web is a visual way to show what the organisms in a habitat eat. It is a diagram that illustrates how food chains are connected and form an ecosystem because most species eat more than just one kind of food.

A food web is usually divided into three levels, also called trophic levels: producers, consumers, and decomposers. Consumers further break down into primary, secondary, and tertiary categories. These mean herbivores who eat only plants, the animals that prey on herbivores, and the animals who prey on those predators.

What Is a Producer in a Food Web?

A producer makes their own food and is usually a plant, like grass, or algae, but can be bacteria. Plants use the sun’s energy to make their own food. The process of producing one’s own food used by plants is called photosynthesis.

What Is a Consumer in a Food Web?

What Is a Decomposer in a Food Web?

Decomposers are the fungi, bacteria, plants, and animals that break down the matter that we leave behind when we die. Dead animals and plants are food for decomposers. Examples of decomposers include mushrooms and worms. Decomposers help nutrients that are left behind by the dead plants and animals return to the soil. These nutrients in the soil then feed plants.

Food web diagrams can be found in children’s books about science or academic journal articles about specific places. In Christiane Dorion and Beverley Young’s “How the World Works,” a pop-up book aimed at ages 7 to 12, a woodland food web resembles an abstracted ball of yarn. It’s a connect-the-dots spiral where each connection is an arrow, and each dot is a type of plant or animal.

The spiral is centered around plants. Plants are food for field mice, aphids, caterpillars, fungi, thrushes (a type of bird), and slugs and snails.

In a paper for the Proceedings of the National Academy of Sciences, Joel Cohen, Tomas Jonsson, and Stephen Carpenter depicted a food web of what seems to be 51 species residing at a small lake in Michigan. Their food web accounted for the body size of each species and how abundant the species was, among other characteristics. Their food web looks somewhat like a pyramid in its shape.

A food web shows how all the food chains in a habitat or ecosystem are connected. Each food chain in a food web is a group of living (and nonliving) beings that depend on each other.

What Are the Different Types of Food Webs?

There are many ways to illustrate the connections between living and nonliving beings in nature, given how complex the interactions can be. For example, food webs can be configured to show not just how species feed on each other (connectedness web), but also other types of relationships: the flow of energy (energy flow), or the extent to which a population of species can influence another species to grow (functional web).

Grazing food webs start with producers, or plants, and go on to describe the consumers, or animals, who eat them. It’s comprised of green food chains that start with living plants. However, more than 90 percent of producers in terrestrial ecosystems end up as fodder for the detrital, or brown, food web.

Most plants are eaten after they die and are rotting. What happens to these dead plants and other detritus, also known as decaying or nonliving matter, is the focus of the detrital food web. It’s a web of brown food chains linked together. Microbes and other scavengers eat detritus. In a detrital food web, a pill bug eats detritus, for example, and is later eaten alive by a snake, who in turn is eaten by a bird of prey. The snake might also eat a grasshopper. An earthworm might also eat detritus, and in turn, be eaten by the same predator bird who ate the snake.

What Are the Applications of Food Webs?

Scientists use food webs to talk about how energy and nutrients flow through an ecosystem. But there are many ways to look at nature through the lens of food webs. Dafeng Hui writes about four applications of food webs in “Food Web: Concept and Applications,” published in Nature Education Knowledge, outlined below.

The primary way that people use food webs is to show “feeding relationships within a community,” writes Hui. It is a method of sorting creatures into categories such as producers and consumers, which helps scientists understand how different species interact with each other.

To Illustrate Indirect Interactions Among Species

A food web can also show how a third species influences the relationships between two other species. Hui describes two separate examples of indirect interactions within food webs: starfish as keystone predators, and the impact of adding a fish to a pond to help plants on land reproduce.

The removal of a keystone predator can drastically change the biodiversity of a place and unravel its structure, because of how these top predators in a food web are able to “keep the populations of lower-level consumers in check.” Pisaster starfish have been found to regulate populations of barnacles, mussels, and limpets and increase biodiversity.

Ponds with fish have fewer dragonfly larvae, and fewer dragonflies that eat pollinators like bees and butterflies, and therefore have better nearby populations of plants that require pollination.

To Study Bottom-Up or Top-Down Control of Community Structure

Another phenomenon that scientists observe is top-down control when a top-level consumer can control the populations at lower trophic levels. For example, land plots with birds are likely to have fewer insects and therefore less leaf damage than land plots without birds.

Food webs also include people, and the following examples of food webs highlight the protective actions of Native land stewards in shaping “three-quarters of Earth’s land for thousands of years.” As Gabriel Popkin writes in National Geographic, seemingly “natural” landscapes and their ecosystems, long described by Western science as untouched by humans, were often the result of careful land management by Indigenous peoples. The resulting biodiversity is something that we now often mourn and try to preserve in the face of its continual loss as a result of global colonization and developments like commodity agriculture.

The Martu, the original land stewards of a desert region in Western Australia, were first contacted by colonizers in the mid-20th century. Colonizers displaced the Martu from their homes and took their lands as locations to test military weapons. Researcher Rebecca Bliege Bird found that the Martu’s use of traditional, controlled hunting fires prevented larger wildfires and created habitat for dingos as well as other animals. Without the fires, dingos could not exclude invasive cats and foxes who reduced the diversity of small mammal species.

The forced removal of the Martu created major environmental effects throughout the region. Bird and her team compared the food webs of life before and after the Martu were removed from their territories and found that the invasion of Europeans “led to the largest mammalian extinction event ever recorded.”

A team of Indigenous and non-Indigenous scientists and researchers documented that native Yurok and Karuk people in northern California used traditional fire practices to manage the growth of oak trees. The fires also killed insects that would have otherwise made acorns from the trees inedible. The burning practices were also important for producing more hazelnut trees, which fed people and gave them materials to make baskets.

According to Susanne Vetter, a plant ecologist, large areas of Africa, Asia and South America covered by savanna and grassland are being incorrectly targeted for forest restoration. Grasslands can include patches of forests, but efforts to plant trees there in the name of the environment tend to disregard “local social and ecological contexts.” Vetter supports the traditional practices of nomadic or semi-nomadic pastoral communities in African grasslands, and rejects modern intensive land use such as plowing.

In the Arctic region, Inuit communities and non-Inuit scientists have documented the plastics that seabirds were ingesting for decades. As a result of eating top predators in marine ecosystems, coastal Indigenous communities are often exposed at greater rates than non-Indigenous communities to toxins from plastics that contaminate the marine food web from one trophic level to the next. The testimony of Sheila Watt-Cloutier, president of the Inuit Circumpolar Council of Canada, spurred international policymakers to action at the Stockholm Convention. It is an international agreement to outlaw twelve persistent organic pollutants bioaccumulate through the food web, posing a risk to human health, wildlife, and the environment.

In Plastic Legacies, Stephenie Borrelle, Jennifer Provencher, and Tina Ngata explain the importance of Indigenous science in shaping and progressing research on how to protect ecosystems from plastics contamination. The acceptance of Indigenous knowledge by non-Indigenous scientists, along with the understanding that colonial history has harmed the relationships between Indigenous peoples and their lands, are also important for decolonization. A current collaboration between Indigenous and non-Indigenous scientists in the Arctic is the study of how seabirds may expel microplastics into the environment through their feces.

Food webs can be an accessible way to understand how local ecosystems work. You can read more about food webs in books and articles about the topic either online or in the library, including the ones linked in the article above.

Got Milk? How School Lunches Are Making Kids Sick