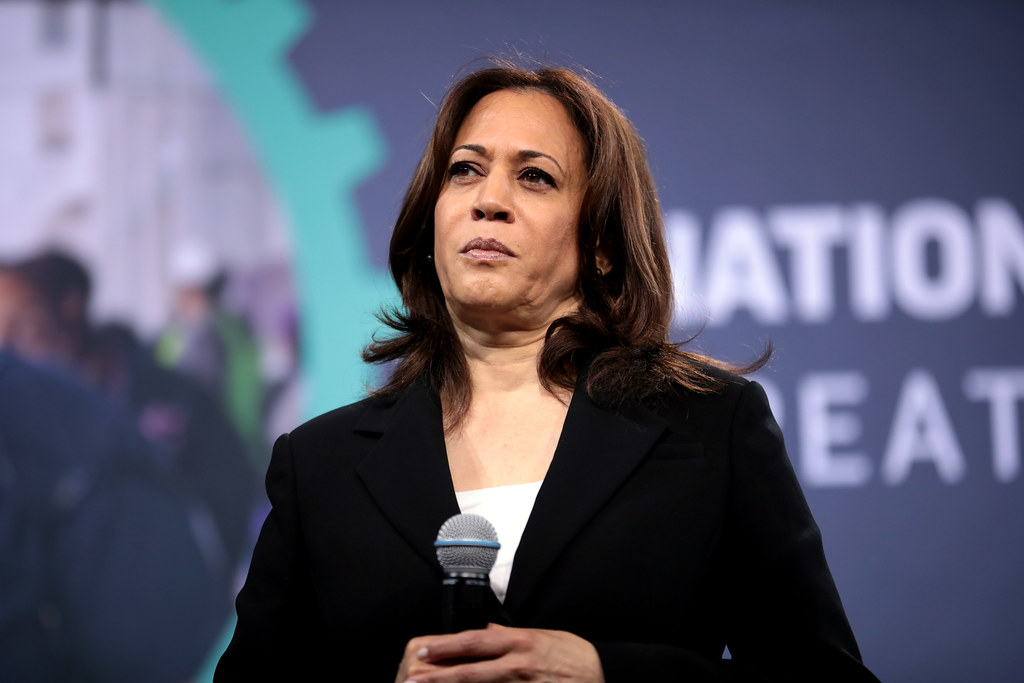 Plant-Based Diet: How Eating Well Can Keep You Young

Aidan Cook, an animal rights activist for Direct Action Everywhere (DxE) caused a firestorm of controversy on Saturday when he jumped on the stage at a MoveOn event in San Francisco where Sen. Kamala D. Harris (D-Calif.) was speaking. In a now infamous video, Cook is seen grabbing Harris’s microphone and attempting to ask a question before being stopped by the panel’s moderator, Karine Jean-Pierre. DxE co-founder Wayne Hsiung released a detailed statement shortly after the incident explaining Cook’s intentions, saying the action was intended to bring attention to a disconnect between Democratic presidential candidates and voters. “Progressive candidates should be advocating for vulnerable populations,” said Hsiung, “not abusive corporations.” Specifically, said Hsiung, “we’re asking for the the party to end its support for corporate Big Ag.”

The disruption, which occurred not at a Democratic Party event but instead at the more progressive MoveOn organization, coincided with the Animal Liberation Conference in Berkeley, an annual conference for grassroots, nonviolent animal rights activists. The conference offers opportunities to network and take part in direct action and demonstrations and featured Democracy Now!’s Amy Goodman as the keynote speaker.

The MoveOn event on Saturday at which Harris spoke was a “Big Ideas” forum, and Harris was one of many Democratic speakers presenting campaign platforms. Harris presented her plans to close the gender pay gap if elected. Harris, by calling for equal pay, implicitly registers herself with feminist-identified voters. But feminist voters should know that supporting a candidate for president who doesn’t call for the end of dairy farming, an industry that relies on the sexual exploitation and subjugation of cows and separation from their babies requires turning a blind eye to core feminist issues. As Carol J. Adams says in her book, The Sexual Politics of Meat: A Feminist-Vegetarian Critical Theory, “the dairy industry is incompatible with feminism.” Gender politics and human rights are intrinsically connected to animal rights: just ask Angela Davis. Feminist or not, voters should hold presidential candidates to the same standards that true advocates for human rights like Davis have upheld for decades.

The optics of Aidan Cook’s disruption were bad not only because a white male rushed onstage and took the mic from a woman of color. Cook’s actions also widen the divide between two movements that are actually closely linked: human rights and animal rights. Animal exploitation, particularly the industrial abuse on factory farms, is a symptom of a larger structure of exploitative power dynamics and assumptions of supremacy. By taking the mic, the activist sought to disrupt the power dynamic to deliver his message. Unfortunately, instead of doing that, the incident was widely viewed as an embodiment of white male privilege. This action, which was seen to be tone deaf at best and racist and misogynistic at worst, also makes the animal rights movement seem disrespectful, a characterization that won’t help the cause gain political allies and create change. The incident should also serve as a reminder of the inherently toxic power dynamics at play not only in factory farms, but in any setting where an animal is killed for food or its skin, or exploited for scientific testing or entertainment.

While outrage over the disruption is understandable, voters should pay attention to DxE’s message, and demand that all presidential candidates make animal rights part of their platform. DxE’s message comes at a crucial time, as many Democratic presidential candidates continue to support the meat and dairy industry despite mounting evidence of its grave threats to human health, massive contribution to the climate crisis, and animal cruelty. All too often, animal rights issues receive sparse media coverage, and while Cook’s disruption has garnered plenty of bad press, Democratic candidates should nevertheless take animal rights seriously if they want to be considered progressive.

Indeed, even the most progressive Democrats are in the pocket of Big Ag: Elizabeth Warren co-sponsored the Dairy PRIDE Act, which seeks to prevent the use of the word “milk” for labeling of plant-based milk alternatives and is effectively a corporate handout to industrial dairy. And speaking of Democratic support of corporate subsidies, the 2018 Farm Bill, which brought over $100 billion in subsidies to industrial agriculture and factory farms, received near-unanimous Democratic Party support. While many Democrats tout messages that such legislation helps the “small farmer,” these bills in fact squash small scale farmers out of business and destroy livelihoods (and sometimes lives) all while causing grave harm to the environment and committing perpetual abuses against animals.

And Big Agriculture isn’t just hell for animals, it’s hell for humans, too. To keep costs down and profits high, slaughterhouses employ undocumented immigrants and exploit their vulnerability. Human Rights Watch stated in a 2005 report that meat and poultry industry employers habitually violate basic human rights and labor rights. Human Rights Watch has also documented the aggressive union-busting among slaughterhouse employers. For any Democratic candidate, this alone should be reason to divest from Big Agriculture.

The activist’s actions were certainly problematic, but the continual dismissal of animal rights issues as a fringe agenda of the white and privileged is not only wrong, it’s putting our climate and the health of millions in grave danger. It’s easy and justified to be outraged at a display of white male privilege at play in the incident at the Big Ideas Forum. If our outrage stops there, however, we achieve nothing. For anyone who cares about human rights and creating a more just world for all sentient beings, dismantling Big Agriculture, and particularly abolishing factory farms, should be a priority. Voters should demand that progressive politicians stop their support of abusive animal agriculture if they want to be taken seriously.