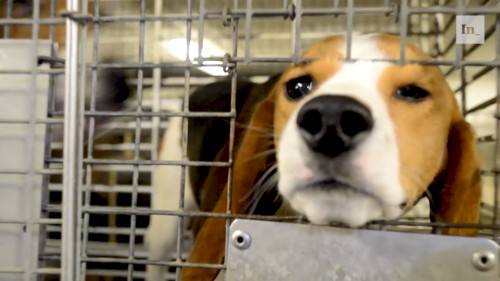 Sentient Media is proud to support The Intercept’s video coverage of dog farming.

The Intercept exposes “a largely hidden, poorly regulated, and highly profitable industry in the United States that has a gruesome function: breeding dogs for the sole purpose of often torturous experimentation, after which the dogs are killed because they are no longer of use.” Sentient Media supported the video covering a rescue operation conducted on a farm with nearly 4,000 dogs.

Read more at the Intercept.