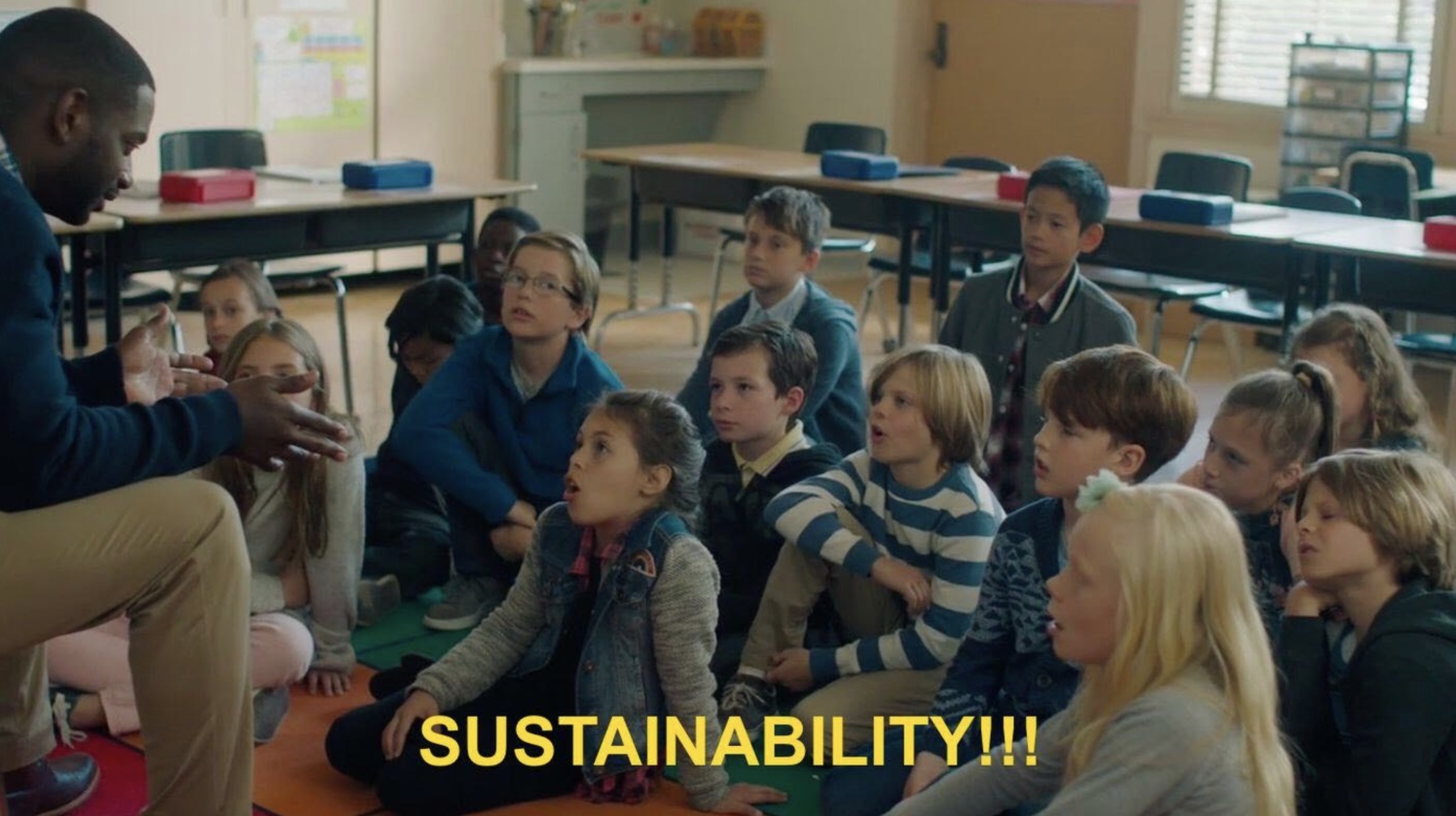 This article contains spoilers for the HBO series Big Little Lies in general, and spoilers for a recent episode, “The End of the World.”

Dealing with issues as timeless and timely as domestic violence among members of the wealthy enclave in Monterey, CA, Big Little Lies understands a lot of the nuances amidst and following trauma and toxic relationships. With a progressive ethos and six strong female leads, Big Little Lies takes on serious issues such as sexual violence and the experience of raising a child who is the product of rape. As is the case in many affluent communities across America, these women appear to have it all. But in reality, they all are struggling with their own trauma and hardships.

Following a heavy scene in which Meryl Streep’s character shares with her son’s rape victim that she doesn’t want to believe her son is evil, the show cuts to a classroom scene with the main characters’ six children and other students. Notably, the class has a black, male teacher, which is a rarity in schools—while 20% of teachers are people of color, only 2% of teachers are black men.

The classroom scene is by no means the main point of the episode or even a major scene. Other characters are going through their versions of the end of the world, from facing the potential of divorce to prison. The scene serves a dual purpose: to reveal that one of the main characters’ daughters, Amabella, is suffering from anxiety over the end of the world (because of climate change), and the classroom scene ends with finding her nearly passed out from a panic attack in a schoolroom closet. According to a child psychiatrist that examines her during the episode, Amabella has internalized the message that we’re ecologically doomed.

The scene’s other overarching purpose is to set up a conflict between the parents and educators over whether second graders ought to learn about climate change. Most of the parents are outraged that the teachers have the audacity to discuss real-world issues with their seven-year-old children. The educators point out that climate change already impacts the children and takes a toll on them, and it’s healthy for them to have a space to safely process it.

The scene opens with the teacher, Perkins, reading Charlotte’s Web to the second-grade class, “What a tangled web we weave when first, we practice to deceive.” One child, Ziggy, interrupts, arguing that Charlotte didn’t say anything about a tangled web, she said “Some Pig.” Perkins replies, “She certainly spun one. I mean, she made Wilbur out to be an outlier, when in truth, he was kinda ordinary…” And Wilbur was an ordinary pig, observed to be as intelligent and emotionally sensitive as a three-year-old human.

Then Perkins asks Ziggy if this makes her a liar. He gives a precocious answer, saying after a brief pause that it makes her a grown-up because that is what grown-ups do: they lie to protect those they love. Another child, Chloe Mackenzie, gives a strikingly perceptive answer as well about why Charlotte said “Some Pig”: she was rebranding him, of course! Rebranding him into an individual who matters enough to not be slaughtered for human consumption. By spinning a web that said, “Some Pig,” Charlotte was trying to garner sympathy from the farmer that was planning to slaughter Wilbur for food.

The teacher asks the class if they want to know what he thinks. They all enthusiastically say “Mhm.” Then Perkins shares that “I think Charlotte didn’t want Wilbur to get eaten. I don’t think she wanted any pig to be eaten, and we all know why right?” And without missing a beat, the class in unison answers, “Sustainability!” And he responds “Exactly, exactly. How many gallons of water does it take to make a single pound of sausage?” The answer, which the class knows, is 1,000 gallons.

Perkins crystallizes the environmental waste of raising pigs for consumption by asking the class how many showers that adds up to. Again, the class knows and replies immediately in unison: “Over 50 showers.”

To liberal environmentalists, the scene is simply beautiful and a relief that the children are engaging with the reality of farmed animals’ ecological footprint. However, for animal rights advocates, the scene is frustrating because it completely misses the point of Charlotte’s Web.

And by dodging the ethics of raising animals for the sole purpose of killing them for human consumption, the teacher (and therefore the show) reinforces the notion that we ought to not eat the other animals because it suits our survival interests in the long-term. Instead of refraining from eating others because it is morally wrong, the children are being taught that it is irresponsible to eat animals simply because it is environmentally unsustainable. It fails to take into account that Wilbur, or any other pig, regardless of one’s intelligence, is an individual who doesn’t deserve to die or suffer to please another’s taste buds for a moment of fleeting pleasure.

The point of this article is not to debate whether the teacher was right over why Charlotte didn’t want Wilbur to be slaughtered. The point is to consider that the show is either self-aware of liberal bias and ignorance toward the lives of farmed animals, or simply expressing its liberal ignorance in this scene.

While Perkins is correct in stating that raising pigs for meat is not ecologically sustainable, he is wrong to share with the class that Charlotte cares about the carbon footprint of raising pig rather than saving Wilbur’s actual life. That is the whole point of Charlotte’s Web. Charlotte certainly cared about Wilbur as an individual, one who deserves to live and not die to satisfy a human’s appetite.

It’s great that the fictitious educators are teaching young students about the unsustainability of raising animals for human consumption. But the real moral of Charlotte’s Web is that Wilbur doesn’t deserve to be slaughtered in order for humans to eat him.

As a moral tale, there is no grand ecological message to be taken away from Charlotte’s Web. Although if there was a grand ecological message, it would be that pigs shouldn’t be bred and raised to begin with because it makes absolutely no environmental sense. But really, the author of the famous children’s novel was trying to get across the message of empathy, love, friendship, and compassion for creatures weaker and with less power.