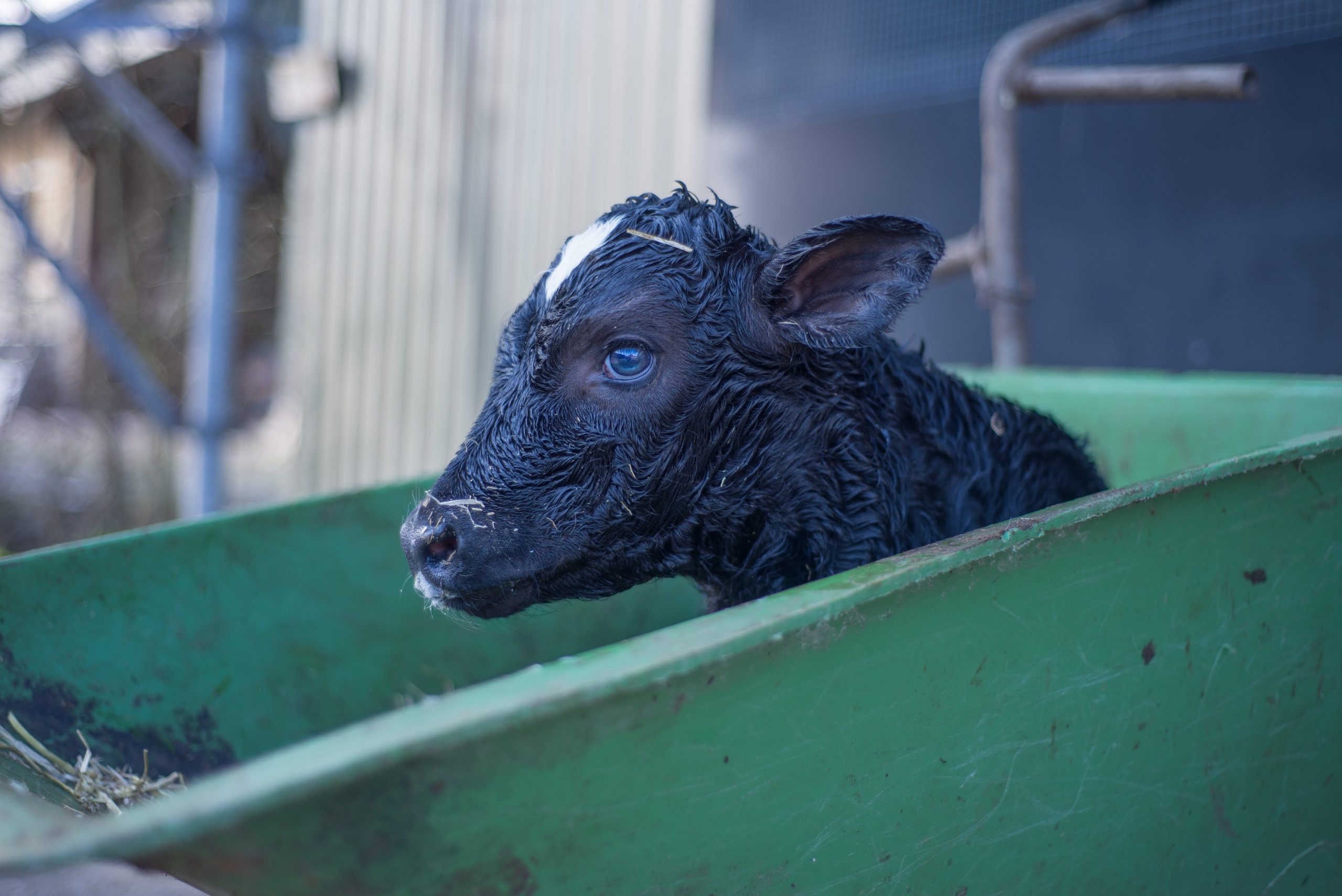 British Animal Charities Are Missing in Action This General Election

Irish dairy is prized around the world. For the diaspora, it’s a comforting reminder of home. For others, it’s considered a trustworthy, natural, affordable product that evokes rolling hills, green grass, happy cows, and soft rain. For Ireland itself, dairy is good business, earning the country about €4 billion a year, according to Ireland’s Food Board, Bord Bia. Butter alone accounted for €1 billion of those earnings.

However, as farmers boost production volumes, in an attempt to maintain profits while delivering milk at ever more competitive prices, that pleasant bucolic image is increasingly at odds with reality. An average herd used to be about 60 cows; it’s now closer to 90. Some might have over 600. Irish agricultural agency Teagasc says Ireland’s dairy herd is now 1.6 million nationally, up from one million in 2010. Forecasts suggest there could be 1.7 million cows in Ireland by 2025, helped along by a national pro-dairy stance and despite regular health and environmental warnings.

Among other issues, the burgeoning herd is linked to Ireland’s limit-busting greenhouse gas (GHG) emissions and high rates of human E. coli infections. The latest figures from the country’s Environmental Protection Agency show agriculture’s GHG emissions in 2018 rose to 34 percent of the country’s total. At a national health level, E. coli infection rates are now about 10 times the E.U. average. And then there are the welfare issues, notably the export of live dairy calves and a question of whether calf removal is so distressing that some dams need opioids to cope.

Male calves, sometimes known as a by-product, are the least valuable dairy animals and therefore the most vulnerable. This spring, an unprecedented 800,000 males are due to be born in Ireland. The nation’s agricultural press has dubbed it “the calf tsunami.” In both gender and number, males will be more at risk than ever. This is the story of one male dairy calf. He represents an amalgam of possibilities. The voice is fiction. The rest is fact.

Day 0 – Born. Removed from mother. The first antibody-rich fluid, known as colostrum, is collected from dams and delivered to calves by human hand—often by bottle, but stomach tubing is common. Calves do not enjoy stomach tubing. Difficult as removal is for the calf, it is often worse for the dam. The Irish Creamery and Milk Suppliers Association (ICMSA), when asked about the problem via email, said if calf removal activates the mother’s “separation distress system” then “the stria terminalis in the brain” that is involved in that distress “can be mediated by brain opioids.”

The email raised as many questions as it answered, but the ICMSA would not engage further. Opioid residues could be found in consumer dairy products if the obligatory seven-day withdrawal period – during which an animal’s meat or milk must be discarded – is not observed. Surprisingly, at least one opioid analgesic product sold in Ireland, Butador, appears to ignore that seven-day rule, claiming instead a zero-day withdrawal period for meat and milk.

The mention of meat and milk by Butador is somewhat confusing too, given that the product is principally designed for cats, dogs, and horses. Its use in cattle is only allowed under so-called “off-label” rules. To make matters worse, at least from the cows’ perspective, the opioids might not even be effective.

An email from the European Medicines Agency confirmed that the active ingredient in Butador, butorphanol, is used in dairy cattle—a fact mostly denied by voices in the Irish dairy sector. The same email confirmed that “although, for instance, butorphanol is indeed used off-label in dairy cattle, its usefulness is debatable, since opioids have only weak and very short-lived analgesic properties in ruminants and … may [put] the animal more in danger than actually helping it.”

Days 0 to 14 – Calving season is a time of death and stress, as much as new life. Last year, according to Irish government statistics, almost 41,000 calves (male and female, dairy and beef) were stillborn. Although the figures do not indicate exactly how many die in the first two weeks, data for calves under six weeks old shows that 13,750 or so male dairy calves died on farms and roughly another 15,350 males were killed at slaughterhouses. (To put that in perspective, only about 525 female dairy calves of the same age were slaughtered.) Informal slaughter is not unknown either. A recent Irish newspaper report suggests some males are killed using either lump hammers or plastic bags before they reach the slaughterhouse.

Farmers generally deny that male dairy calves are mistreated or neglected. But if you ask whether a farmer might not call a vet for a sick male calf in the middle of the night, they say that can happen. A night-time vet visit could cost €150. At best, a male calf is worth about €80. At worst, €0.50, which is what some sold for in 2018.

Day 14 (or before) – Most males leave the farm as soon as they are two weeks old. If a farmer registers them as born earlier than they actually were—as one agricultural source suggests might happen—some might be younger. The faster they leave, the less space, food and labour they require. About 40 percent of males are sold domestically to the beef trade. Pure dairy males, those bred using dairy rather than beef bull semen, are the least valuable and often sold into the “live export” system where they can fetch €30 to €60 per head. Last year, just over 250,000 calves were live exported, about 75 percent of them male.

A live-exported calf faces two challenges: the length of the transport and the lack of milk replacer. The truck journey from farm to ferry port could take one to several hours, depending on the farm’s location and traffic conditions. Once on board the ship, the minimum journey time to mainland Europe, usually via the French port of Cherbourg, is 18 hours. Calves are not fed during this time. If the weather’s bad and sailings are cancelled or delayed, their time onboard could be longer. Irish protesters are pressuring ferry companies, namely Stena Line and Irish Ferries, to stop carrying calf trucks; the trade continues for now.

Days 15 to 16 – On truck, on ferry. Calves, as one farmer said, are born to suck, but there’s been no milk replacer for about 20 hours now. Once in France, drivers are legally obliged to rest and feed calves at what are known as “lairage” areas. Some don’t bother. In one instance, the animal activist group Eyes on Animals followed a calf truck that did not stop for 32 hours. For calves that are rested and fed, there are other risks. A video by Eyes on Animals, in cooperation with the French activist group L214, showed calves at a lairage being beaten. One was jumped on by a handler. Another left dead.

Days 16 to 18  – Calves begin arriving at Dutch, Spanish, Italian and other veal farms. The total journey can take up to four days. Veal calves spend the rest of their lives in pens. Conditions vary, but the only time they are likely to see daylight again is on the way to slaughter. There are no official records for the number of calves that arrive dead, but activists on the scene suggest it could be up to 5 percent.

Six months and beyond – Live exports outside the European Union tend to be of calves aged six months or more. Last year, almost 11,000 male calves, aged 12 to 24 months, were exported to Turkey. Just over 5,000 went to Libya and others to Morocco, Lebanon, Tunisia, Russia, Rwanda, and Serbia. These calves face a longer journey in potentially deadly conditions. On one ship, the Express 1, which travels between Ireland and Turkey, a total of 23 calves are known to have died on three of its journeys, according to the animal welfare group Compassion in World Farming. On arrival, a range of handling- and slaughter-related abuses are possible, including hoisting animals by one leg and severing of their leg tendons.

Death, when it finally comes, can only be a relief. But you won’t see that on a packet of Irish butter.

Millions of People May Be Suffering From Cheese Addiction