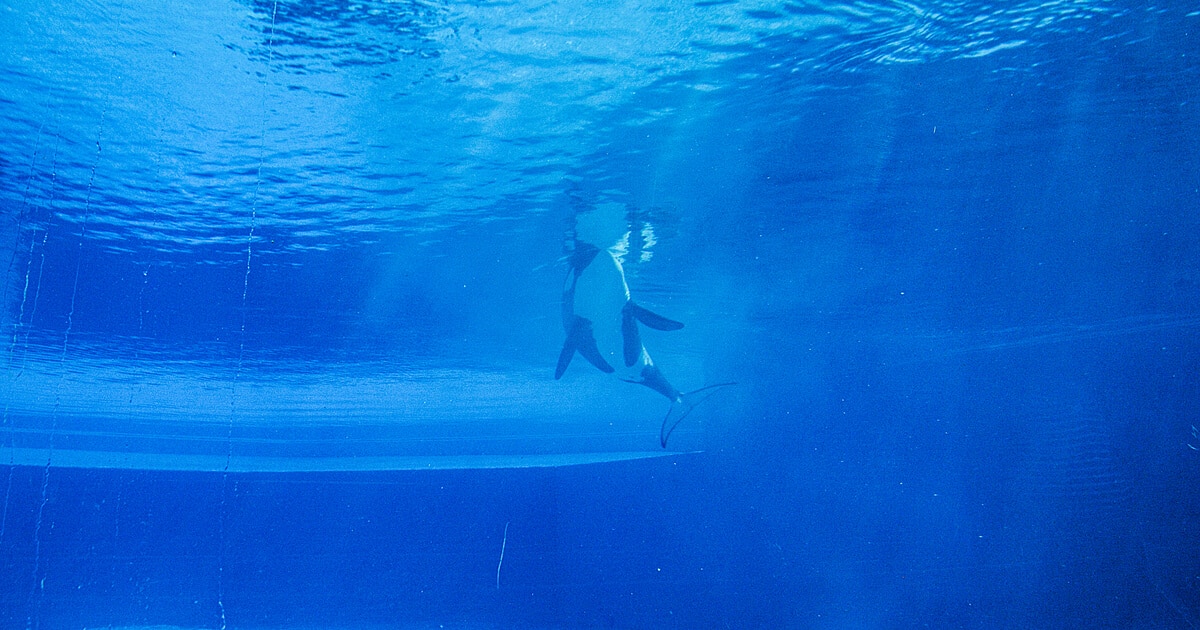 A new report published by the nonprofit World Animal Protection (WAP) claims that Groupon “routinely partners with some of the cruelest captive wildlife venues in the U.S.,” thereby creating demand for and profiting from the exploitation of wild animals in roadside zoos, marine parks, and other venues.

WAP states that for years, Groupon has offered “tickets to roadside zoos, pseudo-sanctuaries, and marine amusement parks with long track records of animal suffering.” Many of these facilities make money by selling “dangerous and cruel interactions with wild animals,” according to the nonprofit.

Groupon’s website phrases it differently. The company, which has 24 million active users in the U.S. and around 53 million worldwide, claims to have “pumped” $25 billion into local businesses while saving its North American customers $35 billion.

Groupon also profits from each ticket sold through its platform.

An infamous marine park in Miami

Among the most well-known venues discussed in the WAP report is Miami Seaquarium, where the 56-year-old orca originally known as Tokitae, and more famously renamed Lolita by the marine park, has lived since 1970. She was four years old when captured in a violent roundup of orca calves from the waters of Puget Sound near Seattle, Washington.

Tokitae is the only remaining survivor of a pod of Southern Resident killer whales, which was recently designated by the National Oceanic and Atmospheric Administration as an endangered species. Animal protection groups and Indigenous peoples of the Pacific Northwest have tried for years to free her but have met resistance at nearly every turn. They say her tank is too small and does not offer shade from the sun.

Tokitae has lived alone since 1980 after her tankmate Hugo died after repeatedly hitting his head against the wall of the tank and suffering an aneurysm. This repetitive behavior is one example of what many animal behavior experts and advocates call “zoochosis,” stereotypical behaviors with no apparent goal that are often seen in captive animals.

“The Miami Seaquarium is notorious for its history of animal welfare violations,” says Nicole Barrantes, WAP’s Wildlife Campaign Manager, who adds that the marine park is “routinely in the media for mistreating its animals.” Barrantes points to an incident in April, caught on camera, in which a dolphin attacked a trainer in front of an audience attending a show.

The list of animal welfare concerns “goes on and on,” she says. A 17-page U.S. Department of Agriculture (USDA) report dated June 8, 2021, stated that recommendations from a Seaquarium veterinarian regarding the quality of veterinary care at the facility “have been repeatedly disregarded or dismissed over the last year.” That former Seaquarium veterinarian Magdalena Rodriguez claimed she was fired from her job for raising similar concerns about how animals are housed and trained.

For over 50 years, Tokitae has lived in what Barrantes and many other animal advocates consider to be “the smallest orca tank in the world,” even after retiring from performing in shows. In recent months, Tokitae suffered from what independent veterinarians called a “very serious health event.” The veterinarians’ latest assessment shows steady improvement, and they plan to release updates on her condition every month.

While its Miami Seaquarium deals were marked “not yet available” at the time this article was written, Groupon has listed on its website offers including discounted admission, dolphin encounters, and an underwater dive in the park’s tropical reef tank.

A zoo featured in Tiger King

Another highly publicized Groupon listing is the Zoological Wildlife Foundation (ZWF), which was featured in the Netflix series “Tiger King.” WAP’s findings reveal “chronic” violations of the Animal Welfare Act (AWA) at ZWF, including a failure to provide animals with adequate veterinary care, properly handle animals, and properly maintain enclosures.

A December 2015 USDA inspection report found that ZWF’s inventory of the animals it owned was not up to date. The report also determined that the zoo did not offer a sufficient primate enrichment program, a finding echoed in a July 2021 inspection. The inspection also identified a critical animal handling violation at the facility. During the incident, a guest was bitten by a lion cub.

According to 7 News Miami, Florida Fish and Wildlife Commission issued ZWF a written warning in 2020, after a young chimpanzee named Limbani bit a child. WAP’s report states that while Limbani no longer interacts directly with visitors, “ZWF continues to dress him in costume and make him perform human activities like driving—grossly jeopardizing his development and safety.”

“These animals endure cruel training, and sometimes drugging, to render them tame enough to interact with the humans,” the nonprofit Born Free Foundation writes, referring to the dangers of what it calls “forced interactions” between humans and wild animals in captivity. “Despite this brutal training, these animals—because they remain essentially ‘wild’—still pose a potential threat to public safety.”

The WAP report states that ZWF owner Mario Tabraue used the sale and trafficking of wild animals “as a cover for his massive drug empire,” and founded ZWF after being released from prison in 2000. In 2014, Tabraue made headlines for trying to stop the passage of the Big Cats and Public Safety Protection Act, reportedly paying a lobbyist to fight the proposed legislation that would have regulated the ownership, sale, transport, and breeding of big cats such as tigers and lions.

Groupon has offered deals including “hands-on interactions with reptiles, primates, small mammals, and birds of prey” for both children ($65) and adults ($95) at ZWF. Like the deals at Seaquarium, the ZWF offers are currently marked “not yet available.”

WAP emphasizes that Groupon is not only listing venues for travelers to find, but driving up attendance through their deals. The coupon company also profits by taking a cut of each ticket sale. “Many reviews on travel sites noted that it was a Groupon deal that encouraged them to visit the venue,” writes WAP.

Groupon’s own data shows that encouraging users to attend its featured destinations often results in more money spent there. The company reports that 84 percent of its customers were not considering a merchant before seeing it featured on Groupon and 65 percent spent additional money beyond the value of their Groupon deal at the venue.

“First let me start off by saying that I found this place by searching things to do in my area on Groupon. This sanctuary came up with a good deal,” writes one Groupon user referring to Suncoast Primate Sanctuary in Florida, which is also named in WAP’s report.

The sanctuary has had its fair share of problems. In 1999, the facility, then called the Chimp Farm, lost its federal license to exhibit animals under the USDA after surprise inspections found that it did not meet conditions required by the AWA. After its license was revoked, the Chimp Farm was “rebranded as a sanctuary,” says WAP, and is currently described on its website as “home to over 120 formerly abused, forfeited, or abandoned exotic animals.”

Then, in 2010, a 21-year-old Suncoast volunteer was bitten by a chimpanzee who entered a cage the volunteer was cleaning through an unlocked door. The volunteer later sued Suncoast, who refused to reimburse her for her medical bills.

Groupon is currently offering between 37 and 52 percent off admission for Suncoast visitors.

While WAP’s report may include particularly alarming examples, the organization emphasizes that its research was limited by the fact that searches on Groupon’s site are by geographic location and not by topic. This means that the eight venues listed are probably “only the tip of the iceberg,” it says. And the problem runs deeper than Groupon.

In its report, WAP also criticizes inadequacies in the AWA, which it says sets “minimal” standards for animal care and is “chronically underenforced.” It also leaves out multiple species including reptiles, birds, and amphibians.

Barrantes says that AWA is “in need of improvement,” and that WAP supports the Animal Welfare Enforcement Improvement Act (H.R. 3277) as part of a solution. The bill has drawn support from other organizations including Animal Legal Defense Fund which, like WAP, offers a form letter to send to encourage the Act’s passing.

Barrantes believes that, if enacted, the improvement act would address gaps in the AWA by strengthening the processes for licensure and license renewals, holding “exhibitors and dealers accountable to following the law,” and allowing public citizens to file lawsuits against alleged violators of the law. It could also force the hands of some of the venues listed by Groupon, leading to improvements in care for the animals they own. But WAP is urging Groupon to make the changes to its own platform first—changes that are especially important “in the absence of meaningful enforcement” of the AWA.

“We at World Animal Protection are urging Groupon to publish an animal welfare policy that clearly prohibits running deals that involve the exploitation of animals, in particular deals for venues that offer interactions with wild animals and captive wild animal performances,” says Barrantes. “We’re also urging the company to make this a public policy that encourages transparency and accountability, including how the company would ensure that its policy is not violated.”

Neither Groupon, Miami Seaquarium, Zoological Wildlife Foundation, nor Suncoast Primate Sanctuary could be reached for comment.