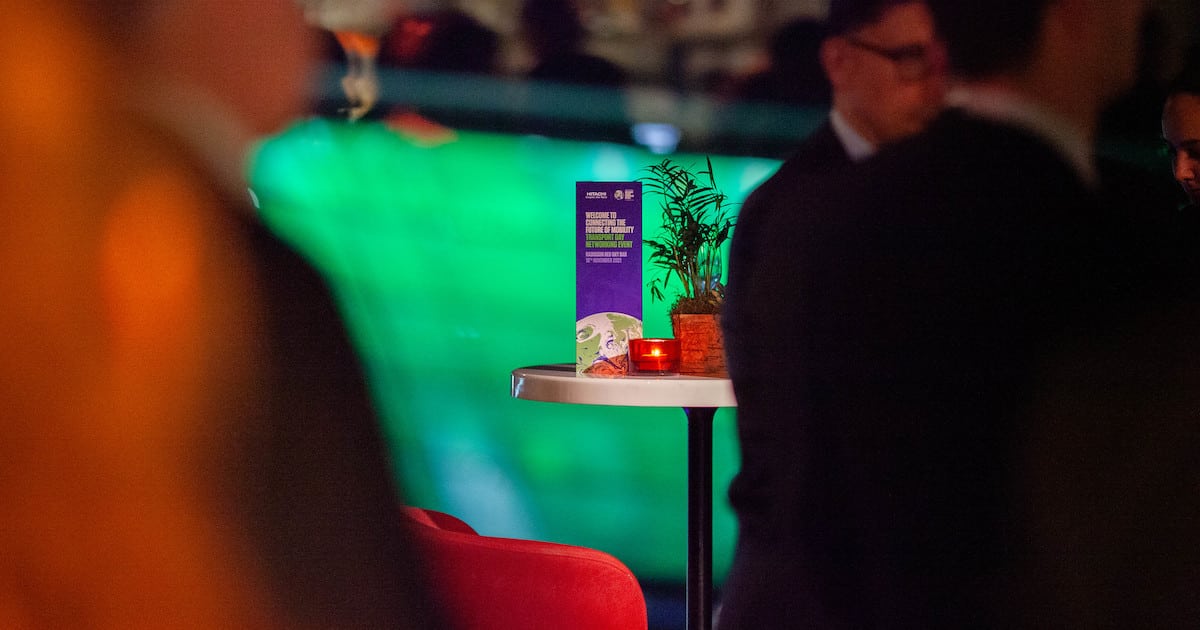 The 2021 United Nations Climate Conference (COP26) hosted by the UK in Glasgow is drawing to a close. As the conference unfolded, environmental advocates criticized COP26 for serving animal products instead of a more climate-friendly, plant-based menu.

While the COP26 menu includes vegan haggis, mushroom risotto, and lasagna topped with plant-based cheddar, it also offers beef burgers and haggis made from sheep offal. More than half of the menu’s items contain meat, dairy, fish, and eggs, according to Levy, the company in charge of catering at COP26.

Despite the accelerating climate crisis, yet another COP conference chose to serve attendees some of the world’s most climate-damaging foods. A closer look reveals that livestock producers were selected as suppliers for a simple reason: being based within 100 miles of Glasgow. The COP26 menu failure is a direct result of the “Eat Local” myth, the misguided belief that locally sourced foods are ecologically superior to imported foods regardless of their other qualities.

At first glance, the COP26 menu seems to be a far cry from the food available at COP25. Attendees formed long lines in front of a pink food truck—one of the few, if not the only venue offering plant-based options at the 2019 conference.

At a second glance, however, the COP26 menu proves to be a bewildering setback. After the meat- and dairy-laden menu served at COP24 drew criticism from environmental experts, the Food and Climate Alliance (FCA), a sustainability alliance comprising more than 50 organizations, partnered with the UN and the Chilean nonprofit Vegetarianos Hoy to make sure that COP25 would serve a more climate-friendly menu.

Had COP25 not been relocated from Santiago de Chile to Madrid due to the 2019–2021 Chilean protests, up to 70 percent of its menu would have been plant-based. Following the 2019 climate conference, one reporting outlet ended on a hopeful note, pointing out that COP26 would take place in Glasgow, “one of the most vegan-friendly cities in the UK.”

Two years later, not only is Glasgow still considered a very vegan-friendly city; the UK ranks as the most popular country for veganism in the world, according to foodie magazine Chef’s Pencil. Further, the country is home to The Vegan Society, one of the oldest vegan organizations in the world, a vibrant plant-based scene, and to Veganuary, an initiative that encouraged more than half a million people worldwide to try veganism in January 2021.

“The Vegan Society strongly believes that the COP26 menu should have been fully plant-based,” said Francine Jordan, Media and PR Officer at The Vegan Society, when contacted by Sentient Media for comment. “How can we have a discussion about the climate crisis while ignoring the evidence that vegan diets can reduce individual dietary carbon emissions by 50 percent?”

COP26 failed to devise a menu aligned with climate goals

How did we get from a 70 percent plant-based COP menu scheduled to be served in Chile in 2019 to a 42 percent plant-based menu served in the UK in 2021? Certainly not due to new evidence letting animal products off the hook. Over the past years, more scientific evidence has accrued, confirming the devastating climate impact of meat, dairy, and eggs.

According to a new estimate, animal agriculture contributes up to 21 percent of global greenhouse gas (GHG) emissions, and experts warn that the expanding livestock sector threatens to prevent the world from reaching the UN’s Sustainable Development Goals (SDGs). According to a study published in the journal Science, food production alone could heat the world by more than 1.5° by the 2060s.

COP26 caterer Levy acknowledges these findings in part. Releasing the conference menu at ARecipeForChange.co.uk, the company states that “the food industry has a responsibility to do more for the planet.” It also features a graph showing the emission caused by different foods per 100 grams of protein. Tofu, the only plant-based item, has lower emissions than all other options shown.

Keeping these numbers in mind, it is startling to realize that Levy chose to offer all animal-based foods featured in the chart but not a single dish containing tofu. And there is another striking discrepancy between the educational material provided by Levy and the menu it devised.

All menu boards—ranging from pizza, pasta, and pastries to soup, sandwiches, and burgers—note that an average meal in the UK has a carbon footprint of 1.7 kg of carbon dioxide equivalent (CO2e), a number that needs to come down to 0.5 kg CO2e, according to the WWF, to reach the goals set by the Paris Agreement. The WWF explains that this number applies to lunch and dinner. For breakfast and snacks, the amount needs to be reduced even further to 0.4 and 0.2 CO2e kg, respectively.

Levy states that it analyzed the carbon footprint of all menu items in partnership with Swedish start-up Klimato to help attendees “choose the dishes with the lowest carbon footprint.” Nonetheless, 35 percent of meals served at COP26 have carbon footprints higher than 0.5 kg. Two dishes containing beef and lamb emit as much as 3.4 kg, more than six times the amount recommended.

“The organizers opted to include the CO2 emissions alongside each item, however, all this does is highlight just how damaging the non-vegan options are,” said Jordan from The Vegan Society, who attended this year’s conference. “Almost every plant-based option is below the recommended amount of 0.5kg of CO2.”

The carbon labeling shows that COP26 failed to devise a more plant-based menu that would have enabled participants to eat meals aligned with the goals pursued by the very conference they were attending.

The reason for the mismatch between Klimato’s calculations, the WWF’s recommendations, and the COP26 menu can also be found on ARecipeForChange.co.uk. According to Levy, it assembled the menu intending to use at least 80 percent Scottish-sourced food. This objective is also a defining feature of the sustainability strategy established by the Scottish Event Campus (SEC), the venue for COP26.

Yet, as the COP26 menu illustrates, the climate impact of a meal depends less on its origin than its ingredients. The three items with the highest carbon footprints on the entire menu— traditional haggis and two types of beef burgers—are made from ingredients sourced in Scotland. The burger menu even notes that the meat content of the burgers had been cut down from its standard size; otherwise, the burgers’ CO2 emissions would have been higher than 5 kg.

“Each dish’s carbon footprint has been measured, which has been positively received,” a spokesperson from SEC responded when contacted by Sentient Media for comment. “The carbon labeling has supported people to make an informed decision about the food that they eat and the impact is [sic] has on the environment.”

‘Eat Local’: one of the most misguided pieces of advice

The idea that eating local food effectively reduces food emissions is a widespread sustainability myth. Our World in Data—an Oxford University project⁠ also quoted by Levy—regards the recommendation to eat local as “one of the most misguided pieces of advice” because transport accounts only for a fraction of food emissions. Far more important are food emissions caused by land-use change, such as deforestation, and processes at the farm stage such as fertilizer use, manure handling, and cow methane emissions.

On ARecipeForChange.co.uk, Levy ironically mentions serving grass-fed beef approved by Quality Meat Scotland (QMS) in a paragraph that explains how replacing meat with plant-based ingredients can help lower food emissions. The QMS is an executive non-departmental public body of the Scottish Government representing the red meat sector and has a record of opposing meat reduction initiatives.

Earlier this year, the QMS criticized the BBC for encouraging children to go meat-free for at least two weeks as part of the Blue Peter TV show. In an open letter co-signed by the Agriculture and Horticulture Development Board (AHDB) and Meat Promotion Wales (HCC), the QMS referred to a carbon calculator mentioned in the show as “a simplistic tool that cites global data not representative of the UK’s red meat industry.”

Ahead of this year’s climate conference, the three organizations launched a toolkit intended to “help positively manage the reputation of red meat during COP26.” The toolkit states that eating less beef and other red meats “is not the answer to improving the UK’s environmental impact and reducing carbon emissions.”

The toolkit lists several narratives that often feature in meat industry climate messaging, including another widespread food myth: the notion that grass-fed cattle can bind more carbon than it emits. According to an Oxford University metastudy, carbon sequestration achieved through grazing “is small, time-limited, reversible and substantially outweighed” by the emissions the animals produce. A second study by Oxford researchers showed that beef, even when farmed using low-impact methods, has a higher carbon footprint than the highest impact plant protein.

Levy does not mention this claim directly. It claims, however, to be “calling for a food revolution” in response to the climate emergency while including beef on its menu, the most climate-damaging food available. Levy did not respond to Sentient Medias’s requests to comment on this story; neither did SEC, QMS, and HCC.

When contacted for comment by Sentient Media, the AHDB said that the carbon footprints of milk and beef produced in that the UK were lower than global averages and that the UK’s livestock sector’s share of national emissions was in line with the Paris Accord at 6 percent. “This is often overlooked in media reports and means UK livestock farming is not being fairly represented in terms of the work going on to reach net zero,” said Phil Maiden, Head of Media and PR at the AHDB.

COP27 opens in Egypt on November 7, 2022. The negative impact of meat-eating has to be on the next climate conference’s agenda, not its menu. To avoid another COP menu failure, more work needs to be done until then to dispel the sustainable food myths that perpetuate the climate-damaging business model of animal agriculture.