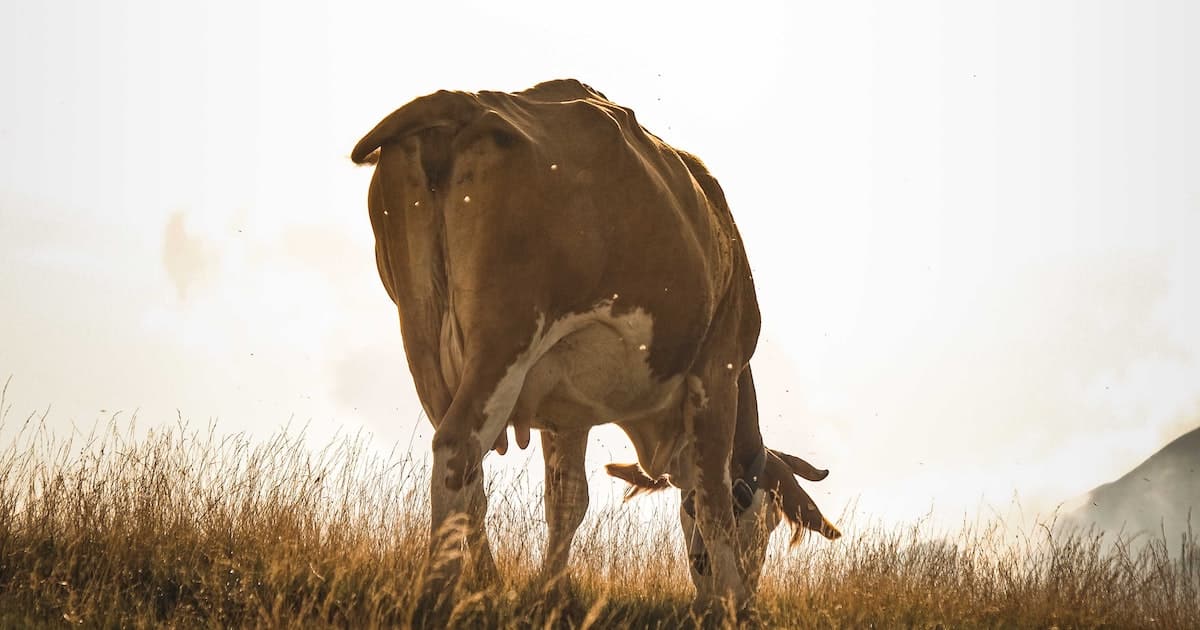 The beef industry is in crisis mode. As a rapidly growing sector of conscious consumers are learning of the monstrous impact of beef production on our collapsing climate, and of the cruelties inherent in industrialized animal farming, Big Beef has had to pivot. This PR disaster relief comes by way of rebranding as a new type of beef, one that is more humane, wholesome, and not only environmentally sustainable but actually the answer to many of our climate woes. Today, Big Beef’s silver bullet is found in the alleged carbon-capturing and soil-enhancing benefits of grass-fed beef, regenerative grazing, and poetically enough—Small Beef.

Too bad it’s mostly a load of bull.

California’s Belcampo Meat Co. was exactly the Small Beef brand that Big Beef needed. The company, which included butcher shops, restaurants, and an online retail shop, claimed to sell “certified organic, humane meat, sourced 100% from our farm.” And then it got busted. Last May, Belcampo was accused of fraud by several former employees who alleged that for months the company had, at some locations, been selling factory-farmed meat as their own higher-end, higher-priced product.

According to Eater LA, in June 2021, one former employee posted a story slide on Instagram that showed:

Vacuum-sealed USDA choice beef filets (which are corn fed, bought for $10 a pound, then sold for $47.99), whole National Beef rib racks (also corn fed and allegedly produced at factory farms), boxes of Pasturebird chickens (which are not organic), and other non-Belcampo products. The items were to be priced and labeled according to Belcampo’s humanely raised, local, grass-fed criteria, a markup (and quality disparity) that he says was being intentionally hidden from customers.

This month, Belcampo went out of business.

What many higher-end meat consumers likely do not know is that labeling of meat products in the U.S. is done with very little government oversight. Terms such as “sustainable” and “humane” are not actually legally defined by the United States Department of Agriculture (USDA), and in order for meat producers to use such terms, they need only to provide the USDA with written justification for pre-market approval. No one checks farms, and without any legal definitions, that justification can be made by simply adhering to baseline factory farming standards. In other words, beef products marketed as “sustainably farmed,” or “humanely raised” may very well be no different from the cheaper, factory-farmed, feedlot-raised, stabbed-in-the-throat beef sitting right beside it on the grocery store shelf.

What the Belcampo fiasco has taught us about sustainable beef is that there really is no such thing, at least not at the rate that the Western world is currently eating it up. No matter how you slice it, as was reported by the BBC citing well-known environmental researchers Joseph Poore and Thomas Nemecek in 2018, beef, even when farmed using low impact methods, still emits more greenhouse gases than even the highest impact plant protein.

We can perhaps assume that Belcampo started supplementing its own product line with lower-grade, factory-farmed meat because it just couldn’t keep up. Raising cows on a “regenerative farm,” “grass-fed,” or in a “pasture” simply cannot be done in a way that aligns with what consumers believe those terms to mean, while also meeting current market demands and turning a profit.

One issue is space: there just isn’t enough of it to have that many cows eating grass from rolling pastures at a rate that supplies current demand. Nearly 40 million cattle and calves are slaughtered for food annually in the U.S.—try finding green space for that many animals. Cattle farming already occupies 41 percent of all U.S. land.

Another issue is economics: The small farms that keep a limited number of cattle on pasture and raise them slowly churn out far less product, and that product tends to cost a lot more.

And yet, we don’t ever hear promoters of regenerative or grass-fed beef telling consumers to cut way back on beef, which is really the only way these farming methods could ever come close to serving the status quo.

Rather, Big Beef needs Small Beef producers like Belcampo (or Carman Ranch) to keep standing out in front, selling the fantasy of “sustainable” and “humane” meat to the new market of conscious consumers, while most people keep buying mass-produced, factory-farmed meat. With new-age, farm-to-table marketing strategies, humane labels, and flat-out lies, Big Beef is managing to stay afloat in the age of climate chaos.

Though Belcampo got caught and has since shut down, there are many, and there will be many more, Small Beef companies ready to sell the dream of guilt-free meat. And Big Beef is more than happy to let them.