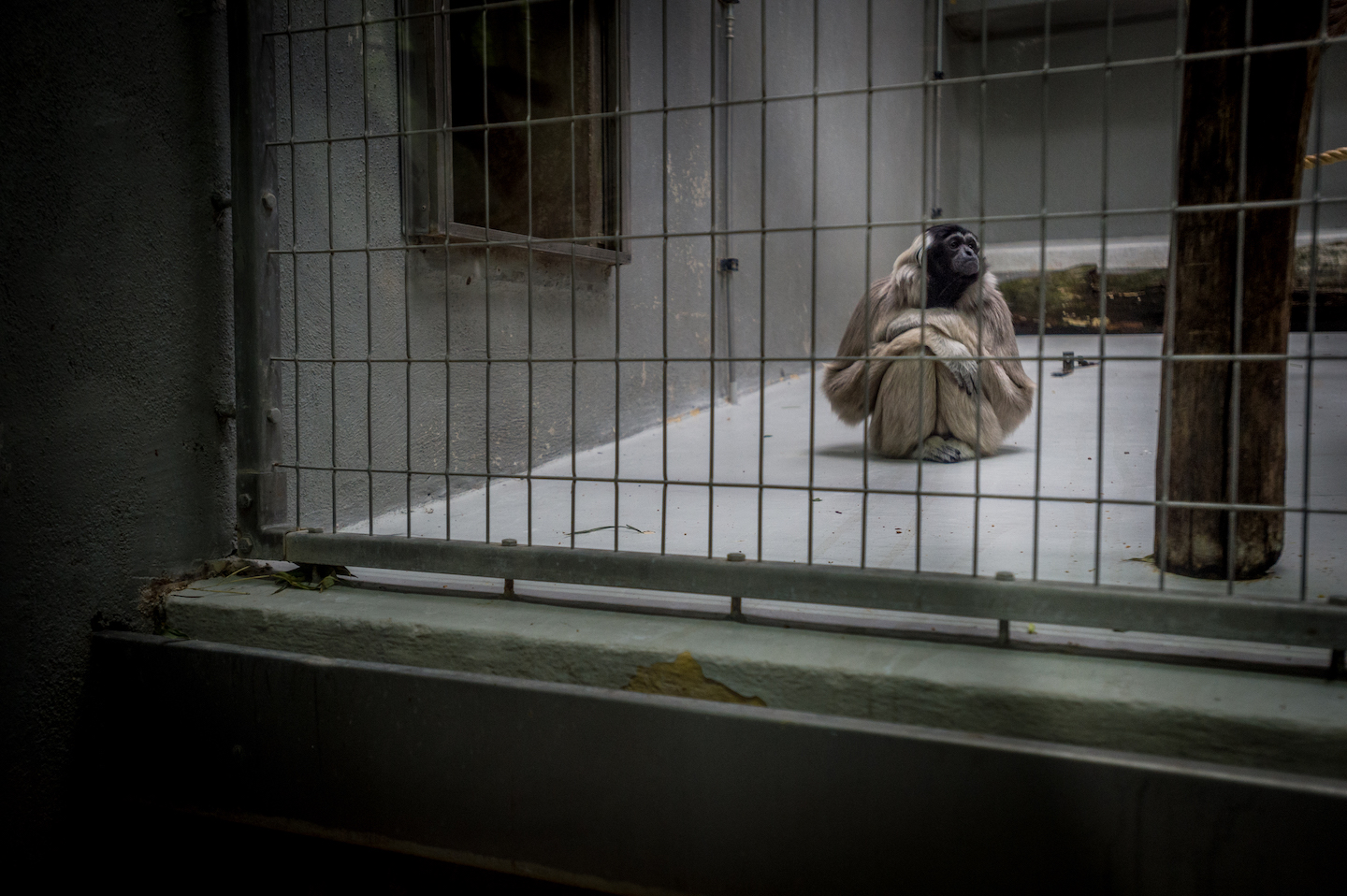 In a Year of Climate Reckoning, Where Does Joe Biden Stand on Climate and Agriculture?

In mid-March, during the first days of the COVID-19 lockdown in the United States, a video of penguins waddling around Chicago’s Shedd Aquarium Zoo went viral. The Washington Post described the video as “exactly what we needed.” As humans adjusted to their own confinement, the penguins’ moment of freedom offered much-needed relief from pandemic-related anxiety. Commenting on one of the penguins featured in the video, a beloved Rockhopper variety named Wellington, CBS This Morning host Anthony Mason said, “I love Wellington, I’m kind of obsessed with him.”

Due to the pandemic, humans—like penguins in zoos—have been experiencing their own version of confinement. As schools and workplaces have closed, most people are isolated in their homes and only able to safely socialize online. The psychological effects of this isolation vary and can include depression, anxiety, and PTSD. A recent poll by the Kaiser Family Foundation finds that the pandemic has already negatively affected the mental health of 56 percent of adults. Evidence suggests that when children are not in school, they are less active, use screens more, and have less healthy diets. Our palpable pleasure at seeing penguins enjoy temporary relief from captivity suggests that we intuitively know that confinement is harmful to any sentient being’s health.

Captive confinement in aquariums and zoos is often distressing to animals. Animals in zoos and aquariums are prevented from doing most of the things that are natural and instinctive to them, like traveling long distances, flying, climbing, foraging, and choosing a partner. An Oxford University study finds that the typical zoo enclosure for a polar bear is one-millionth the area of its natural habitat. For many animals used in entertainment, living within a herd or a family unit is crucial. Relational bonds are severed as animals are taken from their families or transferred between facilities. Zoos use antidepressants, tranquilizers, and antipsychotic drugs to treat zoochosis, the self-destructive behaviors that animals exhibit when bored, lonely, or cramped.

Aquatic animals such as whales and dolphins are especially unsuited to confinement—limited to swimming in endless circles in small tanks and isolated from their families, marine mammals suffer from psychological distress. The most infamous case of marine animal distress occurred in the orca Tilikum, who was the subject of CNN Films’ 2013 documentary Blackfish. Captured when he was two years old and confined to a tank at SeaWorld Orlando, the apex predator was forced to entertain humans, putting him under stress that led to him killing his trainer, Dawn Brancheau. Lolita, an orca at Miami Seaquarium, is confined in the world’s smallest whale tank, which is only 20 feet at its deepest point. On most days, Lolita is given multiple drugs, including narcotics, antibiotics, and steroids, to treat the many health issues that life in captivity has caused her. Lolita has lived without companionship since 1980 when her tankmate Hugo—in another display of distress—died after repeatedly ramming his head against the tank’s wall. Stories like Tilikum’s, Lolita’s, and Hugo’s are an unavoidable result of captivity, as are all stories of animals stolen from their families and robbed of the lives they deserve.

Facing the challenges and stresses of our own pandemic-related confinement provides humans with the opportunity to broadly question the practice of animal captivity—not just for animals like Wellington and Tilikum but for all the species that humans detain. Factory farming, which accounts for 99 percent of animal agriculture in the U.S., is the most widespread form of animal confinement. Industrial animal agriculture functions by confining farmed animals to “concentrated animal feeding operations” (CAFOs) that maximize profits by treating animals as units of production rather than sentient creatures. Farmed animals within CAFOS are often so closely confined that they are almost completely immobilized.

On industrial chicken farms, four or more egg-laying hens are confined for life in battery cages with floor spaces smaller than an iPad. Pigs and adult cows are confined to stalls so small that they cannot turn around, while veal calves are held in crates that typically measure just 2.5 feet wide. Pregnant sows are typically confined to gestation crates—metal enclosures that are hardly bigger than their bodies and prevent turning around. Once a sow gives birth, she is transferred to a farrowing crate so tight that contact with her piglets beyond suckling is impossible. For animals of many species, forced confinement is a lifelong reality rather than a temporary disturbance.

Chronic crowding on CAFOs causes health problems for farmed animals. Gases from manure, including high concentrations of ammonia, common in cramped and confined factory farm settings where animals are forced to urinate and defecate where they stand, cause pneumonia in over 80 percent of factory-farmed pigs. Rapid weight gain and lack of movement in confinement cause factory-farmed animals to suffer skeletal and joint issues, which often lead to lameness. In caged hens, severe osteoporosis from confinement is common—this study finds that approximately one of every four birds suffers from broken bones at the end of her laying period. The ongoing confinement of factory-farmed animals prevents any semblance of normal life, to the point that physical deformity is not an exception, but rather the norm.

Just like humans and other animals, farmed animals become distressed and depressed when confined and isolated. All mammals have a limbic system (which governs basic emotions in the brain) and can experience “fundamental emotions, such as fear and happiness,” according to renowned ethologist and conservationist Marc Bekoff. The stress of confinement often causes farmed animals to hurt one another and display cannibalistic behavior. Confined pigs in restrictive and non-stimulating environments engage in tail biting, which can cause bleeding and infection. Pregnant sows often exhibit their distress by biting at crate bars. Confined broiler chickens peck at one another and pull out each others’ feathers. While the psychological impacts of COVID-19 for humans are still unfolding, captive animal species are involuntarily warning of the physiological and psychological dangers of prolonged confinement and isolation.

Humans’ forcible confinement of animals creates dangerous conditions that increase the risk of illnesses like COVID-19. As technology enables factory farms to crowd more animals into less space, hygiene and sanitation standards correspondingly decline, and the risk of disease proliferation increases. In CAFOs, the potential for viruses to spread and become endemic is inordinately high, largely due to the crowded nature of the conditions. Respiratory viruses are easily transmitted among animals within CAFOS and can quickly mutate and combine with novel strains; these infectious strains are then easily transferred to farmworkers and veterinarians. Experts believe that the 2009 outbreak of the H1N1 flu was likely exacerbated by the overcrowding of pigs on factory farms. Michael Gregor, the author of Bird Flu: A Virus of Our Own Hatching, writes, “If you actually want to create global pandemics, then build factory farms.” Humans keeping animals captive in overcrowded, unsanitary conditions in factory farms practically guarantee the development and spread of infectious disease.

The virality of the Shedd Aquarium video suggests that humans innately understand that captivity is unhealthy and unethical for animals. Humans’ pandemic-related isolation is a small slice of what animals in captivity, whether in zoos, aquariums, or factory farms, are subject to for their entire lives. The COVID-19 crisis presents an opportunity to rethink not just imprisoning animals for entertainment in zoos and aquariums, but also confining and killing the species we eat. The human capacity for compassion can and should extend not just to members of our own species, but also to non-human animals like Wellington, whose lifelong existences are devastated by human-built cages.

Zoo Animals Are Always on Lockdown

Ban the Tether: Why Chaining Up Dogs Should Be a Crime