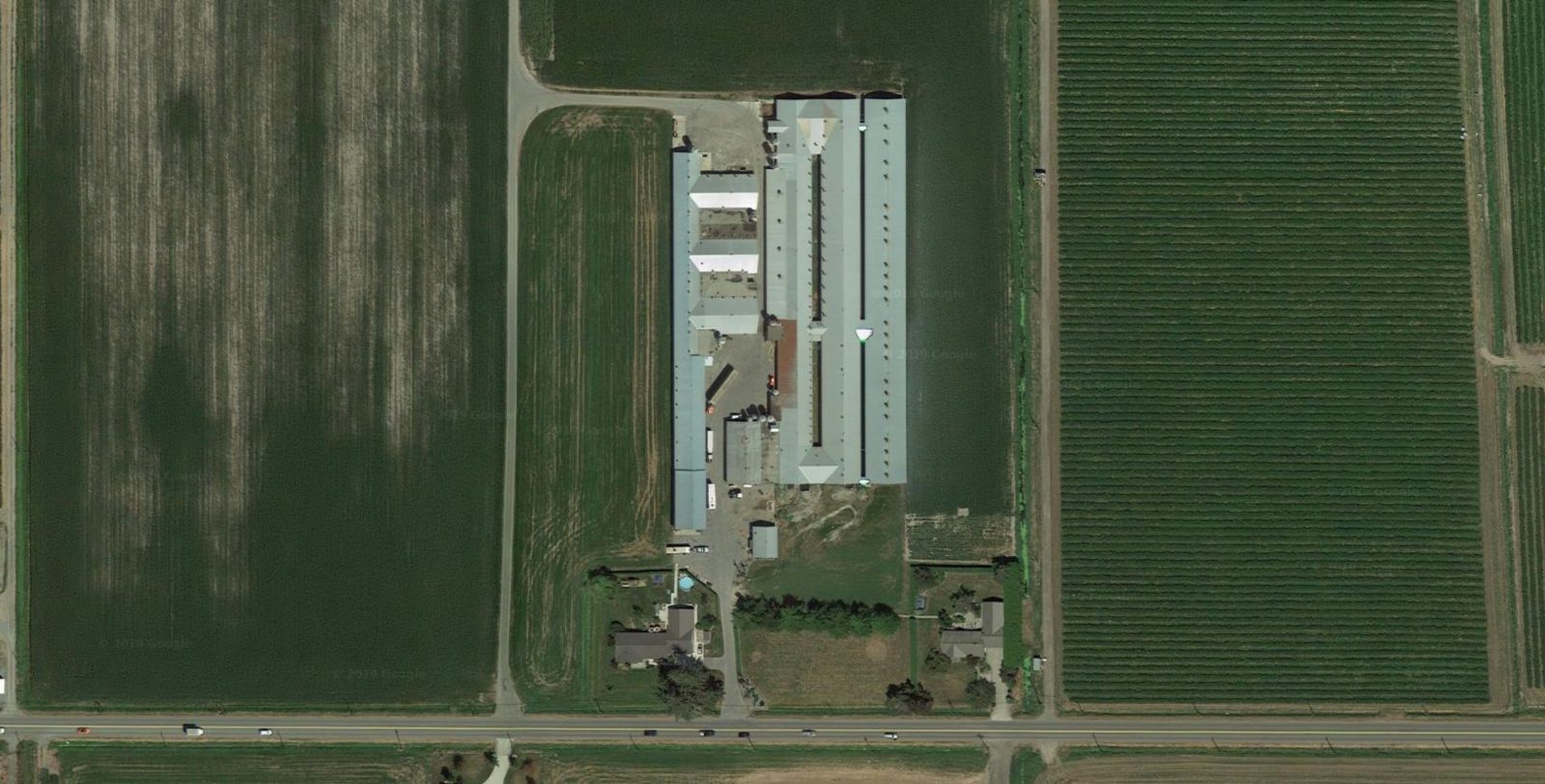 On Sunday morning April 28 around 200 activists arrived at Excelsior Hog Farm in response to recently released footage of the squalid living conditions at the farm. According to the activist group Meat The Victims, 65 activists made it inside the building, with 135 others remaining outside in solidarity of the action. The live video streams shared over Instagram show the action taking place peacefully as the activists enter the farm on foot around 6 a.m. Excelsior Hog Farm is owned by a director of the British Columbia Pork Producer’s Association.

“We have come together from all over North America in response to an investigation that was recently released from this farm,” the activists say in a statement released to Sentient Media. “We are speaking out against the cruelty of the animal agriculture industry, and to stand in solidarity for the animals.”

The footage indicated to have been shot at the farm shows mother pigs and piglets kept in tiny crates where they are unable to move or to care for each other properly. In cases, piglets may die right in front of their mother’s face, without the mother being able to do anything for her young. The surviving piglets would live among their dead and dying siblings. Injuries such as hernia, lacerations, and growths go untreated and continue to exacerbate the suffering of these animals. Some cannot walk on the slatted floors, unnatural for any animal to live on, and die slowly where they collapse. Dead pigs were found to rot in their pens.

The livestreamed video from the event corroborates the claims on the video, originally released by PETA.

In a press release on Sunday, Meat The Victims detailed the rationale and necessity behind the direct action. “The aim of this action is to expose the reality of what is happening to the victims of the ‘meat’ industry and to challenge the current mindset within our society. The truth is being hidden from the public and we believe that people are making choices that go against their values. Most people are against animal cruelty and would not want to support this industry if they knew what was truly happening. The public has a right to know. These industries perpetuate the ‘humane myth’ with labels such as ‘local,’ ‘free range’, ‘grass fed’, ‘organic’, and  ‘cage free’ – all terms which are used to deceive and mislead the public into believing that animals are ‘humanely raised and humanely killed’. We are here to show that this is simply not the case. We are forcing transparency in an industry that relies on secrecy.”

“The needless violence inflicted upon these animals needs to stop. This facility is not unique in their horrendous treatment of animals. This is a standard representation of factory farming here in Canada. This action is not about this one facility, or a call for better animal welfare standards, but rather a call to end the inherently violent animal agriculture industry entirely. Our message is simple; “animals are here with us, not for us”.

Canadian police on location seems to have been level-headed and cooperative. “Hope you guys brought extra battery packs for the cameras,” said one of the police in reaction to the constant live-streaming of the protest by the activists. “They must be running out of juice.” The activists assured the police that they did bring extra batteries.

The protest is also being reported on by Vancouver Sun and Abbotsford News.

This story will be updated with new developments.

Throughout September you'll receive unique, daily stories about our global food system, designed by over 100 people across the world from Nepal to Canada.