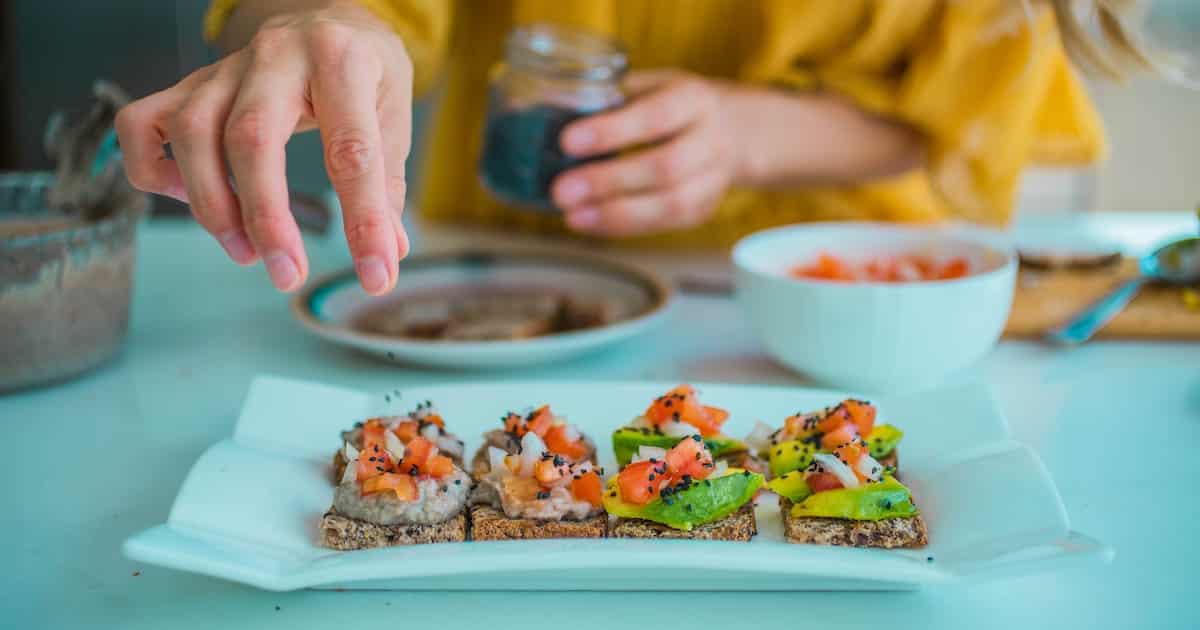 Seafood has long been hailed by dietitians as a quality source of healthy fats and protein and is frequently recommended. But there is another, much darker side to seafood that is often not discussed. Whether farmed or caught in the wild, seafood has severe negative consequences for the environment and contains ever-increasing levels of mercury and plastics that make it less and less safe to consume. Anyone thinking about whether to eat seafood should seriously consider the realities of seafood production and contamination.

Seafood refers to all edible aquatic animals, excluding mammals. The term encompasses both freshwater and saltwater species of fish, and other organisms consumed by people. Virtually every type of nontoxic aquatic species is eaten. Humans have also found ways to consume a number of toxic species, such as fugu, without causing themselves harm.

While it’s difficult to know for sure how many fish are farmed annually around the world, estimates range in the tens of billions. Experts speculate that this equates to roughly 78 percent of all farmed animals in the world. The five countries that raise the most fish are China, India, Indonesia, Vietnam, and Bangladesh. However, different countries specialize in raising different types of fish. For example, Norway is the largest producer of farmed salmon in the world, producing 1 million tons annually.

The large-scale production of seafood is wreaking unfathomable long-term damage to the global environment. In addition to the harm to oceans, seas, and other waterways and their ecosystems, the fish production industry also has serious consequences for ecosystems on land.

Fish farms typically consist of a series of pens within larger bodies of water, each with thousands of fish that will live for approximately 2 years before being slaughtered. These pens become cesspits of disease, parasites, and pollution. Because most fish farms are within other bodies of water, the pollution they produce escapes into the surrounding environment.

The harm caused by farming aquatic species does not end at the shoreline. In Indonesia, for example, 70 percent of the country’s mangroves have been damaged or degraded by shrimp farming.

The extraordinary demand for fish is hugely damaging to fisheries in the Global South. A recent study that evaluated the impact of the fish meal and fish oil industry on fisheries and communities in Gambia, Vietnam, and India discovered damning evidence as to the harm being caused. Many of the fish caught in the fisheries of these countries are processed into fish meal and oil to be fed to other aquatic species, and end up being shipped to fish farms internationally. The fish oil and meal industries are indiscriminate, catching many juveniles and fish that are fit for human consumption. This leads to food insecurity and loss of employment in the communities that depend upon the fisheries for sustenance.

Approximately 9.5 million fish die every year on salmon farms—about 20 percent of the total. These fish fall victim to painful deaths, like being eaten alive by parasites that spread quickly through entire tanks and can also escape into the ecosystem. It’s also common for fish to painfully asphyxiate due to the sheer number confined in small areas with limited swimming space.

Overfishing has caused irreversible damage to ecosystems globally. In addition to the environmental damage being caused, bycatch is another serious concern associated with catching aquatic species from the wild.

In 2018, 179 million tonnes of fish were wild-caught from the oceans. This equates to roughly 100,000 fish per second. This astonishing amount of fishing has resulted in 33 percent of our oceans being fished beyond sustainable levels, and 60 percent being at their limit. Techniques for fishing such as dredging have proven to be detrimental to coral.

Bycatch means caught fish that cannot be used or sold by fishermen. It includes any number of species, but common species are dolphins, sharks, sea turtles, and seabirds. Many of the impacted species, such as sea turtles, are endangered and protected.

Though consuming marine animals has been encouraged for years by dietitians, there are several key health considerations that should be taken into account when deciding whether or not to eat fish flesh.

Seafood allergies have been on the rise over the last two decades. Unlike some other allergies that people are likely to grow out of, a seafood allergy tends to be a lifelong occurrence. Symptoms can be life-threatening in the cases of severe reactions.

Antibiotics and pesticides are heavily used in the aquatic farming industry to prevent disease and ward off pests and harmful organisms that are encouraged by the unnaturally tight living quarters of the farmed animals. Their indiscriminate use, however, has serious impacts.

Heavy use of antibiotics drives resistance, causing farmers to increase the amount they use over time to maintain efficacy. The antibiotic-resistant bacteria can spread beyond fish farms, decreasing antibiotic effectiveness.

Using pesticides when fishing increases efficiency by allowing more fish to be caught more quickly. However, the use of harmful chemicals has been linked to serious health concerns including coughs, convulsions, and miscarriages in people and farmed animals.

Mercury is a naturally occurring element that, when it enters the body, binds to a person’s muscle or other tissue protein. Fish tend to contain the most hazardous type of mercury, methylmercury. Expectant mothers and young children are warned not to eat most seafood due to the developmental impacts that mercury can have on a fetus or developing child. Memory, attention span, and language can all be affected.

Aquatic animals are able to carry a number of pests that can pass to the humans that consume them. One such pest is anisakiasis, a disease caused by a parasitic worm. This disease, also called herring worm disease, consists of a worm attaching itself to the esophagus, stomach, or intestines, and is most prevalent in places like Japan where people eat large amounts of raw or undercooked fish or squid.

Those preparing and consuming raw and undercooked marine life must also be wary of necrotizing fasciitis, or flesh-eating bacteria. This bacterial infection can enter the human body when breaks in the skin (such as cuts or other wounds) come into contact with infected fish or seafood. Though fatalities are rare, they are possible in immunocompromised individuals.

Plastic became mainstream decades ago, and now more and more of it is being discovered in the form of tiny pieces called microplastics, which are ingested by fish and then consumed by people. Estimates place the number of microplastic particles in the ocean at 51 trillion, well over the number of stars in the galaxy. The health impacts of consuming microplastics on humans are still being researched.

Fish and other seafood may also contain Salmonella bacteria, other microbes, and even feces.

A recent Salmonella outbreak in Colorado resulted in the hospitalization of 19 individuals and led to a seafood recall. The recall consisted of a broad variety of fish species, including haddock, halibut, cod, and snapper.

In addition to Salmonella, raw fish has been noted to contain a variety of other harmful bacteria including Listeria, Vibrio, and Clostridium. All three can cause an upset stomach, nausea, and diarrhea.

Fish reared in contaminated water are more likely to contain fecal matter. Due to the tight living quarters of fish on farms, the chance of feces contamination is high.

Many species of fish contain no saturated fat at all instead of containing unsaturated fat. Many species of fish can also help manage cholesterol levels effectively. However, given the myriad other issues with consuming fish, including the environmental, ecological, and health concerns, the benefits of consuming fish should be carefully weighed against the negatives.

More Than a Dietary Choice

As with all dietary choices, making an informed decision concerning whether or not to consume seafood can be difficult. When making the decision it is important to consider every facet of consumption including the environmental and ecological impacts of fish farming and fishing, the negative impacts on many communities, and the potentially serious health concerns.