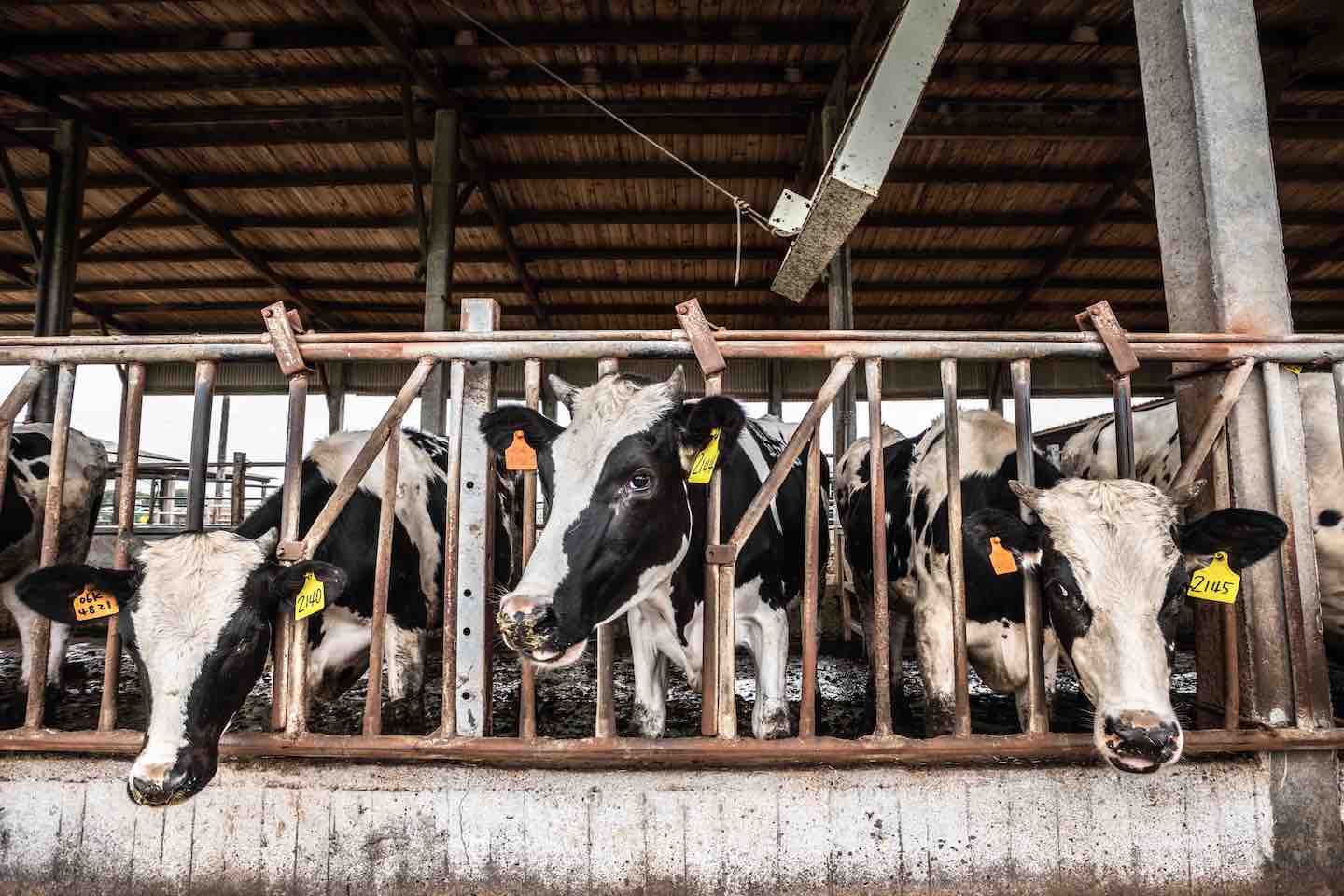 In Veg-Friendly India, Meat Consumption Is on the Rise

Late last year, one of Canada’s largest agribusinesses, Maple Leaf Foods, announced that it had achieved carbon neutrality. The company claimed to have pulled it off by “aggressively reducing” their greenhouse gas (GHG) emissions and offsetting remaining “unavoidable emissions.” Given that the company owns 18 brands of pork and poultry products from animals raised on factory farms, the emissions savings might have been significant—if they had covered Maple Leaf’s whole supply chain. But it didn’t.

Instead, it only reduced or offset a small portion of emissions from all the operations it takes to produce its meat such as farms, animal feed, and fertilizer to grow that feed. “Maple Leaf has very carefully excluded aspects of their emissions that they think they cannot reduce and claimed that they aren’t theirs,” says Daniel Jones from UK organization Feedback, “which is an accounting trick.”

Even with this important omission, Maple Leaf is miles ahead of many other large meat and dairy producers in its bid to address its climate impacts. Though the GHG footprint of the meat and dairy industry is well-known, taking around a 37 percent share of global emissions, the contribution of individual companies is less visible, as are the steps they are taking to rectify the situation.

Some meat and dairy companies are much more responsible for the industry’s outsized climate impact than others: a 2018 report by the Institute for Agriculture and Trade Policy (IATP) and GRAIN found that the world’s top five meat and dairy corporations—JBS, Tyson Foods, Cargill, Dairy Farmers of America, and Fonterra—emit more greenhouse gases annually than ExxonMobil, Shell, or BP. Meanwhile, only 14 of 35 major companies have emissions reductions targets, and only six companies factor any of their supply chain (known as scope 3) emissions into those targets, even though these account for 90 percent of their overall emissions.

But the problem is even more fundamental than a dearth of plans to reduce emissions. “Most of [these companies] don’t even know what their scope 3 emissions are, or if they do they aren’t publishing them,” says Jones.

For the companies that do measure and report on their emissions, a few such as dairy giant Danone are more accurate in accounting for their full climate impacts, with their own measurements tracking fairly close to those estimated by IATP and GRAIN. Others like Maple Leaf generally pick and choose which emissions are ‘theirs’ and thus which they are responsible for reducing. This is because they often do not own every company in their supply chain, so they are essentially able to outsource emissions, even though without their suppliers they could not make their products.

The type of reduction target they set for each scope is also telling. Of the six companies that cover supply chain emissions, most have set ‘absolute’ reduction targets for scope 1 and 2, meaning they will reduce the total amount of those emissions over time.

When it comes to scope 3 emissions, however, they adopt ‘intensity’ reduction targets: emissions are reduced as a percentage of their production of meat or dairy by kilogram or liter. So a commitment to an intensity-based reduction of emissions by, say, 30 percent for each kilogram of beef produced means that a company’s overall emissions can still go up if they keep increasing the amount of beef they produce.

If a company like Maple Leaf were to take full responsibility for its supply chain emissions, what could it do to reduce them?

Jones says that it can choose better sources across its supply chain and implement initiatives to make further emissions savings. Danone is one example of what that change looks like in practice. The company supports regenerative agriculture practices among its farmers to improve soil health and increase its carbon storage capacity and is working to eliminate deforestation from its supply chain.

Danone also relies on offsetting to deal with millions of tons of its supply chain emissions. Maple Leaf does the same for those emissions which it acknowledges as being “unavoidable.” Yet offsetting is not the silver bullet some would hope. Risks of offsetting programs include land-grabs and financially rewarding agribusinesses for producing waste used to make biogas. Concerns have been raised around offsets that involve afforestation, since climate change is making forest fires more frequent and intense, potentially sending those offsets up in smoke.

Offsetting also doesn’t address many of the other problems associated with factory farms, including poor animal welfare and air and water pollution experienced by local communities living near industrial farming sites, as Sujatha Bergen, director of health campaigns at the Natural Resources Defense Council, points out. “If [a company] tells those communities, don’t worry I’m buying an acre of forest in Canada, I don’t think that’s going to be that comforting,” she says.

So what’s a big agribusiness to do? “The best thing that a meat company could do to reduce emissions is to stop selling so much meat,” says Bergen, echoing many scientists and the Intergovernmental Panel on Climate Change (IPCC).

But neither Danone, Maple Leaf, nor any other big company acknowledges the need to reduce the production of meat and dairy. In fact, as the authors of the IATP report put it: “The only common element in this jumble of corporate promises and inaction on climate change is a commitment to growth.” Meat and dairy companies plan to up their production even when they are investing in plant-based protein or milk alternatives, like Tyson, Cargill, and Danone.

As Tyson’s CEO Noel White put it: “For us, this is about ‘and’—not ‘or.’ We remain firmly committed to our growing traditional meat business and expect to be a market leader in alternative protein.” In Bergen’s view, it’s good that these companies are investing in plant-based alternatives, “but it needs to be tied to emissions reductions. So if you can’t show that that is associated with a decrease in the meat they’re producing, then it’s questionable what impact they’re going to have.”

With their enormous GHG footprints, how do these companies get away with both expanding animal production and failing to produce credible, transparent climate plans? Though dozens of countries have implemented plans that require companies that emit above a certain standard to report their emissions, not all are broad enough in scope. In the UK, for example, reporting on scope 3 emissions from livestock production is not required.

At the same time, lobbying organizations for the meat and dairy industry have held significant political sway for years in countries like the UK and U.S. The general public has also not paid as close attention to emissions from big livestock companies compared to the intense scrutiny it has given to fossil fuel companies.

“Lots of these corporations have had structural critiques about the way they operate for a really long time,” says Jones, for example, over their role in deforestation. He thinks the IATP and GRAIN report may have been the first time organizations began looking into how much responsibility individual companies bear for the sector’s emissions.

As the story of Maple Leaf’s claims to carbon neutrality shows, public scrutiny of big meat and dairy companies’ emissions reduction plans, or lack thereof, is essential. This is particularly true as companies continue to use the addition of plant-based products to their portfolios as proof of their sustainability. But as long as big meat and dairy companies fail to reduce their production of animal protein and milk, any emissions savings they do manage to make will be undermined.

The question, says Jones, is not can they reduce their emissions in line with global climate goals, but “can they transform themselves?”