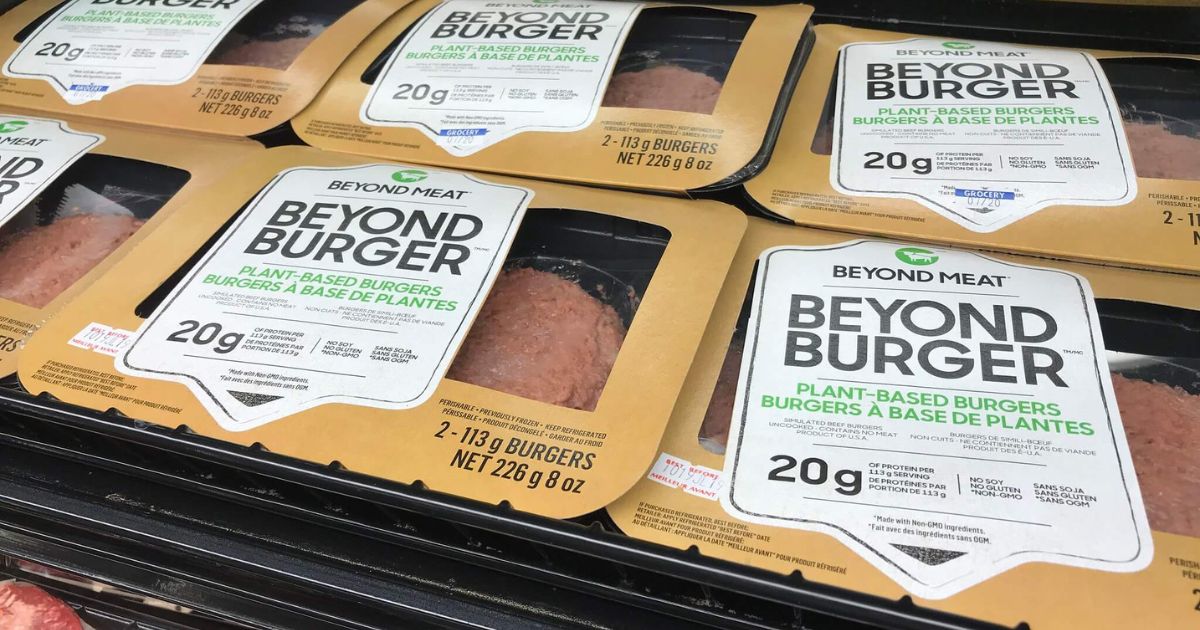 Several media outlets reported on a new study from Cornell University this month — research that looked at the consequences for wide adoption of plant-based beef alternatives across the U.S.

The problem is all of these stories got the numbers wrong. What the study authors actually found is that a more plant-based food system would create more than enough jobs to offset beef industry losses. Worse, the media coverage ignored the disastrous working conditions and human rights abuses that workers face in the current meat-centered food system.

Job Losses Will Likely Be Offset

Using a national model for analysis, the study authors found that a shift to plant-based beef alternatives could reduce the number of cows raised for beef by up to 12 million animals and the carbon footprint of food production in the U.S. by as much as 13.5 percent. That’s consistent with the latest recommendations from the Intergovernmental Panel on Climate Change (IPPC), which called for a global shift to more plant-rich diets to slash emissions from food production and animal agriculture in particular. The food system contributes up to 37 percent of total greenhouse gas emissions.

The authors estimate that more than 1.5 million people employed in beef value chains in the U.S. could lose their jobs due to the shift to a more plant-based food system. However, they also expect that these job losses will be offset by growth in other sectors, including flour milling, maize processing and oilseed farming. Yet those critical offsets were left out of virtually all news reports on the research.

According to study author Mario Herrero, “there are good reasons for regulators and policymakers to encourage these up-and-coming technologies.”

A joint study by the International Labour Organization and the Inter-American Development Bank in 2020 looked at how to achieve a just transition — climate action that centers workers and frontline communities — and found that a shift to plant-based diets could result in a loss of 4.3 million jobs, but a potential gain of 19 million jobs in Latin America and the Caribbean.

In addition to omitting the positive effects a new food system would have on jobs, no outlet mentioned the biggest population who would be impacted by this move — animals.

The study itself did consider the potential of plant-based alternatives to reduce the total number of animals raised for meat. However, the authors only cautioned that taking beef off the menu could result in more chickens and pigs being farmed, species that are more often raised in confined feeding operations.

That the media failed to take into account how food system change would impact animals is not surprising. But outlets also failed to fully consider the impacts on the human species.

As undercover investigators, human rights organizations and psychologists have pointed out, again and again, the human costs of animal agriculture are devastating. Reporting on the future of food should include these costs along with the bare job numbers.

Most news reports also failed to mention that the shift to a more sustainable food system is absolutely necessary to prevent the climate crisis from devastating economies worldwide. The ILO and IDB  study estimates that 2.5 million jobs in Latin America and the Caribbean could be lost to heat stress alone by 2030, affecting farm workers and other outdoor workers, and that damages caused by the climate crisis could cost the region $100 billion (in USD) yearly.

When reporting on meat processing and packing workers, journalists should know that turning animals into food is one of the most demanding jobs in existence. Workers typically stand shoulder to shoulder in cold and dark spaces surrounded by knives, saws, grinders and other dangerous machines. In the U.S., meat workers have the highest workplace injury rates in all manufacturing industries, and are three times more likely to experience severe injuries, such as burns and amputations, than the average worker.

Hearing loss caused by extreme noise, hypothermia, musculoskeletal disorders and exposure to cancer-causing chemicals and viruses are also factors that add to the physical stress experienced by meat workers.

Beyond the physical harm, many workers report the most challenging physical aspect is the act of killing the animals. Meat workers on the kill floor kill hundreds to thousands of animals daily, most of whom are young, in poor physical condition and, in some cases, even pregnant. This kind of work takes its toll on the psyche of slaughterhouse workers.

A 2021 review of 14 studies found that meat workers have a higher rate of mental health issues, especially depression and anxiety. Further, slaughterhouse work is associated with traumatic disorders such as post-traumatic stress disorder (PTSD) and perpetrator-induced traumatic stress (PITS) syndrome, which leads to PTSD symptoms in individuals who participated in causing a traumatic situation.

Some psychologists point out that slaughterhouse worker trauma is the result of company policies and public demand for meat, preferring to characterize their experiences as participation-induced trauma (also abbreviated PITS) instead. The disorder can manifest as depression, hostility, panic, paranoia, psychosis and violent dreams.

Unsurprisingly, as fewer people are willing to work in slaughterhouses, the meat industry has begun to lament labor shortages in recent years. Meat companies are more likely to recruit members of vulnerable communities, including undocumented immigrants and prisoners, to fill these positions.

More than half — 51.5 percent — of frontline meatpacking workers in the U.S. are immigrants, 25.2 percent are Black, 44.4 percent Hispanic, with nearly half living in families who are below 200 percent of the federal poverty line, according to a report by The Center for Economic and Policy Research.

In the E.U., the situation is similar, with a large proportion of slaughterhouse workers coming from migrant communities. This year, after Russia’s invasion of Ukraine, German pork producer Tönnies sent employees to the Polish-Ukrainian border to offer refugees a ride to Germany if they agreed to work for the company.

Meat-Free Labor: Mixing Instead of Dissecting

The production of plant-based ingredients eliminates the most physically and emotionally grueling elements of meat production — dissecting animal bodies and taking their lives. Workers employed by plant-based producers create food products by mixing ingredients together or overseeing other steps of the production process, such as forming, breading and packaging.

It’s unlikely that everyone currently working in the meat industry will find a new job in a plant-based food system, however. Retraining might not be an option for everyone, and some workers may want to pursue jobs outside of the agriculture industry entirely. Also, experts point out that the production of plant-based alternatives may be more automated than meat processing, resulting in fewer factory jobs for human employees. Workers in a plant-based system would also not be immune from many other workplace challenges, as a shift in ingredients does not necessarily improve management.

Yet all of these constraints should not stand in the way of climate action that reduces food system emissions, avoids animal slaughter and creates jobs where workers don’t have to engage in traumatic activities on a daily basis. Considering the trauma and damage caused by slaughterhouse work, fewer jobs in that industry are hardly bad news.