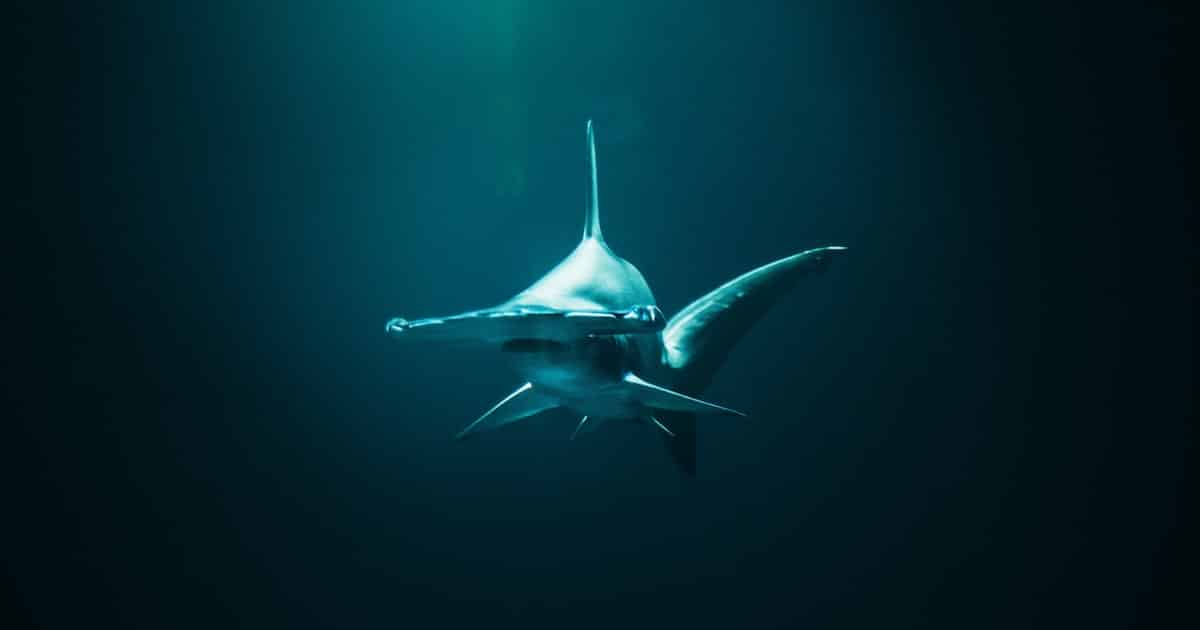 The Tale of Two Lab Kittens: The One We Saved, the One We Didn’t, and Why It’s Historic

Sharks are often feared and misunderstood, due in part to decades of demonization in films and the news media. While the rare incident of a shark biting or killing a human dominates the narrative, the reality is that humans have proven themselves to be a far deadlier threat to sharks than they are to us.

These oceanic predators first appeared on planet Earth long before the dinosaurs and have evolved over the past 400 million years. They have survived five mass extinctions, which makes it almost unthinkable that many shark populations are rapidly declining. These predators vitally important to the health and balance of their marine ecosystems, but humans are indeed pushing sharks to the brink. Research has found that since 1970, the global population of sharks and rays has declined by 71 percent, largely due to overfishing and the shark fin trade.

“Despite new species still being discovered, the very survival of sharks is under threat. Many are endangered and their biggest threat? Us. Climate change, pollution, and habitat destruction are all factors affecting their numbers,” BBC reports. “The main threat to their survival is overfishing. Humans kill many species in large quantities for meat and fins.”

Slow to mature and producing few offspring, sharks are particularly vulnerable to this onslaught. And while finning is just one of many fishing threats faced by sharks, it represents a profitable international trade that is causing an estimated 73 million sharks per year to suffer and die. What exactly is shark finning, and why does it pose such a danger to the oceans?

What Is a Shark Fin?

Globally, around 100 million sharks are killed each year, but not all sharks are taken wholly by the fishing industry. Many are caught only for their fins, which are made of cartilage. The shark fins are then removed and sold for human consumption.

Finned sharks are often still alive and conscious when they are dumped back into the water. Unable to swim without their fins, the sharks are left to likely die slowly of blood loss, suffocation, or predation by other animals.

How Many Fins Does a Shark Have?

Each of these fins serves a different purpose for sharks, with the dorsal fins and pectoral fins offering stability, pectoral fins providing the ability to steer, and the caudal fin facilitating thrust.

What Is a Shark Finning?

Shark finning is the act of cutting off a sharks’ fins before dumping the rest of the shark back into the ocean. This is done because fins are much more profitable than meat from the rest of the shark. Sometimes, fins are removed at fish markets from sharks who have already died, but “shark finning” generally refers to the intended catch of sharks and removal of their fins at sea.

What Are Shark Fins Used For?

This soup is a traditional Chinese dish featuring shredded shark fins that have been dried and prepared. The soup has been considered a delicacy and a symbol of hospitality in China where it was once served only to nobility, and while the dish still holds valued cultural significance to some, overall consumption in China has dropped drastically—falling 80 percent from 2011-2018.

This decline is often credited to the Chinese government banning the soup from official banquets in 2012, and public awareness campaigns including ones featuring basketball star Yao Ming, who has said in a WildAid video opposing shark fin soup, “when the buying stops, the killing can too.”

WildAid also reported in 2018 that the market for shark fin soup has grown in Hong Kong, Macau, and Thailand. Finning, though, is not contained to China. It is a global threat to sharks that is fueled by international demand, as shark fins are imported into many countries around the world. Shark Stewards stated in 2017 that “consumption is increasing in Western societies with affluent consumers, Asian and non-Asian.”

While it is most widely known that shark fins have long been used in traditional Eastern medicine, cartilage from sharks is used in supplements in Western countries as well. Many credit its growing popularity to the 1992 book “Sharks Don’t Get Cancer,” later followed by “Sharks Still Don’t Get Cancer.”

What Are the Alleged Benefits of Shark Fins?

Shark fin soup has been believed in traditional Eastern medicine to benefit overall well-being, appetite, energy, the health of vital organs such as the kidneys and lungs, and more. Shark cartilage is also found in products around the world, marketed for the treatment of cancer, inflammation, psoriasis, and arthritis. It is also used in other products, such as cosmetics.

However, there does not seem to be sufficient evidence to prove its effectiveness in the treatment of these conditions. WebMD writes, referring to shark cartilage capsules, “this product has not been found to be effective when used for cancer.” Some research has actually found shark cartilage supplements to exacerbate inflammation. In a 2015 study, researchers found that shark cartilage “could pose a potential health risk for consumers, particularly those with underlying inflammatory diseases such as irritable bowel syndrome and arthritis.”

Shark fin products are often not labeled correctly. A study looking at 29 commercial shark supplement products sold in the U.S. recently found that nearly half of those sampled “had at least one instance of noncompliance with labeling regulations.”

The health risks of consuming shark fins have become even more obvious in the last year. In 2020, a study published examined levels of mercury and arsenic in processed fins from nine highly traded shark species in Hong Kong and China seafood markets. The authors found that all of the fins exceeded the mercury limits set by the Hong Kong government.

The practice of shark finning has been banned in several countries around the world. However, loopholes exist. In many places where the practice of removing fins from live sharks has been outlawed, the import and sale of shark fins are still legal, allowing demand to continue fueling the shark fin trade.

For example, the United States banned shark finning in 2000, but the sale of fins remains legal. The Shark Fin Sales Elimination Act, reintroduced by Senator Cory Booker in 2021, could close this loophole. Canada has already taken that next step, banning the import and export of fins in 2019. This came as a blow to the shark fin industry, as Canada was the largest importer of shark fins outside of Asia at the time.

In addition to legal trade of fins, National Geographic reports that the U.S. is “inadvertently facilitating shark fin smuggling,” and that the country’s location “along trafficking trade routes… means that significant illegal shipments transit the U.S. by land, air, and sea.”

Why Are Shark Fins Illegal?

Footage of shark finning has revealed sharks writhing onboard fishing vessels as their fins are cut off. Some are repeatedly hit or violently handled as they struggle, before being kicked or dumped back into the sea.

Some finned sharks may have also suffered as bycatch, which occurs when fishing vessels catch animals they were not intending to, like sharks, birds, and seals. Animal Welfare International states, “The international shark fin trade is largely unregulated, so sharks caught accidentally are routinely killed for their fins.”

A quarter of the world’s shark and ray populations are considered threatened with extinction, according to the International Union for Conservation of Nature. With an estimated 73 million sharks finned every year, the practice of shark finning looms large among the many threats to wild shark populations.

Among the most commonly finned species of sharks are the scalloped hammerhead and the smooth hammerhead. Smithsonian reports that between 1.3 and 2.7 million of these two shark species are killed in the shark fin trade every year.

Impacts on Other Populations

Sharks play a crucial role in maintaining the health of the ocean’s food chain and ecosystems, and an absence of sharks can negatively impact other species.

As apex predators, sharks balance the populations of other marine species, helping to control the disease by consuming the weak and ill. Oceana states, “The removal of sharks from the coral reef ecosystem can ultimately affect the resilience of coral reefs to disturbance, leading to a homogeneous habitat with declines in species diversity and abundance.”

Where Is Shark Finning Illegal?

Shark finning bans exist in many countries, though some may still export fins from caught sharks and allow the sale and consumption of shark fins.

Below are some of the countries with shark finning bans in place:

More countries can be found on this list compiled by Animal Welfare International, WildAid, and Humane Society International.

Where Is Shark Finning Legal?

Shark finning remains legal in several other countries around the world, and it continues in part due to demand for shark fin imports to other nations. Hong Kong is the world’s top shark fin importer, responsible for half of the global trade, the Guardian reports.

Below are some countries that do not have shark finning bans in place:

A list of more nations and information on shark finning legislation can be found here from the Shark Research Institute.

How Can We Stop It for Good?

Opposing the sale of fins is a good place to start taking action. If you are in the U.S., you can help by contacting your elected representatives and urging their support for the Shark Fin Sales Elimination Act. The Humane Society Legislation Fund offers this page where you can find contact information to make phone calls, or send a message online.

Many organizations are raising awareness around shark finning in their fight to end the practice. If you’re looking for other ways to get active, you can share informational videos and campaign information from nonprofits such as WildAid, Oceana, and Animal Welfare Institute.

Shark finning is one of the largest human threats lurking in the waters today. Though many people fear sharks and may not feel the same compassion for them as they do for their companions, these magnificent animals are still worth protecting. Sharks are sentient beings who deserve to live in the oceans they have roamed for hundreds of millennia. As the climate crisis continues to accelerate, it seems we have little choice but to recognize that the fate of life on Earth, including humans, is intertwined with that of sharks.