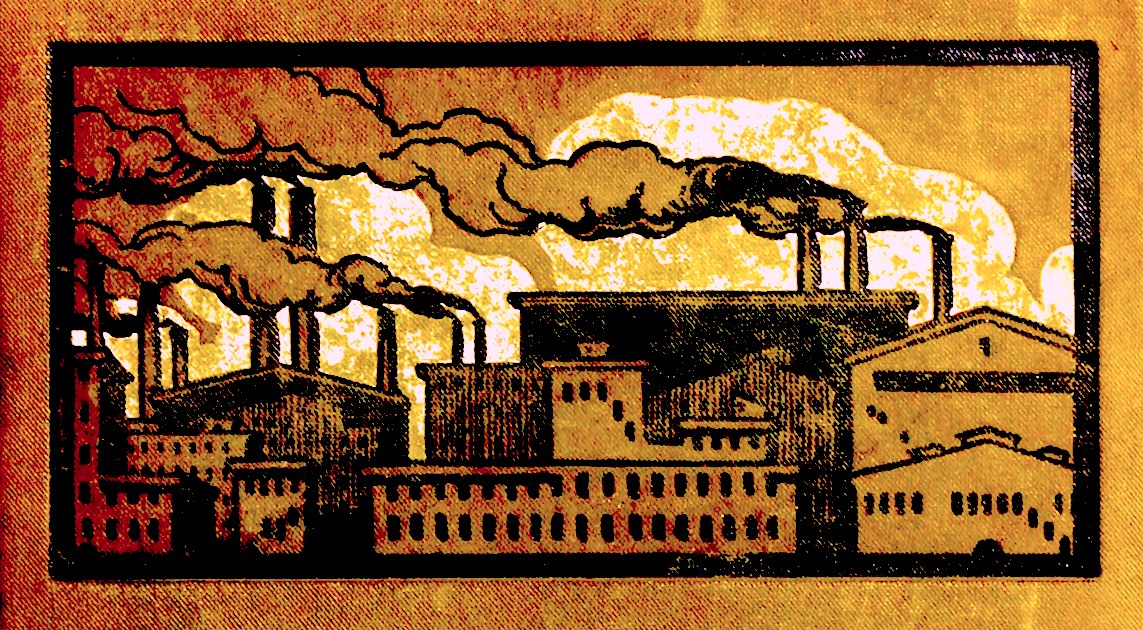 Why the Business Lunch of the Future Should Be Animal-Free

More than a century has passed since Upton Sinclair’s tell-all novel, The Jungle, sparked public outrage at the corruption of the meatpacking industry. The work of fiction exposed the very real horrors faced by migrant workers and farmed animals at the hands of a company that prioritized profit whatever the cost. Meatpacking companies today are nothing like that, or so we like to think. But if countless undercover investigations and hours of damning footage are anything to go by, the industry is as corrupt as ever.

Bravo Packing is a perfect example. In June this year, U.S. nonprofit Animal Outlook went undercover at the family-run dog food producer’s New Jersey facility, where cows have been “cruelly slaughtered… in filthy, deplorable conditions for over a decade.”

Footage from the investigation shows a “downed cow,” one who was allegedly either injured or too unwell to move on her own, being presented for slaughter at Bravo Packing. Unable to stand, she is dragged off the trailer and onto the concrete with a metal chain. There she writhes on the kill floor, surrounded by standing water, pools of blood, and feces. “Her repeated distressed vocalizations and bodily movements… clearly indicate distress, pain, and suffering,” said a veterinarian, commenting anonymously due to fear of retribution. The video also shows a Bravo worker preparing carcasses in the background, an act that Animal Outlook says could create a risk of contamination due to the unsanitary conditions.

Following its investigation, Animal Outlook is calling for criminal charges to be brought against Bravo Packing and one of Bravo’s animal haulers, J&S Barr. “Bravo and Barr’s treatment of this helpless cow was not only callous—we allege that it was illegal,” said Will Lowrey, Counsel at Animal Outlook.

The animal advocacy group believes that the incident, which lasted more than 10 minutes, violated both federal and state laws. These include the federal Humane Methods of Slaughter Act, the New Jersey Humane Treatment of Domestic Livestock Regulations, New Jersey’s animal cruelty law, the Federal Food, Drug and Cosmetic Act, and New Jersey’s food safety laws. Animal Outlook has written to the U.S. Government and the state of New Jersey outlining its complaints.

The victim, according to Animal Outlook, suffered multiple head traumas due to repeated failed attempts at stunning. The veterinarian said that the cow is “displaying clear signs of consciousness, despite numerous ineffective and delayed attempts to stun her.” The video “depicts numerous instances of cruel and inhumane treatment of a cow in association with slaughter, leading to her protracted suffering and failure of the facility to meet widely accepted minimum standards,” according to the veterinarian.

A History of Allegations

This is far from the first time that Bravo Packing has come under scrutiny. The company has a history of allegedly breaching both animal welfare and food safety laws, bringing into question how a place like this is still allowed to operate.

“Unfortunately, it is extremely difficult to close down a slaughterhouse, particularly one that is producing food for animal consumption and not human consumption,” says Lowrey, noting a general lack of interest in safeguarding animal health. “The regulation of animal food production is far less strict than that for human food; requirements are less, testing is less, federal inspection is non-existent.”

High demand for meat is what makes modern-day Durhams so powerful. “Even slaughterhouses producing food for human consumption are extremely difficult to shut down, given government and public support for the meat industry,” says Lowrey.

In 2009, an employee at Bravo was charged with two counts of animal cruelty. He died before he was convicted. The company itself, aside from penalties and recalls by the U.S. Food and Drug Administration (FDA), has never faced criminal charges or any “meaningful action,” according to Animal Outlook.

Cows are not the only victims of Bravo. In 2008, actress Amanda Sorvino went undercover to expose the company’s treatment of horses. She claimed that “ex-racehorses and other animals were left at the facility’s ‘kill lot,’ where they were starved for several months and up to two years, abused and ultimately killed in the presence of their terrified herd mates.”

She said that in one “macabre” incident, the manager “entered the ‘kill lot’ after midnight with a baseball bat [and] hit the only seeing eye of a partially blind draft horse.” Sorvino was able to help rescue the victim and ten other horses.

“It’s mind-boggling that places like Bravo still exist,” she said.

The Jungle played a major role in making the FDA the consumer protection agency it is today. This, however, was apparently not Sinclair’s intention. “I aimed at the public’s heart and by accident I hit it in the stomach,” he famously said, suggesting that he wanted to highlight the plight of workers and animals more than the issue of adulterated meat.

The Pure Food and Drug Act and the laws that followed made meat safer, but the investigation at Bravo Packing is evidence that contaminated products are still produced and sold. In 2018, Bravo recalled its Performance Dog products after samples collected from an FDA inspection tested positive for Salmonella. Then in September 2019, the FDA warned that dogs should not be fed any Performance Dog frozen food, saying that it “represents a serious threat to human and animal health.” This came after it was found to be contaminated with Salmonella for a second time. The FDA also said that in 2016, a Bravo horsemeat product for exotic animals tested positive for drug phenytoin and the euthanasia drug pentobarbital.

In March 2020, the FDA issued a warning letter to Bravo, outlining several alleged violations of the Federal Food, Drug, and Cosmetic Act it found during an inspection. Then, at the end of last year, samples of Bravo Packing’s Performance Dog obtained by Animal Outlook were again found to be contaminated with Salmonella. This prompted an investigation by the FDA, which confirmed the presence of Salmonella and also detected listeria monocytogenes bacteria. In March 2021, Bravo issued a recall of the product, which the company then later extended due to fears of cross-contamination.

The “Final Straw” for Bravo Packing?

The closure of a slaughterhouse based on bad practices is difficult for animal advocates to achieve, but not entirely impossible. It has happened, although not yet for one producing animal food. “There are some rare instances in which the United States Department of Agriculture temporarily shut down operations for slaughterhouses producing food for human consumption,” says Lowrey. “One of those,  at Central Valley Meat Slaughterhouse in California, stemmed from an Animal Outlook (then Compassion Over Killing) investigation showing egregious abuse to spent dairy cows. A Vermont slaughterhouse was also temporarily shut down many years ago after the Humane Society of the United States exposed cruelty to day-old calves,” he says.

The non-profit is hopeful that the incident exposed by its new investigation will be “the final straw” for Bravo. “We strongly urge New Jersey and federal authorities to intervene and close the company for good to spare other animals from such suffering and to protect consumers from Bravo’s dangerously tainted products,” says Lowrey.

The closure of somewhere like Bravo would be a step in the right direction, but it will not solve the problem itself. “The cow we documented at Bravo Packing is not the victim of some isolated incident. She is representative of countless animals who suffer in a similar manner each day in this country,” says Lowrey.

“Many consumers believe that these instances are random, isolated instances and make purchasing decisions under the false impression that whatever animal they are consuming was not treated like this,” he says. “That simply isn’t the case.”

“Day in and day out, animals are dragged, prodded, kicked, beaten, and forced to their slaughter. The agriculture industry spends millions of dollars on advertising and ag-gag laws to try and keep this reality from the general public, but our investigations consistently reveal the truth of what happens to animals behind the walls of slaughterhouses and factory farms,” he says.

The new investigation, like countless others, points to why it is so hard to implement meaningful change in the industry. “Animals are viewed as inanimate commodities and their sole purpose in the eyes of a slaughterhouse is to produce a profit,” says Lowrey.

Meat producers typically have a similar attitude when it comes to their employees. Despite progress in the mid-1900s, the worker’s rights issues revealed in The Jungle have returned. Turning animals into meat “is by its nature demanding physical labor in bloody, greasy surroundings,” states a Human Rights Watch report. “But workers in this industry face more than hard work in tough settings. They contend with conditions, vulnerabilities, and abuses which violate human rights.”

Manual laborers, most of whom are Black Brown Indigenous People of Color and immigrants, face long hours, without breaks, in unsanitary conditions for low pay. Treated like machines, their already dangerous work of cutting up animals on a production line is made all the more so by fast line speeds. Injury and Illness are common, with incidents such as “hospitalizations, amputations or loss of an eye” occurring, on average, every second day between 2015 and 2018.

The good news is that we, as consumers, can have an impact. To help the animals caught up in this industry, “the most effective thing anyone can do is to leave meat and dairy products off their plate. Without consumer demand, less and less animals will be subjected to abuse and mistreatment,” says Lowrey. “In the case of Bravo Packing, consumers should also carefully consider what they are feeding their animals and reflect on where that food may have come from.”

“Consumers are increasingly aware of plant-based alternatives for human foods, but they should recognize that cows, chickens, pigs, and other animals also suffer in the production of animal food, including pet food,” he says, adding that the video footage from Bravo Packing is “a stark depiction of this.”

“In addition to making informed consumer choices, people should support groups like Animal Outlook that conduct undercover investigations and share this video to encourage the general public to become informed on where their food products—human and animal alike—truly come from,” says Lowrey.

Update: The U.S. Food and Drug Administration has since sued Bravo Packing for selling Salmonella-tainted products.