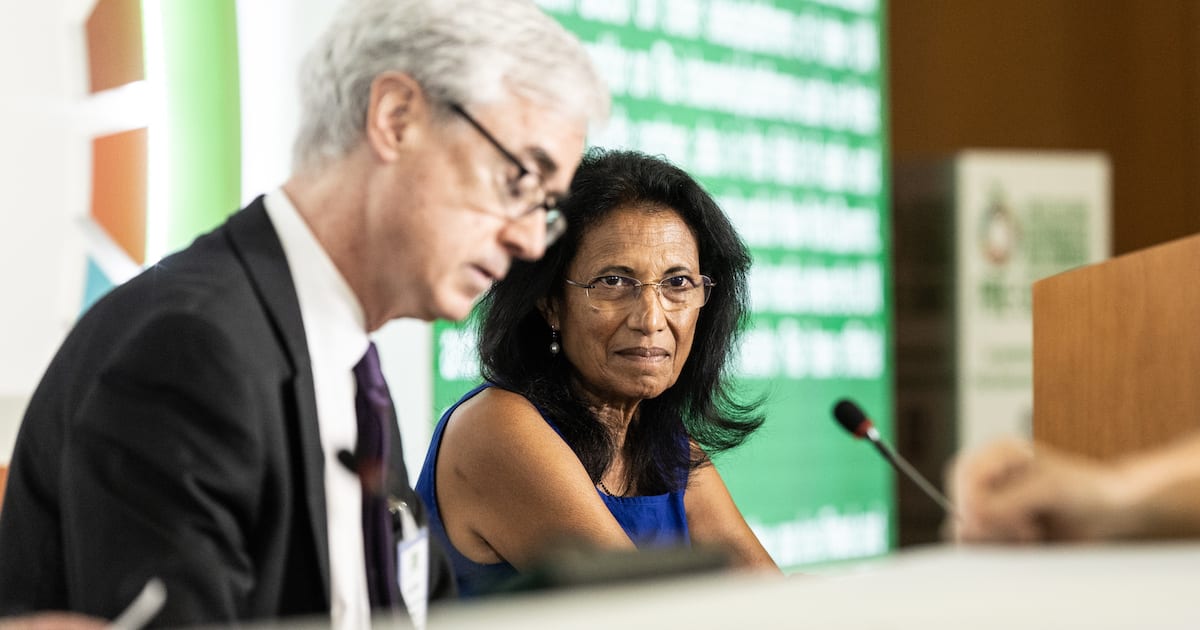 World leaders from around the globe gathered virtually today at the historic United Nations Food Systems Summit (UN FSS), which took place in New York City.  The summit, a key part of the Decade of Action to meet the UN Sustainable Development Goals (SDGs) by 2030, aimed to pave the way for a future of food that is healthier, fairer, and more sustainable.

In a Statement of Action delivered at the Summit, UN Secretary-General António Guterres called for transformative change in the food system.

“Through national dialogues, governments gathered together businesses, communities, and civil society to chart pathways for the future of food systems across 148 countries,” he said in the statement. “Over 100,000 people came together to discuss and debate solutions—many of which are now being shared at this Summit.”

But no summit of this magnitude would be complete without a little controversy. Critics made their perspectives known ahead of the much-anticipated meeting, with some organizations boycotting the event entirely. The UN’s elitism, misleading claims, and ties to major agribusiness were among the complaints. And while plant-based solutions were a part of the UN’s platform, much more attention was paid to livestock producers and the role they will play in building the food system of the future.

With extreme temperatures already costing the lives of five million people each year, the need to stop global warming has never been more urgent. Addressing the UN General Assembly earlier this week, U.S. President Joe Biden highlighted the need for nations to work together if the world is to avert climate disaster.

Food systems “can and must become climate neutral,” said Prof. Professor Joachim von Braun, Chair of the Summit’s Scientific Group, addressing the Summit. But building climate neutrality is only half the battle. The Climate Crisis Advisory Group warns that focusing on net-zero targets alone is not enough to avoid climate catastrophe. The group urges companies to set net-negative emission targets instead.

However, at the current rate of meat production, this may be impossible. A new report suggests that “political inaction continues to enable the expansion of large-scale meat and dairy companies despite the sectors’ climate and health impacts.” If global meat production rises above its current level, which it is forecasted to do, many of the SDGs will be out of reach. The Summit now faces the difficult task of reconciling its support for the meat and dairy industry with its own development goals.

“Building trust in the food system can benefit all of us,” said the UN Secretary-General’s Special Envoy Dr. Agnes Kalibata of Rwanda.

The U.S. intends to cut its climate emissions by 100 percent by 2050. As a part of this initiative and its ongoing commitment to the SDGs, President Biden hopes to pass his new “Build Back Better” bill through Congress next week.

A new social media campaign, which is using the hashtags #CodeRedCongress and #CodeRedClimate, was launched yesterday in support of the bill’s plans for climate action. The campaign saw celebrity backing from Billie Eilish, Leonardo DiCaprio, and others, who encouraged their social media followers to take action and urge local representatives to support the bill.

But, as is often the case with climate policy, the agenda seems to focus on energy and transport while overlooking the greenhouse gas emissions created by animal agriculture. The livestock sector accounts for at least 14 percent of global greenhouse gas (GHG) emissions. Some experts believe that this is an underestimate, with research suggesting that the industry is responsible for at least 37 percent, or even as much as 87 percent, of all GHG emissions.

Scientists have warned that humanity cannot combat climate change without drastically reducing meat production, yet the power and influence of big meat and dairy companies have long seen the industry’s environmental destruction left off the table at climate talks. The UN Food Systems Summit was no exception.

The past 18 months leading up to the summit have seen hundreds of thousands of people, including farmers, youth, and Indigenous People, coming together to share ideas and discuss solutions, but concerns have been raised about talks being heavily weighted towards industry interests. In the days running up to the event, an investigation by Greenpeace Unearthed revealed that livestock leaders had been lobbying the UN to support factory farming.

The International Meat Secretariat and International Poultry Council are reportedly among industry groups that wanted the UN to promote increased meat consumption. According to Greenpeace Unearthed, the lobbyists claimed that “advances in intensive livestock systems” would “contribute to the preservation of planetary resources.”

This comes after a new study, published earlier this month, found that meat has double the climate emissions of plant-based food. Researcher and lead author of the paper, Xiaoming Xu, told the Guardian that, “to produce more meat you need to feed the animals more, which then generates more emissions. You need more biomass to feed animals in order to get the same amount of calories. It isn’t very efficient.”

The global animal welfare charity hopes that its event will help “raise awareness on how skyrocketing meat consumption in the United States and around the world is contributing to climate change by supporting factory farming.”

Participants of the event are encouraged to join World Animal Protection’s Meating Halfway journey, which aims to give people the tools and resources they need to start eating less meat.

While World Animal Protection is not a vegan or vegetarian organization and says that while asking everyone to cut out meat altogether “might not be feasible,” it recognizes that “eating less meat can have a significant positive impact on the lives of farmed animals, public health, and the planet.”

“We believe in meeting people where they are and encouraging small but meaningful changes,” he said.