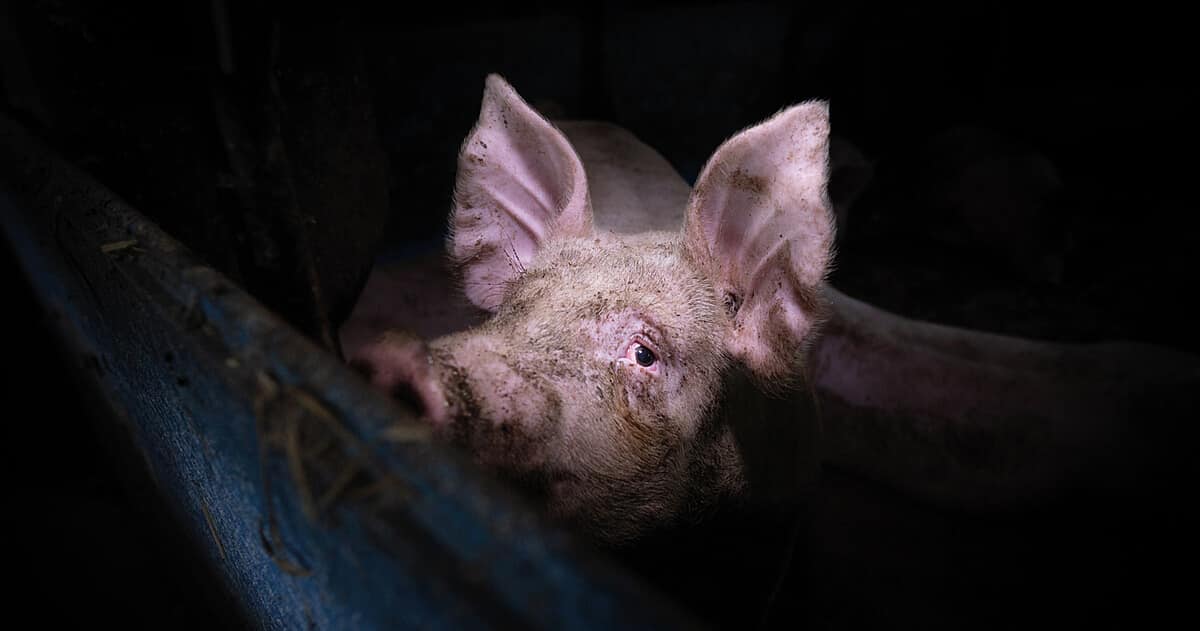 A newly-born litter of piglets is piled into cramped pens, where farmworkers administer the first in a series of vaccinations and booster shots. The blood of the small, frightened piglets receiving the drugs spurts over the dirty floors of a high-density hog farm. Over the next six months, the piglets will be subjected to an array of vaccinations aimed at keeping them healthy, but not in the traditional sense.

On an industrial pig farm, the term ‘healthy’ takes on a new meaning. In addition to preventing disease outbreaks, the vaccines are used to maximize the piglets’ daily weight gain and help them reach slaughterhouses as quickly and efficiently as possible. But while more healthy pigs are good news for farmers and their balance sheets, animal advocates say the use of vaccines in livestock production has more to do with maximizing profits and less to do with animal welfare.

Losing farmed animals to disease used to be a cost of doing business. However, the rapid expansion of industrialized animal agriculture over the past few decades has exacerbated the problem: crowding millions of stressed-out animals into cramped, filthy spaces drastically reduces their immunity and makes them vulnerable to diseases and the spread of diseases. Now, the rise of industrial animal agriculture is causing an unprecedented increase in disease outbreaks on factory farms across the globe.

Disease outbreaks on factory farms are controlled in large part by a crude method of population control called culling, in which large numbers of infected and uninfected animals are rounded up and killed using mass-killing methods such as gassing, shutting off the ventilation into barns, or suffocation with foam. In 2001, the United Kingdom responded to an outbreak of foot-and-mouth disease by hastily slaughtering over 6 million pigs, sheep, and cattle. Widespread culling also occurred in an attempt to contain the emergence of the H5N1 avian flu in 2005, but the approach failed. The avian flu, an affliction that used to occur in wild birds, has now become a frequent occurrence in poultry farming operations. Since the virus was first discovered, it has crossed interspecies barriers and remains a significant pandemic threat for humans.

Currently, the UK is dealing with the largest outbreak of bird flu in both wild and captive birds in her history. Conservative estimates indicate that over half a million chickens have been culled in the latest outbreak in the U.K. alone. In Israel, the outbreak of bird flu spread from the farmed chickens to wild cranes who were on their migratory path for winter and has resulted in the additional culling of over 5,000 cranes to stop the spread of the disease.

Partly as a result of the failure to contain the avian flu, the United Nations Food and Agriculture Organization and the World Organization for Animal Health began advocating for vaccinating farmed animals as the preferred means to stop the spread of infections. But it is important to note that the emphasis on vaccinating rather than culling farmed animals is driven by the need to effectively prevent the spread of infections, rather than support animal welfare.

Vaccinating farmed animals is rapidly being recognized to be the best defense against infectious viral and bacterial diseases that result from keeping animals like the piglets in unsanitary and stressful conditions prevalent in industrial farming operations. By 2025, the global animal vaccine market is poised to reach $9 billion in value, and up to 20 different vaccines targeting farmed animals are currently available. Each is marketed as a clever new way for animal farmers to boost their herds’ productivity, with little to no mention of how the animals will be impacted.

While vaccinating farmed animals is often discussed by animal agriculture proponents as a welfare measure aimed at preventing disease outbreaks in crowded factory farms, a farmer’s drive to maintain a disease-free herd is inherently profit-driven. Farmers maximize their herds’ profit margins by weighing the costs of investing in vaccines against the likely costs or missed revenue opportunities of foregoing vaccine treatments, such as reduced milk or egg production, longer times to slaughter, and losing animals to disease. Vaccines are, then, also viewed as a promising alternative to antibiotics, whose extensive use on factory farms is increasingly attracting public scrutiny. However, rather than addressing the root causes of rampant infectious disease on factory farms, vaccines are increasingly seen as a workaround that can be used in place of antibiotics.

When vaccines and antibiotics are not readily available to factory farms, farmers rely on natural behavior to determine whether or not an animal is sick and use their distress signals to recognize the onset of disease. This, too, is driven by the desire for profits and does little to safeguard the individual wellbeing of farmed animals. By looking for signs of disease and not the root cause of it, farmers minimize their risks of loss and maximize profit. Vaccinating animals is a means to the same end.