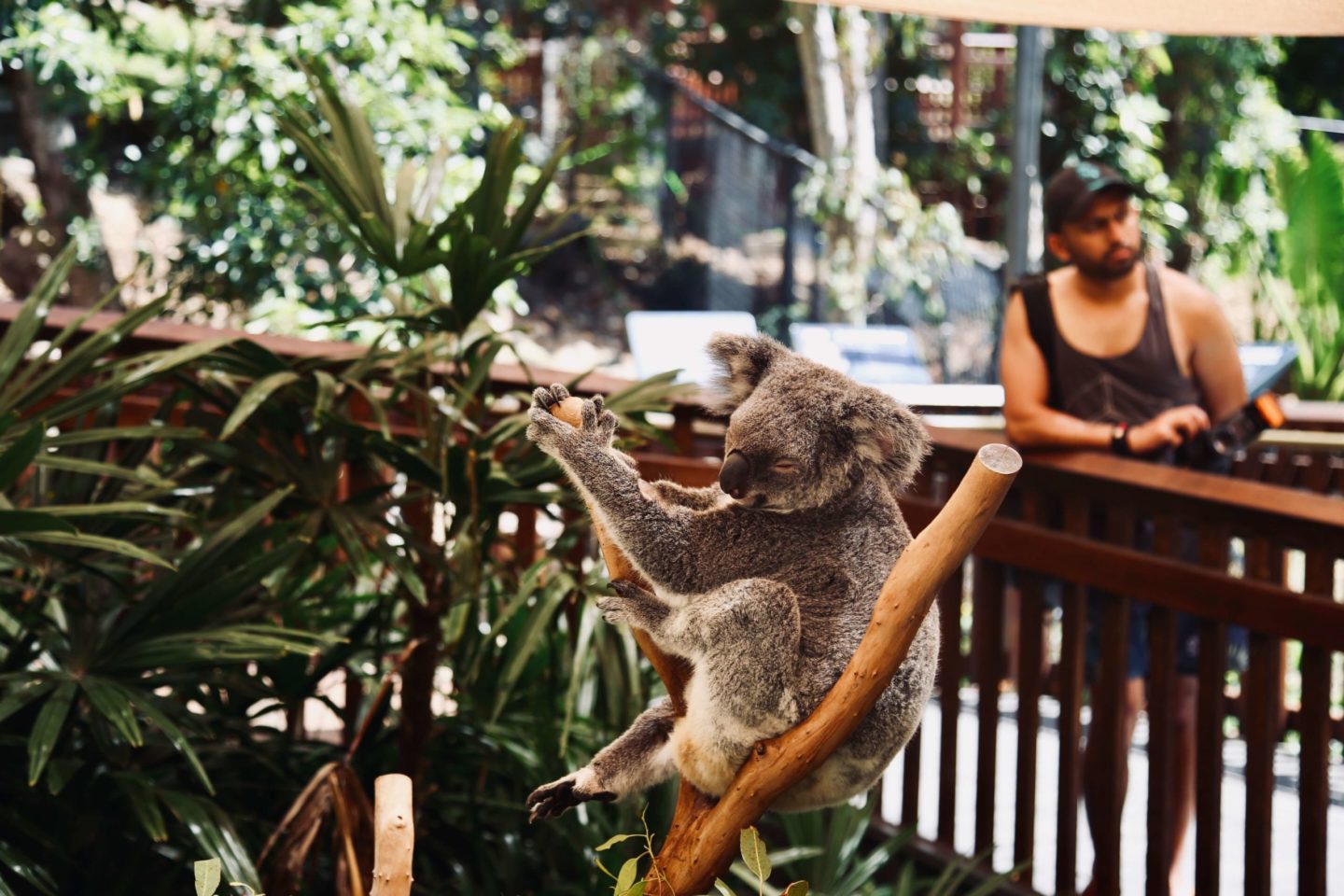 Has Earth’s Most Trafficked Mammal Stopped the World?

An orangutan huddles in a glassed enclosure at the Phoenix Zoo, head in hands, facing away from a staffer wearing a facemask. A parrot squeezes their head between chain-link fencing at Orana Wildlife Park in New Zealand, the bird’s out-of-focus beak straining towards the camera lens. At the Bronx Zoo, a gelada monkey looks pensively off into the distance with slightly narrowed eyes.

If zoos and media outlets are to be believed, these animals are suffering from boredom and loneliness now that human visitors are missing from zoos, thanks to social distancing necessitated by the coronavirus pandemic. While zoos around the world have shut their doors to the masses, they continue their daily operations, since animals must be fed regardless of whether there are paying customers. Some zoo staff remark that their captives appear to notice the newfound quiet. Zoo employees are making efforts, like spraying perfumes around enclosures and taking animals for long walks, to keep animals “occupied.” Articles describing supposedly lonely zoo animals who miss their human “friends” often seem designed to bring a little levity to readers during this time of crisis. But, just as with zoos themselves, such levity comes at the animals’ expense. The problem for animals in zoos is not the missing masses, but captivity itself. Zoo animals are always on lockdown.

Suggestions that zoo animals may be unhappy with their confinement are often met with charges of anthropomorphism or pronouncements that we have no way of knowing for sure what animals think. However, zoos and their admirers can be quick to deploy a double standard by putting words into the mouths of animals if doing so justifies their ongoing captivity. The recent assertions that animals are “missing their human friends” serves as a striking example. It’s difficult to prove that animals—some or all—are missing humans, and even if they are, the animals’ underlying motivations remain questionable. Might zoo animals miss the treats that they receive during encounters more than the humans themselves? Do animals appreciate human visitors only because they are denied all other forms of stimulus and freedom—such as the ability to explore new places or form social bonds of their choosing, as they likely would in the wild? Even more questionable is the suggestion that captive animals, who have no meaningful autonomy, can be “friends” with zoo visitors. Friendship involves mutual affection between parties—with an emphasis on mutuality—and is strengthened by compassion, kindness, altruism, and understanding. “Friendship” based on a fleeting glance between bars or a few strokes on the belly isn’t friendship at all, not even a remote semblance of one.

Assertions that animals are struggling with boredom now that the public is gone fail to account for the excruciating boredom arising from entire lifetimes spent in the same severely-constricted exhibits. Captive animals frequently suffer in myriad ways;  they communicate their suffering through repetitive stereotypic behaviors such as pacing, head-bobbing, or tongue-chewing. Such behaviors indicate underlying chronic stress arising from a lack of mental stimulation, among other factors. Notably, while repetitive stress-induced behaviors are widespread in captivity, they are virtually unseen in the wild. People lament being temporarily cooped up in their homes to flatten the curve, yet even when the pandemic is over, zoo animals won’t be going anywhere.

The ways that zoos communicate to the public about the animals that they hold captive tend to reinforce biases that aren’t aligned with established scientific fact; such misleading narratives are designed to reinforce the idea that it is ethical to keep animals in confinement. Staff from the Bronx Zoo, notorious for cruelly keeping two elephants in social isolation for years, commented that some of the zoo’s animals appear to notice the absence of visitors more than others. This discrepancy likely arises because, as with humans, species and the specific members of a species have unique, varied personalities. Some individual zoo animals may enjoy the presence of humans as a salve for otherwise crushing boredom, while others prefer privacy. But it should come as no surprise that zoo animals are able to perceive the absence of the usual crowds. So many species have demonstrated self-awareness, emotional sensitivity, and intelligence beyond what was previously imagined. These findings call into serious question the morality of using sentient beings for humans’ entertainment and public display.

Zoos are designed primarily for people, not animals. Enclosures are often small in order to ensure that animals are always visible to paying customers. The resulting living conditions can lead to chronic stress, debilitating illnesses, and shortened lifespans. All species, but especially those accustomed to vast ranges in the wild, are prevented from moving about as they normally would. No animal, even those who have been rescued and rehabilitated, has a choice about whether or not to live at a zoo. There is a reason that zoos are comprised of animal cages: it is to prevent animals’ escape, denying them the ability to choose where and with whom to spend their lives. No amount of financial investment or expanded size of enclosures can come close to approximating a life in the wild. Only in the wild is there freedom; it is impossible to fit freedom into a cage.

The patronizing tones of zoos and those who support them, and the scientifically inaccurate ideas that they broadcast, paint an incomplete and disingenuous picture of what captivity is really like for animals. These portrayals also reinforce outdated and unfair ideas about what wild animals need in order to thrive. That zoo animals perceive differences in their surroundings caused by humans’ social distancing should not be a surprise—but zoos also should not posit that humans provide such fulfilling entertainment for zoo animals that they are now missing their human “friends.” The behaviors of captive animals suggest that they are acutely aware of their endless confinement and roles as forced spectacles. There’s nothing lighthearted about that.