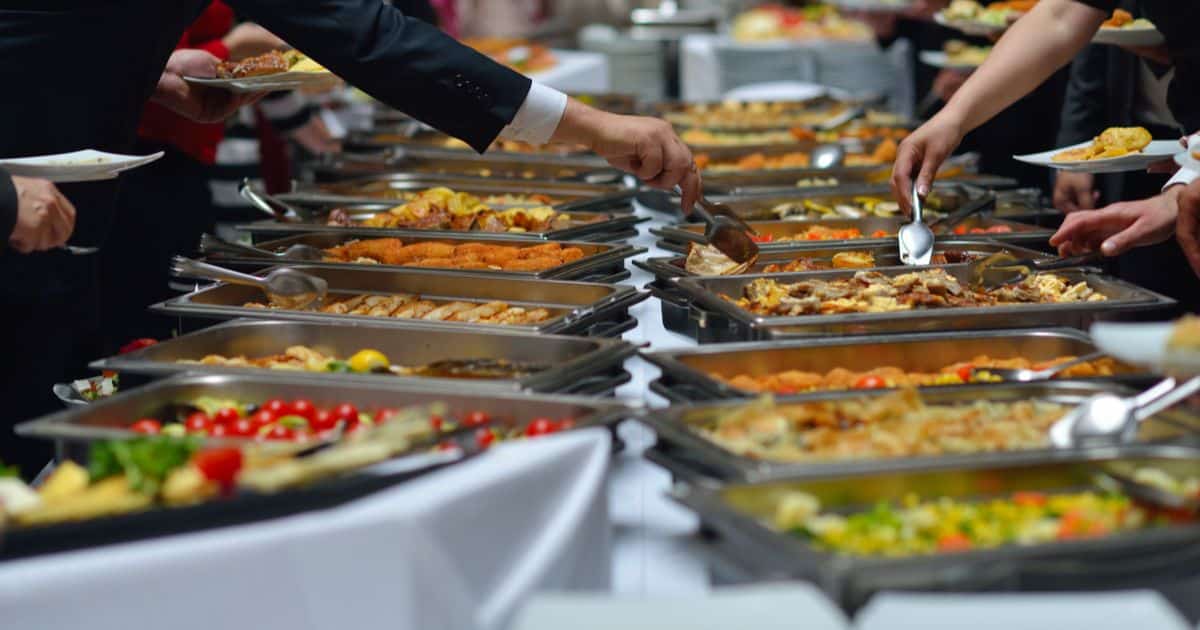 The American Society for Prevention of Cruelty to Animals set off a minor uproar last month. At this year’s Annual Humane Awards Luncheon — a celebration of both human and non-human animal heroes — the ASPCA was planning to serve meat and dairy dishes.

Representatives from animal rights groups Animal Place, PETA, Direct Action Everywhere and Animal Save confirmed to Sentient Media that they directly appealed to ASPCA to change the menu to remove all animal-derived items. ASPCA declined to comment to Sentient Media about the event.

“We’d hope an animal protection organization wouldn’t serve dead animals or their eggs or milk for lunch. We had no one at ASPCA’s event to verify what — or who — was on the menu,” said a representative from PETA.

It’s easy to see the disconnect — an awards event celebrating animal welfare, catered on the backs of unlucky animals?

This isn’t the only time that catering caused controversy. The Winnipeg Humane Society were proud of their humane ‘grass-fed’ beef options at their Bow Wow Gala, standing apart from the animal rights groups in the region that advocate for an animal-free diet. In 2021, COP26 drew eyerolls when they indicated the carbon emissions of their catered food items revealing that one beef-based item was worth nearly 4 kilograms of carbon emissions, 20 times more than a vegan alternative.

There is a trend here. As the public becomes more aware of the impact of what we eat — both to animals and the planet — there is far more scrutiny leveled at what’s on the menu.

Putting Your Values Where Your mouth Is

It may seem trivial to be concerned with the goings-on at galas and luncheons, but the public is paying far more attention to climate hypocrisy these days. Kylie Jenner created an absolute uproar when she posted an Instagram photo of herself with two massive private jets behind her. Leonardo DiCaprio once flew 8,000 miles to accept a “Green Award” from a gala in New York.

The criticism extends beyond planes. Food is a unique battleground that can simultaneously unite and polarize people. Food tends to be deeply intertwined with culture but it’s also undeniable that what we eat has an effect beyond a single meal. Meat is far and away the most climate-destructive section of the dinner plate — some estimates say that 75 percent of agricultural land could be rewilded if the world went plant-based, an area the size of North America and Brazil combined.

Ethically, food is a thorny subject because we all tend to be hypocrites in some way. Nearly half of consumers support a ban on factory farming, yet 99 percent of consumers buy products derived from factory farms.

“When it comes to feeling pain and fear, a pig or a cow is no different from a dog or a cat, and we’d hope an animal protection organization wouldn’t serve dead animals or their eggs or milk for lunch,” continues PETA.

Yet even though many attendees of events such as the ASPCA Luncheon identify as animal lovers, that doesn’t mean they don’t eat meat. For example, only 7 percent of attendees at a Baltimore Humane Welfare event eschewed meat for the evening (and none refused animal products entirely).

What Is Stopping Galas From Going Plant-based?

Galas are about status. Charity, more often than not, is also about status (or taxes). And meat and dairy are historically status-rich foods.

In fact, research shows that status-seeking can predict an individual’s choice to consume meat better than their health-consciousness or hunger levels. Meat is expensive, considered luxurious in many cultures, which is why it’s frequently served at celebratory meals and fancy galas. Meat is associated with masculinity, with power, with money — for any and all of these reasons it appeals to wealthy philanthropists.  In 2011, the Society of Animal Welfare Administrators’ switched back to serving animals at their animal welfare convention after criticism from donors.

Galas, luncheons and fundraising events exist, in part, to gain and maintain financial support from donors. Organizers must cater to their whims, quite literally. Proponents of serving meat at animal-welfare galas often argue that serving an entirely plant-based menu would alienate their donors or key voting members of their boards.

Many organizations can’t afford to take that risk lightly — their future may very well depend on the ongoing financial support of generous philanthropists. And most people — wealthy or not — are not vegan. Vegans make up just 3 to 5 percent of the population, depending on the study.

But there may be a larger reason for gala hosts to switch to an entirely plant-based menu — even if they aren’t a vegan organization and they don’t advocate for a plant-based diet. One non-profit insider has argued that plant-based menus would help spark meaningful conversations, be inclusive of religious dietary restrictions and offer a surprising change of pace to those bored with the charity ball circuit.

Where Do We Go From Here?

The argument over what is served at an animal organization’s gala isn’t just a matter of personal dietary choice. Switching to a plant-based diet is one of the most effective forms of individual or household action but organizations have an opportunity to make a larger collective impact with the food they purchase and serve at events.

But it doesn’t have to be an uphill battle. Research suggests organizations can change the food they serve without alienating donors — it all comes down to how they describe what’s on the menu. One study found descriptions that highlight flavor, texture and food origin attract more eaters than ‘vegetarian’ or ‘meat-free.’

A number of groups are already working with institutions to to make these changes  — Default Veg aims to make vegetable-based food the default option in cafeterias and schools. The Cool Food Pledge helps organizations estimate their food-based emissions and strategize for reduction. And Universal Meals is working to improve health outcomes by advocating for a whole-foods plant-based approach in schools and hospitals.

Serving plant-based menus can have a measurable impact: According to Greener by Default, conferences that serve plant-based foods can reduce the carbon emissions from food served by 40 percent and water use by 24 percent.” Not to mention the number of animals spared as a result of these changes.

Many groups are already making the switch, Effective Altruism, a movement that targets animal suffering amongst its issues, served an all-vegan menu at their most recent global conference. In the entertainment sector, the American Academy Awards has switched to serving a 70 percent plant-based menu, while the Met Gala offerings are now entirely vegan.

Animal Place expanded its Food For Thought campaign in 2015 to persuade animal shelters to host plant-based menus at all their events. The group has now worked with more than 500 shelters nationwide.

In the end, some attendees reported that ASPCA did take meat off the menu after receiving this coordinated criticism,  although they have yet to offer fully animal-free catering at all events. Hopefully, that’s just the beginning, and many other animal and climate groups will follow and start offering a plant-based menu.

This piece has been updated to add Animal Place to the list of groups that reached out to ASPCA, and also to correct that their work has been with 500 shelters, not 100.