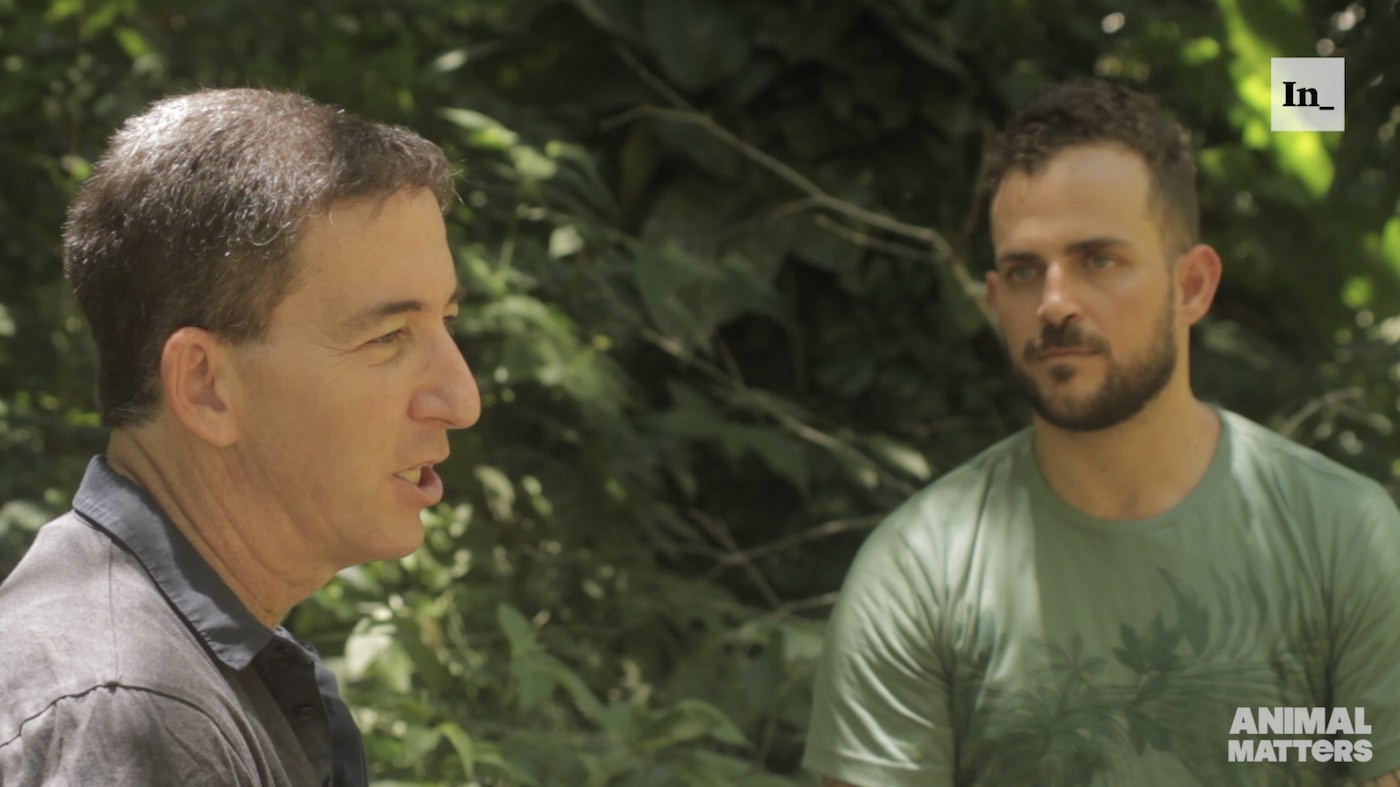 The second episode of Animal Matters discusses the animal rights movement and touches on its moral and political connections. Is defending those who are weaker a liberal instinct, or does preserving the right to freedom for all sentient beings resonate with conservative values? The answer is yes: Animal rights and the reduction of sentient suffering are ideas that align with morals and politics from both sides of the aisle. After all, animals themselves are apolitical, and so is our human love for animals.

“When I first started focusing on animal rights in my journalism some of my readers treated it as this radical leap into this whole new area unrelated to the work I had previously been doing: civil liberties, imperialism and empire, and the abuse of power and secrecy,” says Greenwald. “Eventually I was able to make the argument – not actually with much difficulty – that it’s a natural extension of all of the work that I had been doing, that all of the principles I had been working to uphold, or expose, were the same ones in this area.”

Like in war and war propaganda, the horrors are almost always hidden from the majority not actively engaged in the war. Similarly, the atrocities of factory farming are hidden from the general population. Without the obfuscation, consumers would likely be more reluctant to support factory farming, just like voters more informed about wars are less likely to support them.

Luckily, it is getting harder to turn a blind eye on animal rights, Grant Lingel thinks. “There is so much material on YouTube about what happens inside a factory farm or a CAFO (concentrated animal feeding operation).”

Regardless of political context, the animating emotion in animal rights is naturally for the animals themselves. Watch it here and subscribe to Sentient Media’s newsletter to stay in the loop about the following episodes, many of which take a closer look at the political, moral, and practical underpinnings of animal rights and the movement advancing them.