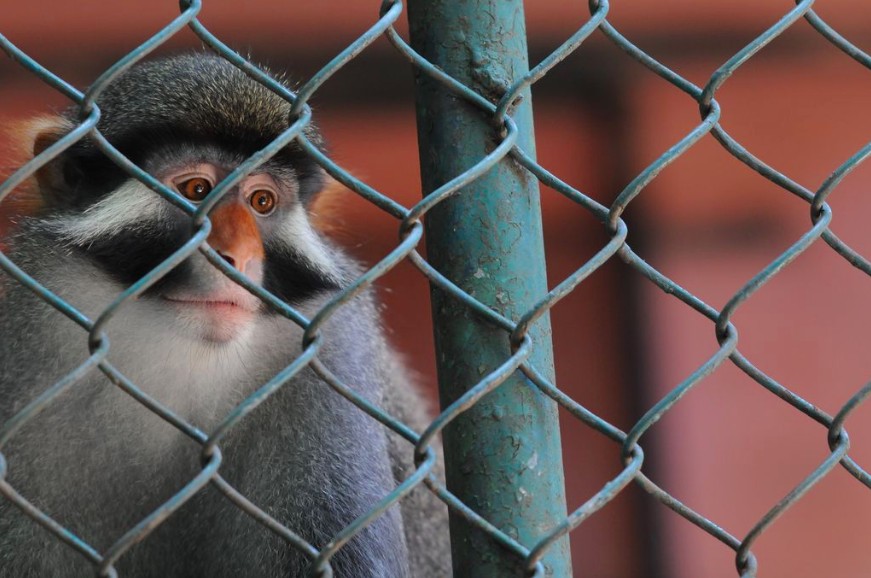 After the smuggling of guns, drugs, and people, the trafficking of wild animals and their body parts is said to be the most profitable illegal activity in the world. The scale of the problem is undeniable, yet discussions of the illegal international trade in wildlife can fuel long-established and generally hypocritical preoccupations of people in the Global North with the activities of people living in countries of the Global South. At the same time, however, advocates and activists are also examining the illegal trafficking of domesticated animals—such as puppy trafficking in Europe and the U.S.

What Is Animal Trafficking?

In her 2019 book on the topic, Ragnhild Aslaug Sollund defined the term “wildlife trafficking” as follows: “Trafficking in free-born animals involves the legal and illegal trade, smuggling, abduction, theriocide [the killing of animals] and collection of animals pertaining to (often endangered) animal species, either alive or by turning them into products.” Sollund does not like the term “wildlife,” but uses it when people take animals from their habitats, then kill, transport and trade them. Wild animals that are bred in captivity, such as animals that are kept in zoos, are also included under Sollund’s definition of wildlife trafficking.

According to Ragnhild Aslaug Sollund and Siv Rebekka Runhovde in their analysis for The British Journal of Criminology, advocating against wildlife trafficking has the potential to be seen as a practice of neo-colonialism, a form of control wielded through “economic, political, religious, ideological and cultural means” for the “exploitation rather than the development of the less-developed parts of the world.”

The perpetrators of animal trafficking cater to a distant supply chain that often ends at kitchens, tourist sites, and apothecaries. Sometimes the smuggled animals end up in people’s homes as exotic pets, like alligators, tigers, parrots, or tarantulas. There is even illegal trafficking of dogs and cats as companion animals in Europe and the U.S., as merchants arrange for the transport of babies that are too young to be traded.

People love animals and enjoy purchasing animal-derived products, but they often don’t realize the extent of the suffering inflicted on those animals, whether they are kept as pets, or killed to make consumer products. Popular illegal commodities from wildlife include elephant ivory, tiger bone, and bear bile. For the most part, advocates concerned with animal trafficking focus their efforts on protecting wild animal species from being snatched from their natural habitats and sold for entertainment, companionship, or to become products such as food, medicine, clothing, or decorations. Live wild animals are also used for scientific research.

Europe, the Middle East, China, and other countries in Southeast Asia are all major hubs and destination markets for wildlife trafficking. The United States and the United Kingdom are “among the largest ivory trading countries in the world,” wrote Deborah Cao in a 2020 article for Animal Sentience.

People may not realize that by purchasing a dog from a breeder, they may be supporting an industry that puts animals’ lives at risk. In the case of illegally trafficked designer dogs such as French bulldogs, Yorkshire terriers, and chihuahuas in the U.S., people like to get their puppies as young as 8 weeks old. Traffickers thus have an incentive to transport dogs who are too young to be separated from their parents, and also too young to be properly vaccinated. On one occasion, a pregnant dog was hidden in a carrier so that, upon arrival in the U.S., two or three additional puppies could be sold.

In the case of the import of puppies to the U.S. from international puppy mills, rabies vaccination requirements by the Centers for Disease Control and Prevention seem to have alerted officials to puppies’ conditions, rather than any requirements for protecting animals during live transport. The Animal Welfare Act in the U.S. is the law that establishes the welfare standards for the transport of certain animals. The agency tasked with enforcing those standards, the USDA, is “chronically underfunded and understaffed, making it virtually ineffective” at enforcing protections, including for wild animals in the exotic pet trade.

An international treaty called The Convention of International Trade in Endangered Species (CITES) regulates, restricts, and bans the trade of certain wildlife animals and plants, but its goal is not to stop the business of animal trafficking. CITES’ purpose is instead “to prevent trade leading to species extinction,” writes Sollund. Meanwhile, the online marketplace is an unregulated haven for illegal trade in wildlife.

The illegal wildlife trade in the U.S. alone is estimated to be worth $19 billion annually. Natural resources of somewhere between $91 and $258 billion are being stolen each year through environmental crime, according to INTERPOL and the U.N. Environment Programme. The illegal wildlife trade, which they estimate to have been worth $7 to $23 billion in 2016, is just one component of the substantial category of crimes against the environment.

The Punishment Rarely Fits the Crime

Proposed methods for ending illegal wildlife trafficking have focused mostly on law enforcement and “reducing consumer demand,” though global advocates are increasingly recognizing that these approaches are not working. As a result, the voices of Indigenous Peoples and Local Communities (IPLC) are starting to be heard in the field of wildlife protection.

Wildlife crimes can differ in terms of scale, but the “heavy-handed, militarized responses to wildlife crime” have often obscured that there are distinctions between large-scale “crimes of greed,” and subsistence “crimes of need,” according to a TRAFFIC report on a 2016 meeting of IPLC advocates. One major theme of the meeting was the need to engage ILPCs as active partners, by making nature conservation efforts rewarding and protective against illegal wildlife activities like poaching.

Why Is Animal Trafficking a Problem?

Animal trafficking is a problem because it results in the suffering of animals. There are also economic, public health, and larger environmental consequences to the illegal trade of wildlife and free-born animals in particular.

Live animals that are taken from their natural habitats can be aggressive, dangerous, or expose humans to zoonotic diseases. According to the Eurogroup for Animals, about 72 percent of emerging zoonotic diseases (diseases that nonhuman animals transmit to humans), originate in wild or free-born animals.

Taking free-born animals from their natural habitats and putting them in new settings not only endangers the health of the animals but can also create a cascade of harm for the ecosystems they are from. Also, should they enter unfamiliar ecosystems, they may disrupt those local habitats and spread diseases.

How Many Animals Are Trafficked Each Year?

It is difficult to quantify the numbers of wildlife and domesticated animals trafficked each year, in part because of the illegal nature of much of the trafficking. In a six-week study of online trade in four European countries (France, Germany, Russia, and the U.K.) in 2018, the International Fund for Animal Welfare identified nearly 12,000 specimens of endangered and threatened animal species. A similar six-week study of digital markets in the U.S. found advertisements for nearly “2,400 animals, parts, derivatives, or products of protected species.” Each year, about 20,000 elephants are killed for their ivory.

Most Trafficked Animals in the World

Why Are Pangolins the Most Trafficked Animal in the World?

Pangolins’ scales are used in traditional medicine, and their meat is a luxury food in China and Vietnam. Because the animals are “commercially extinct” in China, there is demand to have pangolins imported into the country, even though they are considered endangered species.

How to Stop Animal Trafficking

There is no magic bullet to stop animal trafficking, and it will require many different approaches, targeting specific areas of trade. Thai Van Nguyen, a Vietnamese conservationist, has a multi-pronged approach to protecting the beloved pangolins in the forests of his country, including working directly with poachers. He also lobbied the Vietnamese government to end the status of pangolins as approved traditional medicine.

If you’re looking for a companion dog or other domesticated animal, seek out a local animal shelter, and avoid buying one online or from a pet store. Adopting a pet from a local shelter is a safer route for the long-term welfare of animal companions because it’s extremely difficult to know whether the breeder you’re purchasing an animal from is truly responsible. Four Paws has publications to help you prepare for life as a caretaker of a small animal and a flow chart to examine why you want to get a pet.

To help the animals during your leisure time, reconsider visiting a wildlife attraction, especially if it allows you to take pictures with wild animals, pet a tiger cub or get a ride on an elephant, pony, camel, or donkey. Know that by paying to do so while on holiday, you may be supporting the unethical breeding of such animals. Be careful when purchasing products that might be made of endangered species, like ivory, tortoiseshell, coral, or leather.

The global demand for free-born animals and domesticated animals as pets or as products is fueling wildlife and animal trafficking, especially given the lack of protections in place for animals during transport and in many of their home countries. The costs of animal trafficking include harms done to the animals themselves, threats to human health, and loss of biodiversity in local ecosystems. Ending this trade means undoing centuries of practices with deep roots in colonialism and imperialism. Yet even as advocates are using the internet to investigate continuing markets for illegal animal products, the internet is also a source of information and sustenance for advocates working to protect against animal trafficking, whether those animals are puppies, farmed animals, or pangolins.

An End to Animal Testing Is Within Reach