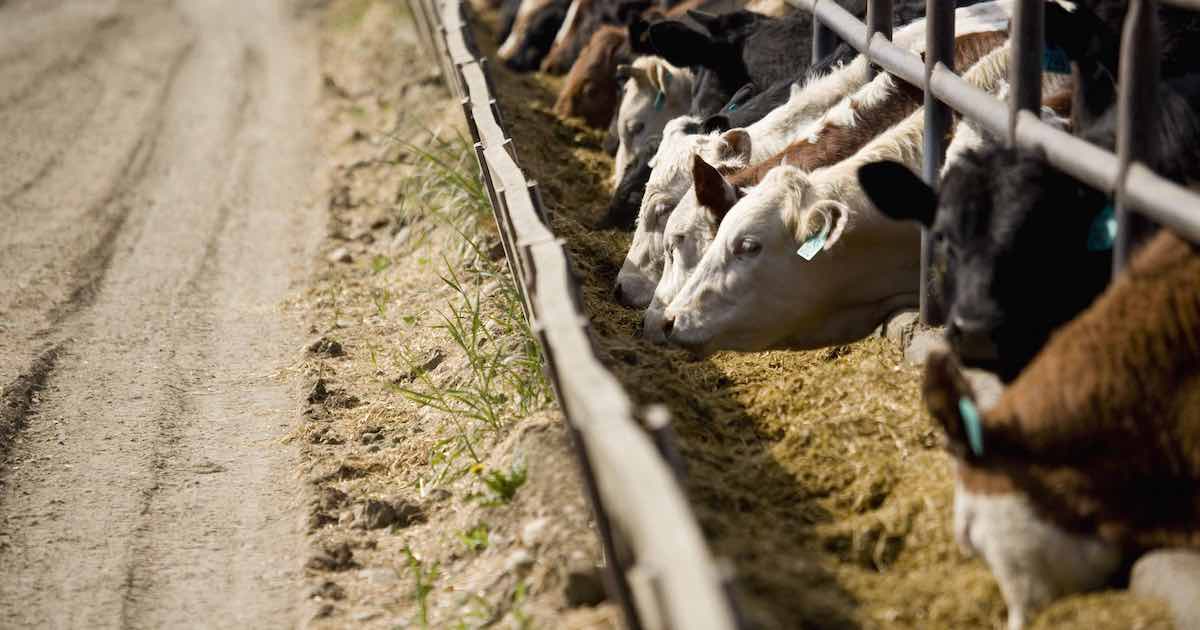 What Is a Food Web? A Simple Definition (With Examples)

Research by nonprofit Farm Forward has found antibiotic residue in samples of Animal Welfare-Certified meat products sold at Whole Foods Market under the USDA Organic certification and the Whole Foods-created Global Animal Partnership (GAP) label. In its own standards, Whole Foods states that the meat it sells contains “no antibiotics, ever.”

Another study, published last week, reveals a similar problem. Most consumers believe that organic farms do not feed their animals antibiotics. Yet, a study published April 7 in Science magazine has revealed that 26 percent of cattle raised for beef under the GAP label come from a feedlot where at least one cow has tested positive for the presence of antibiotics. At some of the feedlots studied, all of the cows that researchers sampled tested positive for antibiotics.

The study’s authors, of FoodID and George Washington University, state that the promise of farmed animals “Raised Without Antibiotics” (RWA) is one that “cannot be easily verified by consumers,” who are therefore left to rely on meat producers, third-party certifiers, government regulators and food retailers to “ensure that these claims are valid.” And while the U.S. Department of Agriculture approves labels such as RWA, the federal agency requires documentation but not empirical testing for antibiotics in order to receive approval.

Speaking with the Washington Post, a Whole Foods representative said that the company has “no reason to believe” that beef from the tested cattle ended up in its stores. GAP executive director Anne Malleau also said that because FoodID did not disclose the slaughterhouse at which its testing took place, it is hard to determine whether the problem “is truly systemic or if we have a few bad apples.”

Kevin Lo of FoodID, one of the study’s authors, feels the findings reveal a clearer picture of the livestock industry. “Our perspective is the research and the paper highlight a systemic issue—it’s not about one farmer, rancher, retailer or restaurant chain,” says Lo.

Among the drugs found in Farm Forward’s testing was monensin sodium, a growth promoter it notes is prohibited by the USDA Organic and GAP labels.

According to Farm Forward, “in an attempt to alleviate consumers’ fears,” the meat industry has “invested in a series of confusing certifications while doing little in the way of fundamental change” even at “trusted grocery stores” such as Whole Foods which has more than 500 retail stores and other locations across the U.S., Canada, and the UK.

The world is already facing a growing health risk of antibiotic resistance. A 2019 study published in The Lancet directly tied the deaths of 1.2 million people to antibiotic-resistant (AR) infections, and the Centers for Disease Control reports that 2.8 million AR infections occur in the U.S. each year. This threat is made all the more serious by the widespread use of antibiotics in farmed animal feed in an attempt to boost animal growth and prevent the spread of disease on industrial farms.

“Sophisticated testing can reveal the truth about prohibited drugs fed to animals on factory farms, but these tests cannot reveal the extent to which these animals have suffered,” said Farm Forward executive director Andrew deCoriolis. Factory farms, in which thousands of animals are confined in filthy and overcrowded sheds and provided with little to no veterinary care, create an ideal breeding ground for zoonotic diseases, which are transmissible between animals and humans.

“Whole Foods and GAP say that their products are humane and hope we’ll take their word for it; our test results should give consumers pause,” says deCoriolis.

Correction: A previous version of this article incorrectly stated that medically important drugs such as tetracycline were found in the Farm Forward study. Those drugs were found by FoodID but not Farm Forward.