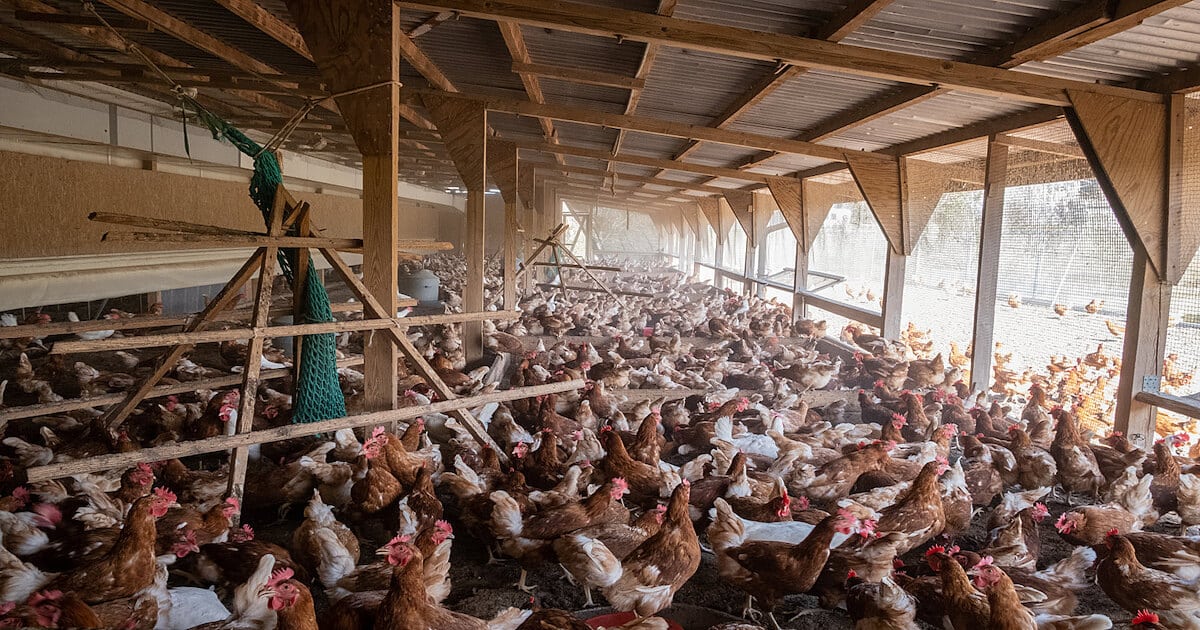 The simple question of whether eggs are good for your health isn’t so simple at all.

According to recommendations from the 2020 federal Dietary Guidelines Advisory Committee, nutrition advice should be based on “synergistic effects” of foods when eaten together to avoid targeting any single food as “good” or “bad.” Dietary recommendations should also consider cultural traditions around dietary choices, as well as ethical considerations of how food is made.

Like virtually any other food then, eggs can be part of a healthy diet. But nutrition is not the only consideration that influences what people eat. Eggs are sometimes not an option for a variety of reasons, including taste preferences, allergies and ethical considerations.

Food Allergy Research and Education report that eggs are one of the most common food allergies in infants and young children. If you are allergic to eggs, check ingredient labels carefully to avoid eating them. Accidental consumption of allergens can cause severe physical reactions in your body, including stomach aches, rashes and difficulty breathing.

Vegans also do not eat animal-based products, including eggs. Many vegans base their dietary choices not only on health but also animal welfare, biodiversity and the environment.

What Is Unhealthy About Eating Eggs?

Eggs are high in cholesterol and can be a common source of food-borne illness.

Cholesterol is a waxy substance made by your liver and used by your body “to build cells and make vitamins and other hormones,” according to the American Heart Association. In addition to the cholesterol your body makes, your body derives cholesterol from your diet, particularly foods from animals, including eggs. Eating too many foods that are high in saturated and trans fats, like burgers can cause you to have unhealthy cholesterol levels.

However, the role of dietary cholesterol in disease is subject to some debate. Eggs are very high in cholesterol in comparison to most other foods, and a recent study linked increasing consumption of dietary cholesterol with higher risk of disease. The March 2019 study published in JAMA found that eating an additional 300 mg of dietary cholesterol was associated with a 17 percent higher risk of cardiovascular disease. However, experts at Harvard’s School of Public Health noted the study’s limitations — focusing on a single dietary measure — and reiterated that many previous studies have found that eating eggs is not associated with an increased risk of cardiovascular disease.

To make matters more complicated, many studies into the health impacts of eggs are funded by the egg industry. A 2019 meta-analysis led by researchers at The Physicians’ Committee for Responsible Medicine, an organization promoting vegan and whole foods diets, found that industry-funded studies tended more often to describe observed changes to cholesterol among those eating eggs in favorable terms.

The USDA’s Dietary Guidelines Advisory Committee recommended in 2004 that people limit their egg intake. Yet in her book What To Eat, Marion Nestle documented that the dietary guidelines ultimately released in 2005 dropped the line about cholesterol in eggs and were instead almost silent on their dietary effects.

Diabetes is a condition that makes your body more vulnerable to the disease risks associated with high cholesterol. People who are managing their diabetes through diet should seek to reduce their intake of cholesterol to no more than 200 milligrams a day, according to WebMD, which is slightly more than the estimated 185 milligrams of cholesterol in a large egg. Eating seven or more eggs a week might increase the risk of heart disease in people with diabetes, according to some research. At least one study has linked the practice of eating one or more eggs per day to an increased risk for diabetes.

Some studies have linked eating eggs with an increased cancer risk, but more research is needed. For example, one study found healthy men that ate at least 2.5 eggs per week had an increased risk of developing prostate cancer. Other studies showed high egg intake — more than five per week — were associated with higher rates of breast and ovarian cancer. The American Institute for Cancer Research promotes a plant-based diet to “reduce the risk of cancer and improve overall health.”

Each year, about 1.35 million people get infected with Salmonella bacteria, according to the CDC, making 26,500 people sick enough to go to the hospital for treatment. Common symptoms include diarrhea, fever and stomach cramps. Salmonella bacteria can cause infections in urine, blood, bones, joints, spinal fluid and the brain. The symptoms develop from six hours to six days after eating tainted food. Most infections are caused by eating food contaminated with the bacteria, found frequently in chickens and their eggs.

As discussed in Nestle’s What To Eat, a decades-long effort to mitigate Salmonella spread in eggs in the U.S. led to federal requirements in 2005 to label eggs with a “keep refrigerated” label, among other responsibilities, like washing eggs. The label instructs consumers to “cook eggs until yolks are firm, and cook foods containing eggs thoroughly.” Egg producers were also required to take other precautions on the farm to prevent transmission of the bacteria.

“From 1976 to 1996, the number of cases of human illness caused by toxic Salmonella increased sixfold, and more than 75 percent were linked to foods containing raw or undercooked eggs,” Nestle writes. Before the 1970s, the kind of Salmonella bacteria that causes these infections was only found in rodents like rats.

Chickens and their eggs are major sources of Salmonella bacteria. Testing for Salmonella in industrial chicken and egg-laying facilities is challenging and costly, according to University of Wisconsin-Madison researcher Steven C. Ricke.

Conditions in these factory farm facilities — packing massive numbers of chickens into tight quarters and pooling eggs from many farms together to distribute them commercially — contributes to disease spread during outbreaks. Cage-free facilities that are still densely packed are also vulnerable to disease spread. And even healthy- and clean-looking backyard chickens and ducks can carry Salmonella and spread the bacteria wherever they roam.

Are Hard-Boiled Eggs Good for You?

Hard-boiled eggs, as long as they are thoroughly cooked until the yolk is firm, are as good for you as eggs prepared in other ways.

Are Raw Eggs Good for You?

If you’re located in a patch of space-time continuum that predates the 1970s, it might be safe to eat raw eggs. But generally, eating raw eggs or eggs where the yolk is still runny can make you sick. U.S. government-backed recommendations for eating eggs are to choose pasteurized eggs if you’re making meals with “raw or lightly-cooked eggs such as hollandaise sauce, Caesar salad dressing, and tiramisu.”

Is It Healthy To Eat Eggs Every Day?

Science continues to evolve on the impact of eating eggs on one’s health. It is best to limit the intake of eggs to just a few per week if you’re concerned about preventing heart disease, writes Julie Corliss at the Harvard Heart Letter. However, if you are considering the animal’s experience when choosing what to eat, consider that industrial egg-laying operations that use battery cages force hens into a space no bigger than the size of a piece of printer paper.

Vegans balance concern about the health effects of eating eggs with minimizing the harm done to chickens and ending the wider impacts of industrial animal agriculture on society and the environment. As a result, vegans eliminate eggs from their diets in favor of egg substitutes.

If you’re moved to help improve the lives of chickens, check out Sentient Media’s Take Action resource guide, which features a section on farmed animal advocacy.