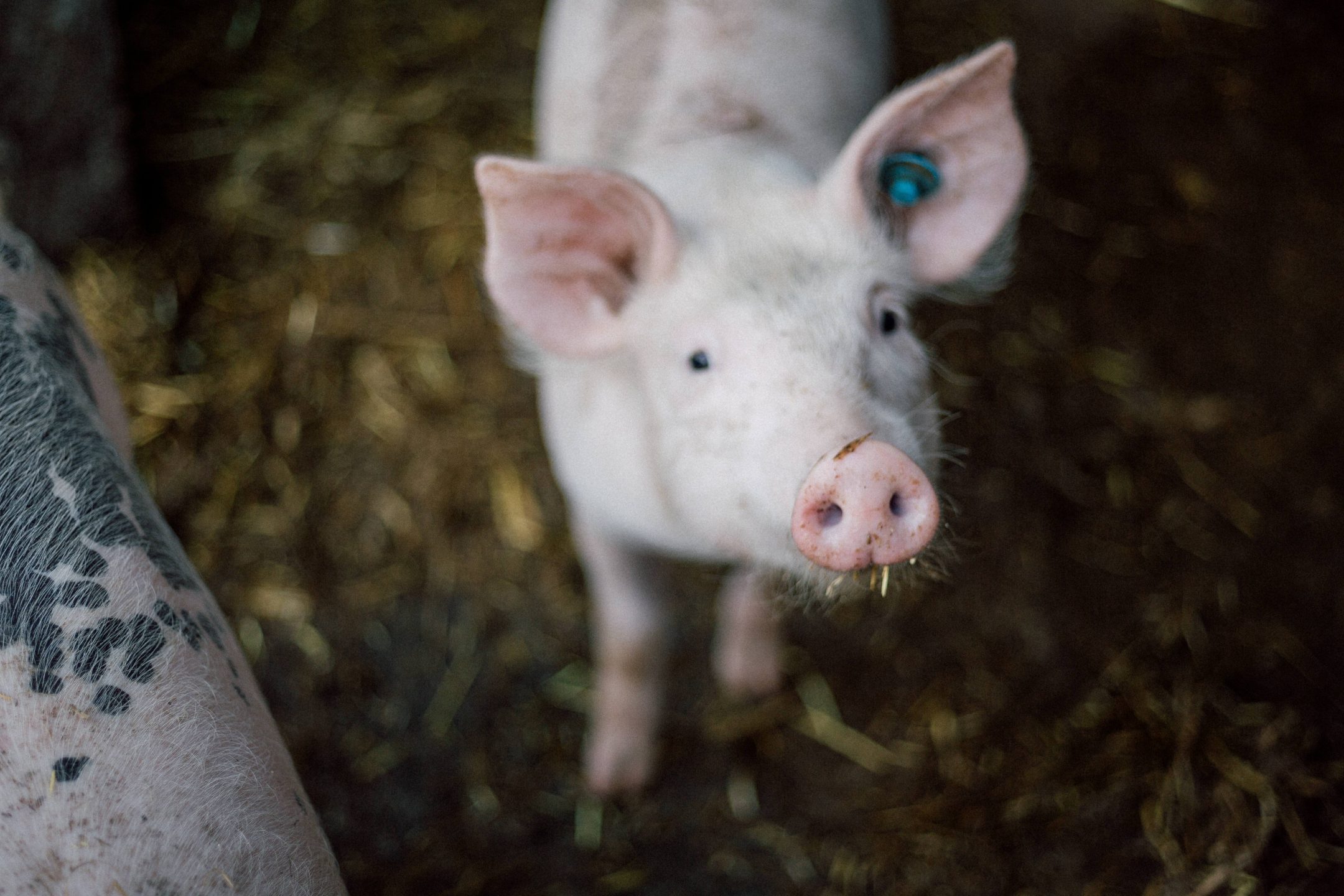 The split came down to 61% for Prop 12 and 39% against. In a state with more registered voters than the population of 46 states, such a convincing win should feel even better for animal advocates around the world. Support poured out on Twitter—in the form of every single animal emoji ever—as animal lovers showed their support. The farm animal movement has not-so-quietly crept onto its biggest stage yet, and all signs point to the horizon. There’s much more to come from Prop 12 and its implications for farm animals across the country.

And if you’ve been following our election coverage, you’ll be happy to hear that Florida voted to end greyhound racing. That’s two big wins for animals in one night. We can’t contain our excitement! Get the scoop on what’s next for advocates, farmers, and the farm animal movement that just brought an end to some of the cruelest forms of animal confinement on the planet.

Animal advocates, many celebrities among them, supported Prop 12, even informally campaigned on the issue at red carpet events leading up to the election. They represent a handful of the more than 4 million Californians that voted yes on Prop 12.

To be frank, it’s unlikely that every voter made their decision to vote yes on Prop 12 based off of information from mainstream media sources. What’s way more likely, and way more exciting, is that Californians care about animals deeply. Their collective action, which includes all the incredible work put in by animal advocates, made this happen. In passing Prop 12, we’ve proven that compassion can turn the tide on animal suffering.

“I am so so happy to see that the majority of Californians supports this bill, this legislation that is going to make a massive difference for farm animals,” John Oberg, Director of New Media at the Humane League, said on Twitter. “It’s going to end some of the cruelest confinement and make a huge difference.”

This is the strongest animal protection legislation in the WORLD, ending confinement for millions of farm animals. 🙌

THANK YOU to everyone who made this #YesOn12 victory a reality. You are all HEROES #ForTheAnimals! 🧡 pic.twitter.com/wRgedeSK3k

When will we see Prop 12 in action?

Farmers have some remodeling to do and a deadline to meet. Prop 12 ensures that all its changes will happen by 2022. That’s no small task. Pork and veal farmers need to build wider stalls for their animals. Chicken houses need to be much much bigger.

The nonpartisan Legislative Analyst’s office warns Prop 12 could cost the state $10 million in its enforcement. But isn’t that the point? Higher animal welfare standards should come at a cost for the very sake that we are farming animals for the sole purpose of human dinner plates. Animals aren’t “giving up” their lives to become food. Humans are taking their lives from them, and some farmers are already embracing that simple fact.

“The point for me is to raise animals in a way that they were intended to live,” Debe Boies, who raises cage-free chickens, ducks, turkeys, and pigs on a farm near Pescadero, CA, told NPR. “And to basically give them the best life possible.”

Slowly, attitudes towards farm animals are changing. Here’s how Prop 12 will play out in California.

Tinkering with stalls and barns and cages will cost farmers—and consumers—while they work to meet these new cage-free industry standards. So yes, in the short term, many animal products will likely be more expensive in California. The price of eggs will probably go up (but if you think that’s deterring any of us from standing up for animals, you’re missing the point). The price of eggs should be even higher because they require the cruel confinement of animals. All that suffering should come at a cost to the consumer and then come to an end. Prop 12 is a big step towards the end of animal suffering.

How goes California, so goes the nation

California businesses are prohibited from selling any food products that come from animals not raised in compliance with Prop 12, even if they come from out of state. As Prop 12 rolls out, business for suppliers that hold their animals in extreme confinement will suffer.

Most factory farmers probably never thought they’d be lobbying their state governments for higher animal welfare standards. But as we’ve seen time and again from the industry leaders, everything comes with a price. To do business in California, the nation’s biggest economy by state, farmers have to get on board the animal welfare train. Higher animal welfare standards in California will inevitably attract new farmers and cause others to leave the state. Time will tell how much the rest of the nation’s factory farmers need California’s business.

Prop 12 is the strongest show of force from the farm animal movement yet, not because it has a price tag attached to it, but because it ensures a better life for millions of animals. Want to do business in California? Treat your animals better, for goodness sake.

“The passage of Proposition 12 is ground-breaking for the welfare of animals and has raised the bar at an important time in our consideration of what farm to table means in this country,” Sara Amundson, president of the Humane Society Legislative Fund, told Feedstuffs. “Californians have resoundingly voted to acknowledge that further expanding the humane treatment of animals matters in our society and we applaud them.”

For advocates, it’s time to double down on animal protection. California voters just gave the farm animal movement all the right signals. Millions of people showed up on election day and voted like millions of animals’ lives depended on it. Another good sign: Ten years ago when California passed Prop 2, what’s now considered an early version of Prop 12, other states, namely Massachusetts, followed suit almost immediately.