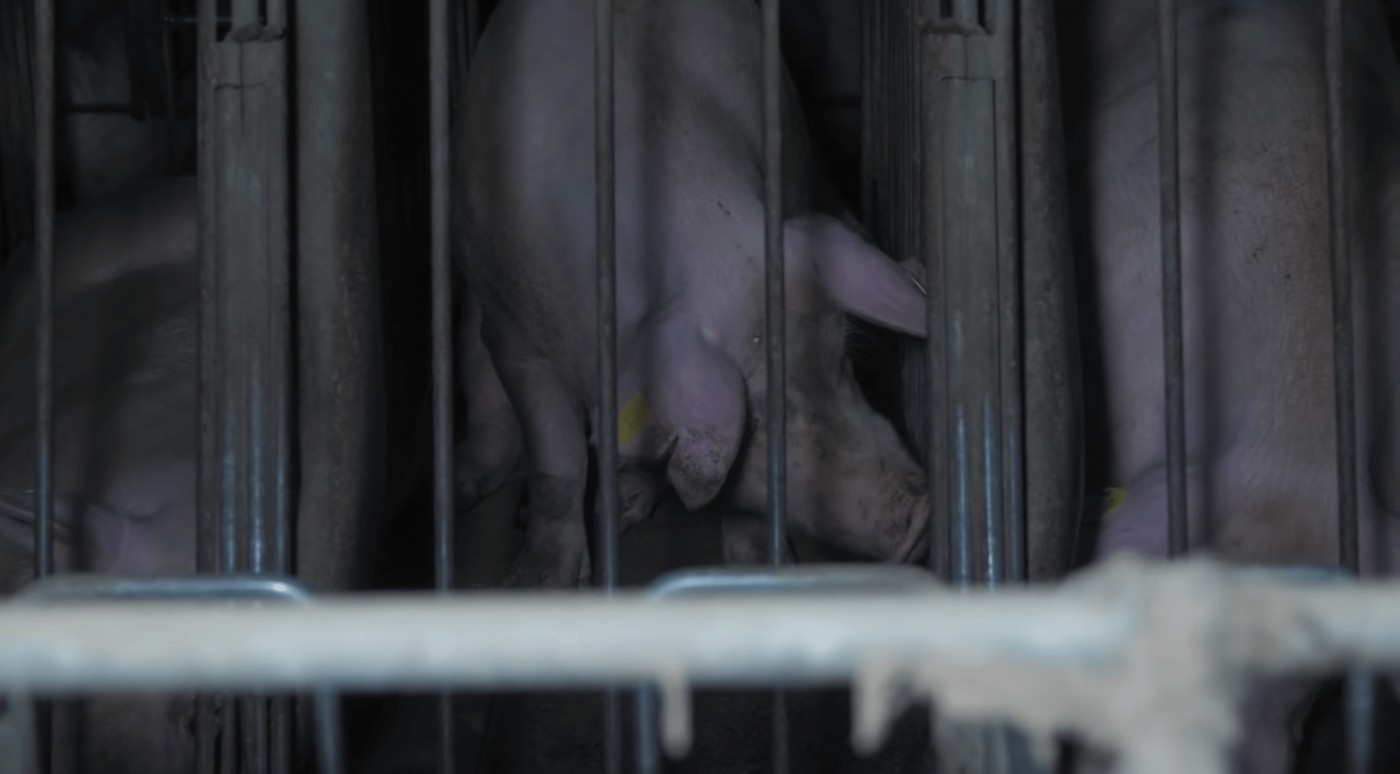 More than 1,000 mother pigs were found suffering miserable lives in crates at one of British Columbia’s largest pig farms. PETA’s investigation spurred direct action by hundreds of activists over the weekend.

The footage shows mother pigs and piglets kept in tiny crates where they are unable to move or to care for each other properly. In some cases, piglets may die right in front of their mother’s face, without the mother being able to do anything for her young. The surviving piglets would live among their dead and dying siblings. Injuries such as hernia, lacerations, and growths go untreated and continue to exacerbate the suffering of these animals. Some cannot walk on the slatted floors, unnatural for any animal to live on, and die slowly where they collapse. Dead pigs were found rotting in their pens.

At 6 a.m. on Sunday, April 28, a group of 65 animal activists attempted to enter Excelsior Hog Farm, aiming to expose the horrible reality of what is happening to the victims of the meat industry and to challenge the current mindset of consumers within our society, who these shocking acts of cruelty are constantly hidden from.

According to Meat the Victims, the organization behind Sunday’s direct action, “The needless violence inflicted upon these animals needs to stop. This facility is not unique in their horrendous treatment of animals. This is a standard representation of factory farming here in Canada. This action is not about this one facility, or a call for better animal welfare standards, but rather a call to end the inherently violent animal agriculture industry entirely. Our message is simple; ‘animals are here with us, not for us.’”

The public has a right to know. Read the full report.