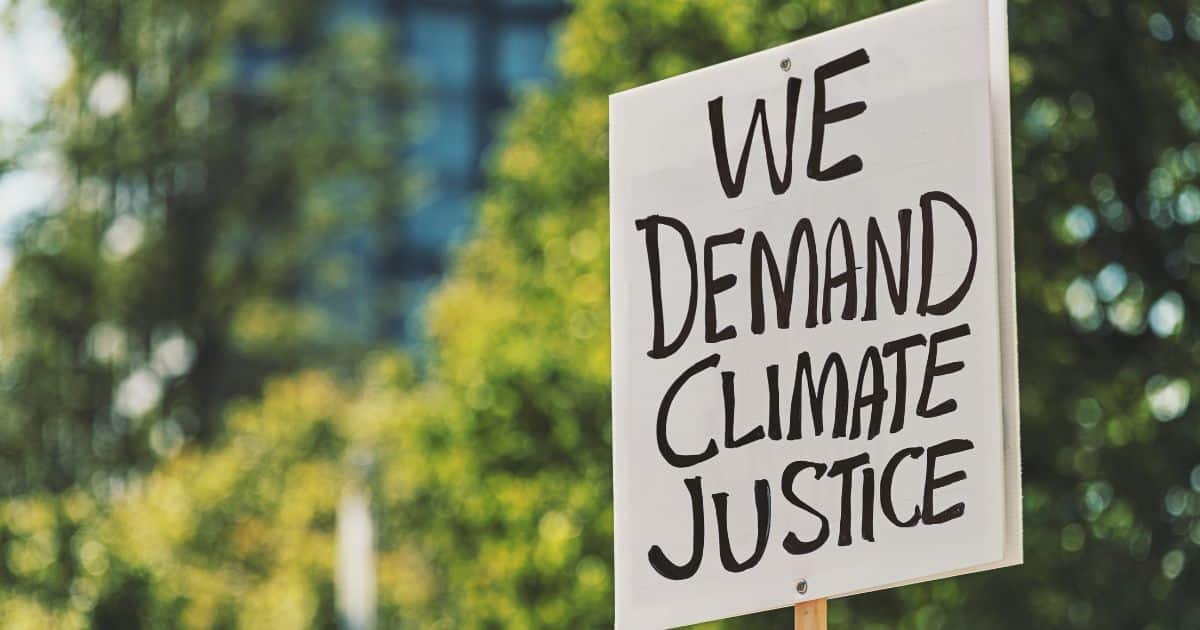 It’s easy to feel discouraged by the climate crisis. Severe droughts and flooding are constantly on the news, yet global emissions continue to rise. So you might wonder if there’s anything you can do to help. The answer is yes. While it’s true climate action requires significant commitments from both world governments and global corporations, every bit of action helps. And research shows that yes, even individuals can make a difference. Here are the most effective solutions backed by climate research.

1) Think About Your Travel

The transportation industry is one of the world’s most prominent contributors to climate change, accounting for roughly one-fifth of all human-caused carbon dioxide emissions. Transportation is more reliant on fossil fuels than any other industry, making it one of the most challenging sectors to decarbonize. Without significant investment in new technologies and electricity-powered transport, the sector will remain the largest contributor to energy sector emissions in 2070, as reported in Our World in Data. In order to significantly reduce the transportation industry’s impact on climate change, governments can invest in and subsidize lower-carbon alternatives. Collectively, individual or household actions can help make a difference — carpooling, electric vehicles and telecommuting are all tools that can help decarbonize the sector.

Emissions associated with residential and commercial buildings — heating and electricity use — account for 17.5 percent of all-sector emissions. The most effective ways to decarbonize energy use include shifting to renewable energy, using existing nuclear energy sources and shifting from coal to gas as an interim step, reports Our World in Data.

Animal agriculture is a significant contributor to the current climate crisis, responsible for around 16.5 percent of the world’s human-caused greenhouse gas emissions. This means that a widespread shift toward plant-based and plant-rich diets can be one of our most effective tools in mitigating climate change.

A large-scale shift to a vegan diet would reduce food-sector emissions by as much as 70 percent. Another way to put this: an individual’s diet can contribute 2.5 times less carbon dioxide if their diet is based on plants as opposed to meat and dairy. However, shifting to a plant-rich diet by reducing meat consumption is also highly effective, and recommended by the FAO and multiple leading climate research organizations.

Around two-thirds of global greenhouse gas emissions are caused by burning fossil fuels, which makes this source the most significant source of global warming. The most dangerous fossil fuel is coal, releasing vast quantities of carbon dioxide as well as sulfur dioxide and nitrogen oxide. When fossil fuels like coal and oil are burned to release energy, greenhouse gases accumulate in the atmosphere. These gases trap heat from the sun, leading to the rise in global temperatures that we’re currently seeing, and damaging extreme weather events like flooding and soaring temperatures.

In order to meet current climate mitigation targets, the IPCC warns that emissions from fossil fuels will need to be halved within the next 11 years. To reach this goal we need to significantly reduce energy usage and transition to renewables.

The legacy of climate pollution is overwhelmingly one of harm and suffering experienced disproportionately by poor communities, Black and Indigenous communities and communities of color. In order to decarbonize and reduce emissions in a way that doesn’t add to that historical damage but instead aims to repair the harms of the past, governments and corporations should invest in transition programs that are rooted in justice, including training programs for coal workers, pollution clean-up efforts and healthcare funds for urban neighborhoods with a history of toxic pollution.

Instead of relying on fossil fuels for energy, we urgently need to make the switch to more environmentally friendly methods, particularly in the global north, which bears the largest responsibility for global warming. In order to decarbonize, governments should invest and prioritize shifts to alternative and less damaging electricity sources including solar energy, wave and wind power and nuclear energy.

Although making the switch to these cleaner energy sources requires dedication and investment from world leaders, research suggests it would be possible for global energy production to be based on sustainable and renewable energy sources by 2050.

Wild landscapes and forests are one of our most effective natural defenses against the accumulation of greenhouse gases. Deforestation is thought to be responsible for around 11 percent of global warming today, and as much as 30 percent of historical emissions from 1850 through the industrial period.

Most of today’s deforestation is caused by animal agriculture — both cattle farming and feed for livestock — as well as logging, mining and urban development. Animal farming is driving 90 percent of global deforestation.

By actively working to restore the natural environment we can reverse some of the damage done by practices such as deforestation. If forests were allowed to regrow, they would have the potential to absorb large amounts of the greenhouse gases currently in the atmosphere. One study suggests that up to 30 percent of global carbon emissions could potentially be absorbed if current deforestation trends were to be reversed.

Every year, one third of all food produced goes to waste, which contributes to 6 percent of global climate emissions and costs $940 billion in losses each year.

In the global south, the most effective food waste solutions are to reduce on-farm losses. In much of the global north, food waste largely takes place at the consumer level, and can be reduced by ignoring meaningless sell-by dates on food packaging, ordering small portions at restaurants, planning meals more carefully and leaning on frozen fruits and vegetables that are similar in nutrition and last longer.

As environmental disasters such as droughts, floods, heatwaves and wildfires become more likely and more extreme, climate scientists are recommending that climate action shift to include not just mitigation but adaptation, which NASA defines as reducing risk and impacts from the effects of climate change that we are already experiencing.

Reaching global climate targets requires significant investment. The cost of climate change adaptation in developing countries could cost between $280 and $500 billion annually by 2050, according to a UN report from 2016, despite the fact that most of the pollution has come from the global north. At the COP27 climate change conference, leaders from countries suffering the most from climate change disasters were able to broker an agreement for a “loss and damage” fund.

Climate change is far from a short-term issue and strategies to limit it will only work if they outlast those in power today. To ensure that future world leaders don’t take backward steps in climate policy, changes made today need to be guaranteed for the longer term. Significant climate change is only going to be prevented if effective mitigation strategies are not only put in place but are also continued and maintained.

Reversing the environmental damage caused by climate change requires significant and urgent action from both individuals and governments. According to Project Drawdown, some of the most high-impact forms of individual or household action are switching to a plant-rich diet, reducing food waste and shifting to solar energy. Collective action includes combining your political power with other climate advocates and voting for politicians and policymakers who are working to reduce the effects of climate change. For more resources, check out our Take Action guide.