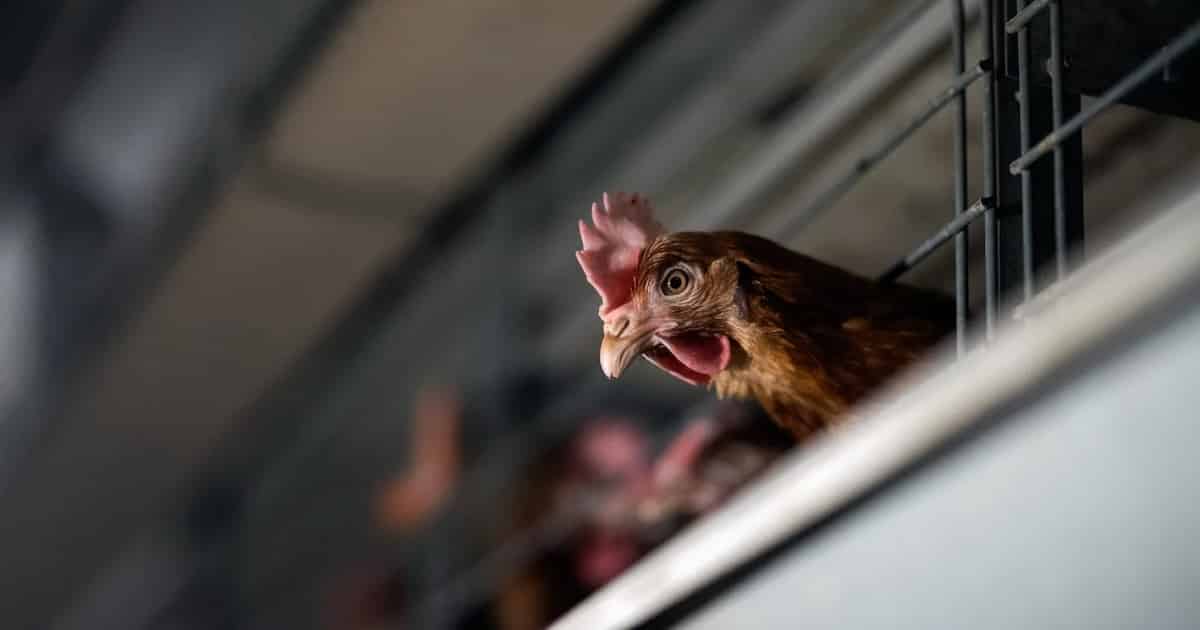 When we pass the eggs at the grocery store they feature images of happy, plump birds with shiny feathers, and phrases like “cage-free” and “free-range” are scrawled in an attractive font across rolling green fields. Unfortunately, this advertising doesn’t represent the reality of an average chicken’s life in the egg industry. Instead, the industry is composed largely of massive sheds with birds often plucked bare due to crowding and bullying. This is the sad reality that the industry doesn’t want consumers to think about because these images of suffering make people buy less. These companies’ profits depend on distracting shoppers from the truth about birds’ lives.

Is the Egg Industry Growing?

Egg farming means raising animals that lay eggs for the purpose of selling those eggs. While the eggs could be intended for hatching young birds to be raised as pets, or for other purposes, they are overwhelmingly produced for human consumption. The number of eggs produced for this purpose is astonishing. The global chicken egg market alone is expected to reach 138 million tonnes by 2030. This is a sharp increase from the 116 million tonnes produced in 2020. Increasing demand due to growing populations and incomes is driving greater production. Egg consumption varies a lot between countries, with the average person in Japan or Mexico eating almost three times as many eggs as the average South African, while by far the largest market for eggs is in China.

How Much Is the Egg Industry Worth?

According to the U.N. Food and Agriculture Organization, in 2019 total production value of in-shell hen eggs around the world was worth over $103 billion globally while the value of in-shell eggs from all other birds totaled over $17 billion. In Africa, hen egg production was valued at just over $4.3 billion and all other egg production at $23.3 million. The Americas produced in-shell chicken eggs worth $21.5 billion and other in-shell eggs worth $557 million.

Who Is the World’s Biggest Egg Producer?

China, the United States, and India are the three largest egg producers in the world. China produces 37 percent of eggs globally, followed by the U.S. (7 percent) and India (6 percent). As a region, Asia, which is responsible for 64 percent of global production, churns out the largest proportion of the world’s eggs.

Is the Egg Industry Cruel?

Consumers need to understand that the standard practices of the egg industry are extremely cruel. They include clipping the beaks of chicks without any pain medication despite the sensitivity of the area and disposing of chickens once they no longer produce enough eggs to be profitable. Hens usually begin laying after four to five months and are killed after two to three years of laying, despite a natural lifespan for a chicken being eight to ten years.

What Is Wrong With the Egg Industry?

The Slaughter of Millions of Chicks

Male chicks are useless to the egg industry because they are unable to lay eggs and are a different breed from chickens raised for meat. Because of this, when male chicks are born within the industry they are typically slaughtered the same day. This leads to billions of birds around the world being slaughtered the day that they’re born. In the U.S. alone, 300 million male chicks are killed every year. The techniques used to kill these birds are exceedingly cruel and include gassing, electrocution, and suffocation. Perhaps one of the most abhorrent is the practice of shredding chicks in which the babies are placed into a grinder. These methods of slaughter are performed while the birds are fully awake and with no pain management.

Forced molting is the practice of withholding food from laying hens in order to induce molting. Molting occurs naturally in birds and is linked to the changing seasons. It involves feeding less, loss and regrowth of plumage, and a pause in egg production. When birds resume normal feed consumption and leave the molting phase, their egg production is typically higher and better quality than prior to molting. Induced molting is performed by the industry to increase the output and quality of laying in birds that are losing productivity. Induced molting constitutes the removal of food, water, or both, and manipulation of the lighting in the birds’ enclosures to last less than a typical day. This induced molting causes stress and discomfort to the hens and can harm the skeletal system. Induced molting also leads to increased aggression toward other hens, leading to more injuries.

The Myth of “Mother Hens”

The maternal relationship between a mother hen and her chicks is crucial for the normal and healthy development of the babies. The relationship between the two typically starts before the chick has even hatched. The day before breaking through the shell the chick will start vocalizing from within their egg, with increasing frequency the closer they get to hatching. Despite the strength of this bond, on commercial egg farms, fertilized eggs are removed from the mother hens and placed in large incubators to be reared by computers instead of their mothers. Chicks that are raised in an incubator instead of by a mother hen tend to be more fearful and are more likely to develop behavioral problems such as feather plucking.

Before intensive selective breeding and environmental manipulation to increase productivity became the norm in egg farming, hens produced around 20 eggs a year. Hens in commercial facilities now produce over 300. Between the stress of the overwhelming number of eggs being demanded from their bodies and the size of the eggs being produced, hens often suffer from broken keel bones. A keel bone is an extension of the sternum of the bird that extends below the chest. A study of Danish hens found that roughly 85 percent suffered from a fractured keel bone. The injuries are likely due to the internal pressure created by so many large eggs. These injuries were indiscriminate, occurring whether the birds were free-range, organic, housed in cages, or barn-kept.

Housing, a lack of maternal bonding and stress can all cause feather pecking, plucking, and even cannibalism in laying hens. To prevent this from happening, farmers will perform beak trimming on chicks. This procedure removes between one-third and one-half of the beak, typically using heat or a heated blade. A bird’s beak is a very sensitive organ that they depend upon heavily for natural behaviors. Beak trimming often results in acute or chronic pain for the birds.

Eggs can contain the bacteria Salmonella, which is a common cause of food poisoning. Even eggs with clean, intact shells are capable of housing the bacteria. The symptoms of food poisoning caused by Salmonella include diarrhea, vomiting, and cramps. Some patients need to be hospitalized due to severe diarrhea. These especially severe patients run the risk of having the infection spread to their bloodstream and then around the body, which can result in death unless they are promptly treated.

As consumers, we deserve to know the truth about how our food is produced. Instead, producers seek to mislead us through humane washing. They use images of happy birds with shiny feathers and room to roam to convince us that their product is ethical while the reality is the complete opposite.

Thankfully, there are a number of delicious egg substitutes that can be used to create our favorite dishes without demanding the suffering of millions of chickens. Many of these, such as apple sauce and bananas, are already common in kitchens everywhere. Other substitutes, such as JustEgg, can be bought and scrambled just like a chicken egg. Choosing alternatives sends the message to the egg industry that we don’t support their treatment of chickens and that we expect and demand that they do better by the birds.