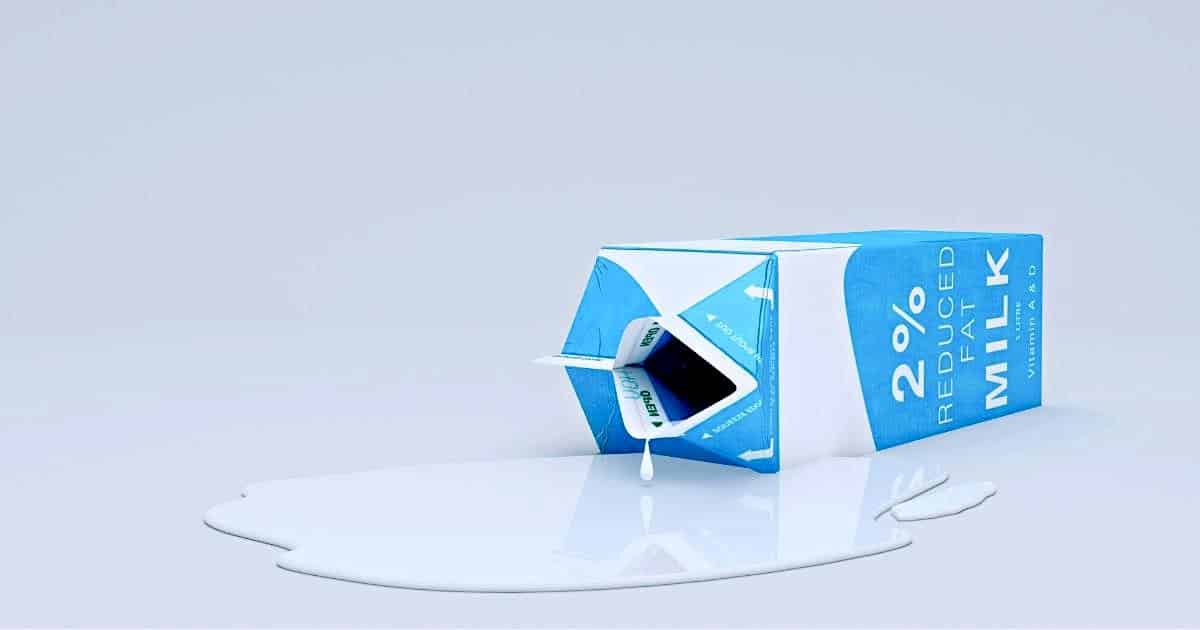 Why Do Japan and Norway Still Hunt Whales?

There’s nothing more iconic on school lunch trays than the carton of cow’s milk. That’s because for decades, milk has been a required item on school menus.

Here’s the problem: Milk isn’t only one of the most common food allergies in children under 16, one in three children also can’t digest the lactose in milk, says Dotsie Bausch, Olympic medalist and executive director of Switch4Good. Not to mention that milk is wasted by the millions of gallons every year in U.S. schools.

It would make sense then that a plant milk like soy, for instance, which the USDA has acknowledged is nutritionally equivalent to cow’s milk, would be added to the menu, readily available to all children. They could then choose whether they want dairy or plant milk.

If only. Turns out, the problem stems from a law established by Congress, and it’s further exacerbated by the government’s ties with the dairy industry. But hope is on the horizon.

How did dairy milk get on school menus?

Other programs like the School Breakfast Program and Afterschool Meals were spun off from the NSLP, all of which the USDA oversees. (Another program called the Special Milk Program provides milk to schools that don’t participate in other federal child nutrition meal service programs or schools in the NSLP or School Breakfast Program that want to provide milk to kindergartners who don’t have access to school meal programs.) Depending on their household income, students in a school that participates in this program can receive a nutritionally balanced, free, or low-cost lunch, which is reimbursable by the USDA. In 2019, 29.6 million children received these free or low-cost meals every day in U.S. schools. Because of COVID, that number dropped to 22.6 million in 2020.

This is where it gets interesting, though. The NSLP requires that school lunches consist of five components: Vegetables, fruits, high protein foods (including meat and meat alternates like beans, tofu or veggie burgers), grains, and milk from a cow. While some of the components have changed throughout the years, milk hasn’t. “Milk has always been statutory, meaning that Congress says that no matter what the USDA wants to do, dairy milk will always be one of the components,” says Mark Kennedy, vice president of legal affairs for the Physicians Committee for Responsible Medicine (PCRM).

You can question why the government might do something like this, but the answer seems obvious. “It wasn’t created because the government was concerned about helping school children but rather because the bottom was about to drop out of the dairy industry,” says Milton Mills, M.D., critical care physician in Washington, D.C., and medical director for Switch4Good.

The irony, of course, is that every five years, experts create new Dietary Guidelines for Americans (DGA), which influence the NSLP. Yet because the statute is in place, cow’s milk has to remain on the menu, regardless of the science.

To be fair, though, there is one fact about the NSLP that might surprise you. “Kids aren’t required to take the milk,” says Amie Hamlin, executive director of the Coalition for Healthy School Food, which laid the groundwork for Vegan Fridays in New York City public schools. That’s because the NSLP includes a provision called Offer Versus Serve (OVS), which is largely misunderstood.

Although optional for elementary and middle schools, OVS is required for high schools, and it stipulates that children have to take only three of those five meal components. Although one of the three foods must be a vegetable or fruit, milk doesn’t have to be one of them.

Even with OVS, though, milk will probably still end up on kids’ trays. Although OVS saves schools money and cuts food waste, a small number of schools don’t participate, which means they must give kids all five components. There’s also widespread confusion about OVS. “Most people mistakenly think kids have to take the milk, and they’re usually the ones showing kids through the lunch lines, not the ones who work in the food service department and know the rules,” Hamlin says.

Emerging science suggests that mammalian milk is filled with messenger RNA fragments from their mother, which researchers believe are designed to help program the infant’s immune system and jumpstart its physiology. The catch? It’s species-specific. “You can’t program a human to become a cow,” Mills says, comparing it to putting gas into a diesel car. “When you put the wrong fuel in a car, it screws up the mechanics and the car doesn’t operate properly.”

Plus, drinking milk from any mammal as an adolescent or adult simply goes against nature. “Milk is utilized by mammalian species as a growth media for young infants, not as performance fuel for adolescents or adults,” Mills says. “To see humans attempting to utilize this fluid from another animal in a way nature never intended is bizarre and perverse and it doesn’t surprise me that it causes physiological catastrophe.”

“These children are being forced to take something that the government knows is going to make them sick—and for no demonstrable health benefit,” Mills says. Dairy, by the way, also drives prostate cancer, especially among African American men, and puts African-American women, who are genetically protected against developing osteoporosis, at higher risk for osteoporosis, given that studies like the Nurses’ Health Study found that women consuming the most dairy had the highest risk for hip fractures and osteoporosis.

Mills, in fact, recalls participating in the NSLP when he was a kid, noting that he and his friends always threw the milk away because they knew it would make them sick. (Note that a World Wildlife Fund study from 2019 found that among 46 schools, the average milk wasted among each of them was 28.7 cartons per student per year and that total milk waste from schools might amount to as much as 45 million gallons per year.) “If dairy milk is the only source of calcium and other nutrients kids are being provided and they don’t consume it because it will make them sick, they’re being deprived of important nutrients,” he says.

Isn’t that dietary racism? Without a doubt. “When a white majority makes decisions that will negatively impact minorities, it’s not just ignorance but a form of dietary racism,” Bausch says.

How parents can request plant milk for their child

The USDA does recognize one plant milk as being nutritionally equivalent to cow’s milk, and that’s soy. But don’t expect to see it in lunch lines anytime soon. “Nutritional equivalency and cafeteria availability are not the same thing, and public schools don’t have soy milk available to those who need it most,” Bausch says.

There are two ways, however, parents can request that their child receive a nondairy milk substitute that meets the USDA’s nutrition standards for fluid milk substitutes like soy, but neither is easy. With the first option, they can have a health professional who’s capable of writing prescriptions send a note saying that their child has a disability and must consume another beverage to meet their nutritional needs.

Although schools can’t ignore this request because of the Americans with Disabilities Act, parents of these kids may not have the time or resources to obtain this note, Kennedy says. Not to mention that most doctors aren’t schooled in nutrition, and then there’s the disability label. “Why label the inability to digest milk a disability when it’s something unique to people of Northern European descent?” he adds. Switch4Good notes that only two percent of Northern Europeans are lactose intolerant.

Parents can also write a note saying they don’t want their child drinking dairy milk and request an alternative, but schools can—and will—ignore this. Chalk it up to costs. “A serving of non-dairy milk costs the school almost as much as the entire school food budget for the lunch meal,” says Hamlin who was recently told that one eight-ounce carton of plant milk costs schools anywhere from $.75 to $1.25 versus $.25 per eight-ounce carton of cow’s milk. Now imagine the cost to schools if all children in the NSLP wanted plant milk, and you can understand why schools aren’t rushing to do it.

Will plant milk ever be on school menus?

Fortunately, numerous organizations are working toward the day when kids can take plant milk from a lunch line without having to ask for it.

For the past two decades, for instance, PCRM has filed lawsuits, met with USDA personnel to examine ways around the statute, and worked with food service directors in school systems around the country. And now that Switch4Good has gotten soy milk into the DGA, it’s getting more vocal. “We’re fighting for soy milk to be included as an option for children in public schools, fully reimbursable to the schools and added to the milk note,” Bausch says.

In theory, it seems like a simple switch. “All it would require is a rule change by caring bureaucrats who are more concerned about the health of minority school children than they are about lining industry pockets,” Mills says.

Of course, when the government’s involved, it’s always complicated, but if the public’s rising interest in plant milks is any indication, that lunch tray will someday look a lot healthier.