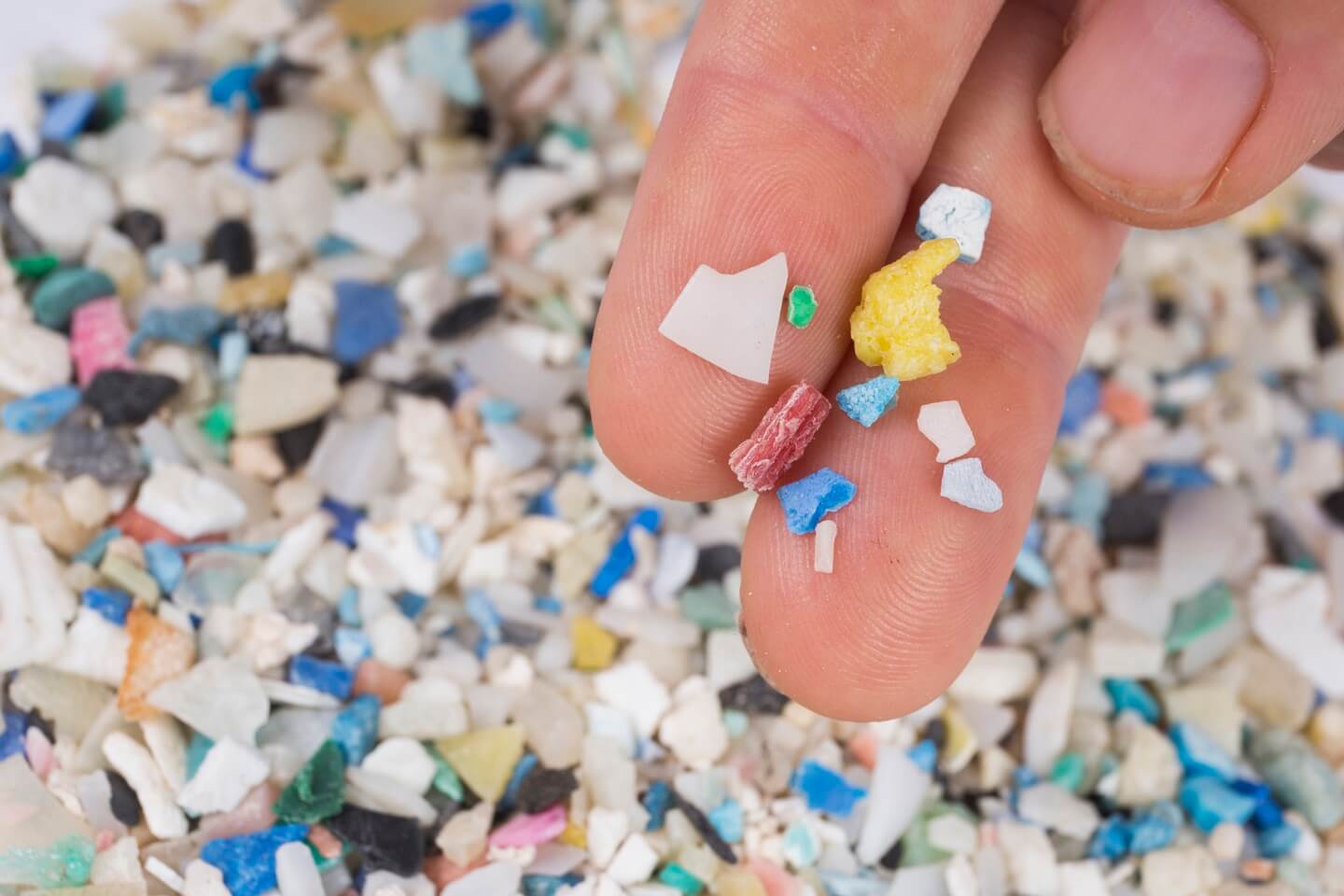 Imagine a sea turtle agonizing in pain as a straw is pulled from its nostrils, a dolphin struggling in a fishing net, a perplexed bird wrapped in a plastic bag; these images and videos have existed for decades. Millions of people have seen them; seen the plastic bags, water bottles, straws, and more, affecting sea life. But what about all the plastic we can’t see?

Once plastic is created, it never goes away. Let that sink in. On its journey through waterways and into oceans, plastic begins to degrade into much smaller pieces; these pieces are microplastics, and they will exist forever. Microplastics are defined as small pieces of plastic less than five millimeters long, according to the National Oceanic and Atmospheric Administration.

Microbeads, a type of microplastics, are designed by manufacturers to be small. As a result, they easily seep through filtration systems, ending up in oceans. Microbeads were banned from the U.S. in 2015, but for decades prior they were commonly found in health and beauty products such as toothpastes and body scrubs, and still remain in our oceans.

According to Conservation International, humans are dumping about 17.6 billion pounds of plastic into the oceans each year, contributing to five garbage patches around the world, and furthering the spread of dead zones in our oceans. Forgotten by many by way of the “out of sight, out of mind” mentality, a large majority of plastic pollution sinks to the bottom of oceans, and may never be retrieved.

The sheer amount of plastics in the world’s oceans aside, the chemicals that plastics are made up of – such as BPA (bisphenol A) and the like – are also cause for concern for the animals who ingest them. As plastics in the ocean break down, the release of toxic chemicals further pollute our oceans and the animal species within them.

There has been recent media coverage pertaining to the effect of microplastics on human health. Scientists have stated that the amount of microplastics in our food and drinking water is negligible, and therefore not a cause for concern; however, it is a challenge to determine how microplastics directly affect human health. This is due to the fact that there are no human test subjects eating plastic in a lab for scientific observation. Over many years, plastics will break down further from microplastics into nanoplastics, which are virtually invisible and pose new challenges and risks for all human and non-human animals alike.

Nonetheless, it is easy to hear that you, a human, will be okay despite the presence of plastic on your plate; however, there is another side to this problem: the animals.

In a recent study from the U.K., 50 stranded animals were examined and found to have plastic waste inside their bodies. An average of 5.5 particles were found in the gut of each animal, with more total particles found in the stomachs than the intestines of each creature. This suggests that the stomach may offer a potential site for temporary retention. Plastic waste that does remain in the animals’ stomachs versus passing through may lead the animal to falsely feeling full. Not only does this alter the feeding behavior of that animal, but it can also lead to starvation.

“It’s shocking – but not surprising – that every animal had ingested microplastics,” Sarah Nelms, lead author of the study, told The Guardian.

Once plastic enters the oceans, it inevitably contaminates the food chain. Beginning with consumption by the smallest of zooplankton and working its way up the chain into the stomachs of the largest of marine mammals. Naturally, this makes animals at the top of the food chain the most susceptible to ingesting plastic at some point in their lives.

“We know that there are effects from plastics on animals at nearly all levels of biological organization,” Chelsea Rochman, a professor of ecology at the University of Toronto, told National Geographic.

A University of Plymouth study, named as the most comprehensive impact study in over a decade, estimates that some 700 species of marine animals have been affected by man-made pollutants like plastic and glass. Plastic pollutants were found to account for 92 percent of encounters between debris and individual creatures, and at least 10 percent of the species who came into contact with debris ingested microplastics.

The effects of microplastics on marine animals are still largely unknown, but clearly a major, and growing, threat as the world becomes increasingly more industrialized and accustomed to the use of plastic.

No federal laws have been enacted, but cities and states are pushing single-use plastic bans in numerous states, including California and New York. Additionally, ocean and coastline clean-up efforts are mobilizing millions of volunteers, and people are becoming more aware of the plastic crisis that our industrial economy has created.

Organizations like 4ocean are leading the way by organizing multi-pronged clean-up efforts for the world’s oceans. Through paid captains and clean-up crews on the water every day of the week, leading beach clean-ups, installing river barricades, and engineering new ocean-cleaning technologies, the organization has pulled 6,341,883 pounds of trash from the oceans since 2017. In addition, 4ocean sells bracelets that contribute to its efforts, one pound of trash at a time.

A multiyear effort by National Geographic, known as Planet or Plastic?, is raising awareness about the global crisis of plastic trash. Readers can take the pledge to choose the planet, read stories related to different aspects of the crisis, learn about the work being done in an attempt to solve the problem, and find out how to reduce their single-use plastic consumption.

The oceans, the animals within, the air above, and people worldwide, need a solution, and they needed it yesterday. Plastics have inundated our lives, threatening marine ecosystems as we know them. How will you act to protect and save these precious life forms?