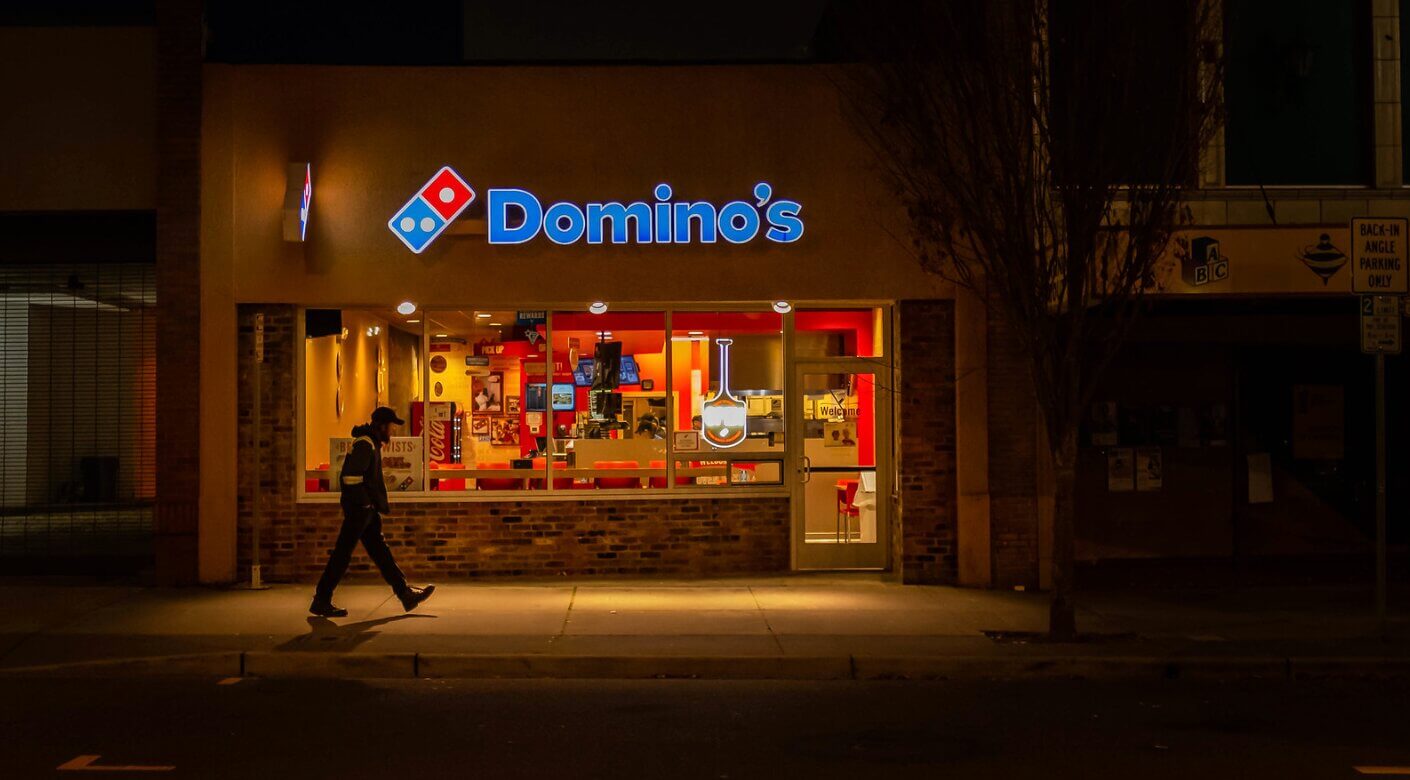 While eating a pizza with plant-based cheese and what he believed was plant-based ham from an Australia-based Domino’s location, Patrick Hukins had a funny feeling in his stomach.

He went back inside to ask the workers about the ham and they repeatedly assured him the pizza was completely plant-based. When he became ill shortly after consuming the pizza, Hukins, who has followed a plant-based lifestyle for four years, knew that what the employees reassured him of was not the truth.

“I had a sinking feeling in my gut, and felt pain and guilt, that I had unknowingly played into the cruelty against animals for which I am so fervently against,” said Hukins after unknowingly eating the non-vegan ham.

Hukins reached out to Domino’s on Facebook shortly after the initial incident. And despite having provided pictures that proved the ham on his pizza was from the flesh of a pig, Hukins was informed that the company would stand with its employees who assured him it was not real ham.

A public apology by a spokesman for Domino’s Australia informed the public that the company was deeply regretful of the error. He also stated that the “inadvertent mistake” would be used as a learning opportunity moving forward. Hukins was thankful for the apology, and thinks what chains like Domino’s are doing is great in terms of providing plant-based alternatives for customers. He feels that with better preventative management of issues like this, a more positive consumer experience will follow.

After Hukins’ unpleasant experience at Domino’s, Daily Mail Australia wrote up a story poking fun at Hukins by calling him an “angry vegan.” The title of this piece alone acts as a reminder to the vegan community that while veganism is becoming more mainstream, we have a long way to go: “Angry vegan claims Domino’s gave him plant-based pizza with real HAM.”

Hukins felt that the title of the Daily Mail Australia article was what you could expect of typical sensationalist media tactics, baiting readers with a headline meant to gain clicks, not to tell the whole story. “I think they portrayed me as the typical vegan stereotype: emotionally unstable and easily angered, which certainly isn’t the case,” Hukins said.

The whole experience left Hukins wishing the Dominos’ employees would have acted differently when he went back to the store asking for verification. He would have liked to see the employees apologize and admit to their mistake, while also respecting his values to a higher degree, neither of which happened.

Domino’s offered him a free voucher that would cover the cost of a traditional pizza, not the full cost of a plant-based pizza which comes with an upcharge.

“I think there really needs to be a re-evaluation in how large-chain food companies deal with the issue of dietary needs and values,” said Hukins. If companies hold the values of its customers to a higher level, customers will be able to trust in what they are eating and in turn trust in the company.

Large corporations such as Domino’s, Burger King, Subway, and so many others, are adding vegan options to menus around the world. Not only do these options provide plant-based eaters with variety in their meals when out, they give those who do not follow a plant-based lifestyle the opportunity to try vegan food in a convenient manner.

The transition to a plant-based food system is imperfect. Yes, Burger King carries an Impossible Whopper that is cooked on the same surface as its regular Whopper. Yes, the majority of restaurants that serve vegan alternatives still include cheese or dairy products. Yes, unfortunately, mistakes like this happen sometimes.

Imperfect as it may be, real change is happening on a global scale. Entire countries are adopting initiatives like Meatless Monday, universities and schools are offering plant-based options in their cafeterias, and animals’ lives are being spared every single day as new vegans emerge. All of which are made possible by the fact that plant-based eating is gaining more traction.

The plant-based food industry has taken off over the last decade and made it possible for consumers to practice conscious and cruelty-free eating at a large scale. Going out to eat and having options that extend beyond just a salad is remarkable when considering how relatively new the concept of plant-based eating still is.

Every plant-based option sitting on the menu of a non-vegan food establishment is a major victory, a victory that reflects the work of all of the activists who fought to make change happen, a victory that shows non-vegans a glimpse at what it would be like to follow a plant-based lifestyle.

There is not, and never will be, a perfect vegan world, but making veganism more accessible to all is a good start.