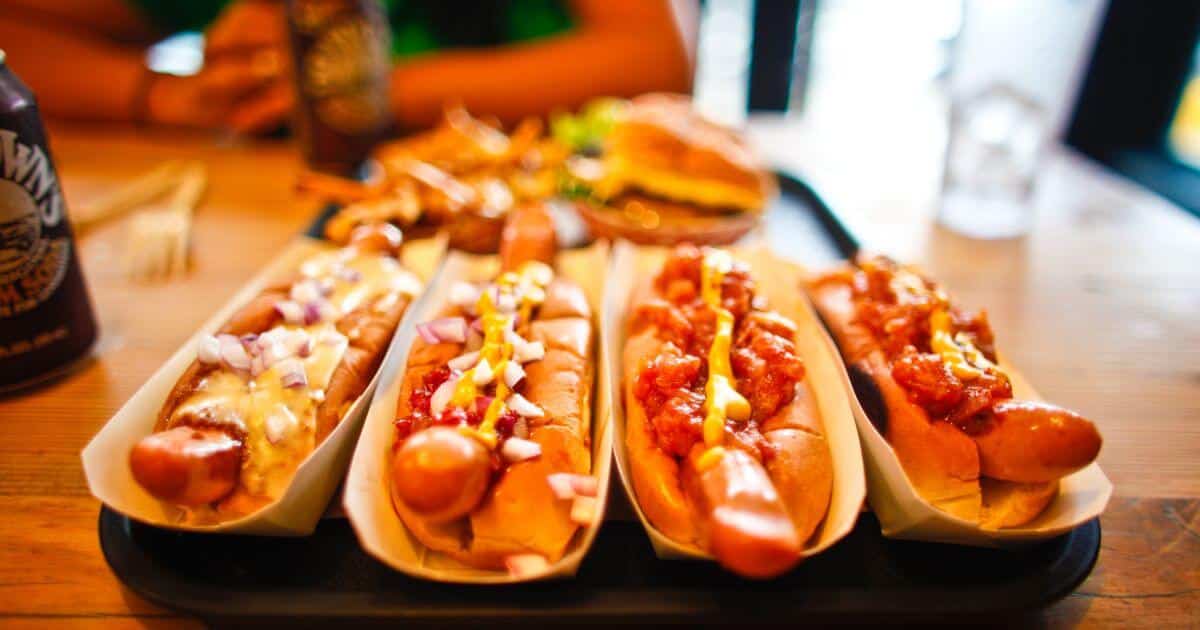 Processed meats are a regular part of the average American diet. Whether in sandwiches, on pizzas, in salads or even added to vegetable sides, processed meat consumption has remained steady over the past 18 years, according to a 2019 study. Meanwhile, unprocessed beef consumption has declined. But eating processed meats can come with a side of negative health consequences — evidence links regular and high levels of consumption with increased disease risk.

What Is Processed Meat?

Processed meats include bologna, hot dogs, deli meats, sausage and ham. Foods in this category have undergone curing, fermenting, smoking or salting, or contain chemical additives to enhance shelf life and flavor. Heavy consumption of these products has been linked to a number of health issues including Type 2 diabetes, cardiovascular disease and some types of cancer. In 2015, the World Health Organization’s cancer research agency (IARC) declared that processed meats can cause cancer in humans, citing sufficient evidence of the link between processed meats and colorectal cancer. This finding tells you the strength of the research but not how risky or not these foods are, as explained by science writer Ed Yong in The Atlantic.

What Are Four Examples of Processed Meat?

Processed meats can be found almost everywhere food is served or sold. Restaurants use them in their dishes and grocery stores stock their freezer and refrigerator aisles full of sliced deli meats and frozen chicken tenders. Food stalls at sports events and stadiums feature processed meats like burgers and hot dogs.

Bacon shot to popularity after many years of being a simple breakfast side dish and the “B” on a “BLT.” Some refer to the processed meat’s upward trajectory as “bacon mania.” As recently as the early 1990s, low-fat frenzied consumers avoided eating bacon due to the meat’s high fat content. But today, images of the fatty processed pork can be found adorning t-shirts and mugs, shaped into pillows and on all other manner of trinkets. This processed meat features heavily on the menus of restaurants at every price point and is considered a staple in many households.

A cherished favorite of many sports fans, hot dogs are practically synonymous with games and other live competitions. Cities and countries around the world have come up with creative preparations and toppings to make the dish uniquely their own. Still, 30 percent of the average hot dog is fat, with water accounting for another 20 percent of the link. The meat that does go into hot dogs is what is left over once an animal carcass has been butchered. Producers will use the less desirable parts of the animal and grind them down into a batter to be formed into hot dogs, oftentimes including bits of the animal’s bones.

Chicken nuggets are favored as a convenient and easy option that can be heated up quickly in a microwave or grabbed from a drive-thru window. But most chicken nuggets contain very little actual chicken meat and are instead made up primarily of fat, nerves, bone, skin and connective tissue. As is the case with all processed meats, chicken nuggets also contain a wide array of additives to enhance the flavor, texture and shelf life of the breaded bites. Common additives include emulsifiers and thickening agents, cornstarch, dextrose, whey and propylene glycol.

Cold cut sandwiches consisting of ham or turkey between two slices of white bread, slathered with mayonnaise and a halfhearted leaf of lettuce, have long been a centerpiece of childhood lunchboxes. Yet deli meats are not as straightforward as they seem. Many offerings contain binders, byproducts or extenders, which could include pig snouts and livers, beef blood and gelatin.

What Is in Processed Meat?

The National Institute of Health defines heterocyclic amines as chemicals that form when you cook meat at high temperatures, in particular from heating the amino acids, creatine or creatinine, and sugars. HCAs are only found in meats that have been heated to temperatures above 300 degrees, as is the case with processed meats. Evidence suggests that HCAs are “mutagenic,” which means they are capable of causing changes to DNA that may result in an increased risk of cancer.

Polycyclic aromatic hydrocarbons also form when meat is heated. Unlike HCAs, the temperature at which the meat is prepared is less indicative of whether PAHs will form than the preparation method itself. PAHs are more likely to form when meat is being cooked directly over a hot surface that allows for fluids from the cooking meat to drip into the heat creating smoke. The resulting smoke contains PAHs that adhere to the surface of the meat. PAHs can also be found on meats that have been prepared using smokers. Like HCAs, PAHs are mutagenic, causing changes to DNA, and have also been found to cause cancer in animals.

Sodium chloride, otherwise known as salt, is viewed as an essential additive for meat processing, as it lengthens shelf life by helping to preserve the meat and creates a more enjoyable flavor. The amount of salt added to a processed meat varies based on the product, but some salamis have been recorded as having 4.6 grams of salt added for every 100 grams of salami. Though salt in moderation plays an important role in managing blood pressure in the body, overconsumption can lead to hypertension, strokes and cardiovascular disease.

Is Processed Meat Bad for You?

There is a wealth of evidence linking processed meats with the development of chronic diseases such as Type 2 diabetes and cardiovascular disease. In fact, eating more unprocessed plant-based foods instead of processed meats is linked with lower total and LDL cholesterol levels.

Are Some Processed Meats Worse for You Than Others?

Determining whether there are some processed meats that are worse than others is a difficult question, as most research in this area lumps all processed meats together and does not differentiate between hot dogs and chicken nuggets, for example. Though you might think that eating processed chicken and fish products would be better for you than eating processed red meats, this is not necessarily the case. Many of the downsides of consuming processed meats are derived from the processing itself and the addition of preservatives and other substances, rather than the original animal product and its nutritional qualities.

How Much Processed Meat Is Safe To Eat?

Health researchers recommend you minimize one’s consumption of processed meats as much as possible, as the health impacts of just a small amount in one’s regular diet can be massive. For example, consuming just 50 grams (or about one-tenth of a pound) a day increases the risk of developing colorectal cancer by 18 percent.

Have You Been Eating Processed Meat Without Realizing It?

Processed meats can be difficult to avoid. Bacon bits on top of a cobb salad or in a side of collard greens, deli meats on a sub sandwich and pepperoni on pizza are all examples of processed meats that many of us wouldn’t think twice about consuming. Though these foods may seem innocuous enough, the meats they contain are processed.

How Can You Avoid Processed Meat?

The best way to avoid consuming processed meats is to shift our diets away from eating meat altogether and choose more plant-based options instead, especially unprocessed whole foods. Choosing such foods instead of processed meats can help bring about better health outcomes such as lower cholesterol.

Choosing to eat more plant-based whole foods may seem daunting, but the switch can be an easy one. Chickpeas can be used to make a chik’n salad instead of canned, smoked or otherwise processed chicken meat. Simply blend the chickpeas and then use them the exact same way to make sandwiches or top a bed of your favorite greens. Another easy swap is to reach for tempeh instead of bacon. Like bacon, tempeh can be sliced and fried into a delicious breakfast side item.

There are steps you can take to reduce your consumption of processed meats. Start by swapping in plant-based options for processed meats in at least one or two meals a week, and then gradually increase the amount of plant-based foods until eventually processed meats no longer feature on your plates. There are also plenty of resources to help get you started with eating a healthier, more plant-based diet, such as the Physicians Committee for Responsible Medicine 21-Day Kickstart.