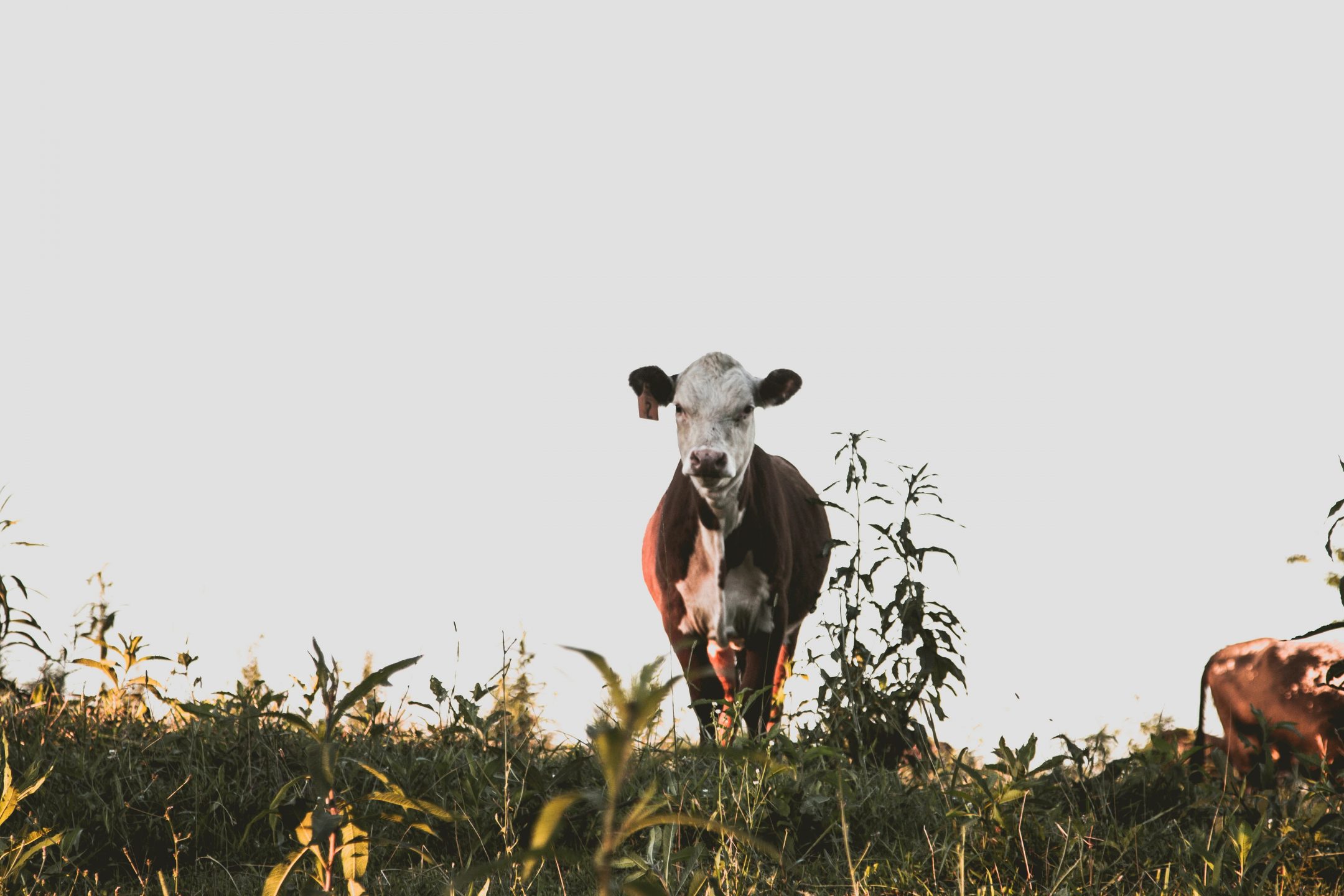 Billions, yes, billions of animal are farmed for food every year. Chickens live their entire lives without fresh air. Cows are forcibly impregnated, and humans profit. This cruel, industrial food system that produces so much animal suffering needs to end. We chatted with Jacy Reese about his new book, The End of Animal Farming: How Scientists, Entrepreneurs, and Activists Are Building an Animal-Free Food System (Beacon 2018). Here’s what he had to say about redrawing the lines between humans, animals, and food in everyday culture.

Sentient Media: How do most people view animals?

Jacy Reese: There’s a gaping contradiction in the modern human-animal relationship. Sometimes we can bridge this gap with examples and moral arguments, such as showing someone how dairy cows will bellow for days when their children are taken away. But often the moral understanding comes only after behavior change.

When people are eating and using fewer animals in their own consumption, it becomes much easier to see that cows and chickens have intrinsic moral worth.

SM: How can we understand animals outside the food chain?

JR: That they matter for their own sake, not just as dairy and egg machines for human benefit. Shifting to animal-free food removes the cognitive dissonance between our values and our behavior.

In my research, I find that humans consistently underestimate the mental capacities of nonhuman animals. People are constantly seeing new studies on animals and saying, “Wow! I had no idea they could do that!” But if we’re constantly surprised like that, then we need a more fundamental change in our beliefs. Our default view on animals should be that they have complex, rich mental lives. If humanity tests for a new capacity in animals like tool use or grief, the odds are that they have it, so we should only be surprised if they don’t.

Once humanity fully understands animal sentience, it becomes clear that animal farming is a moral atrocity comparable to the slavery and genocide of humans.

SM: What will it take for humanity to change its relationship with food that comes from an animal?

JR: When we combine the moral progress we’ve seen in the 20th and 21st centuries with new food technologies like clean meat, which is real meat made from animal cells instead of animal slaughter, it becomes clear that we can and will end animal farming.

There’s simply no need for us to be producing food in such an inefficient and unethical way. I think by 2100, our descendants will look back on animal agriculture as one of the worst crimes in history.

First, we have to end the abuses we inflict on animals and bring them closer to us like the dogs and cats we invite into our homes. When we see animals as companions, which is happening more and more with backyard chickens, we start to appreciate their complexities and individual personalities.

SM: What will some of our challenges to ending animal farming be?

JR: Humans love stories. We want to explain the world in black-and-white terms like a “good guy” facing off against the “evil villain.” This desire for simplicity leads us to think of animals as physical embodiments of abstract ideas like the intelligent owl, the friendly dog, and the monstrous shark. This is especially harmful to animals when the abstraction is negative, such as with sharks and “dirty rats.”

This doesn’t mean we need to view all animals positively. Just like humans, animals are often violent and dispassionate towards each other. But when we see them as sentient individuals, we understand that they have intrinsic moral worth and they deserve our protection, regardless of whether they are predator or prey.

Animals are already beginning to benefit from humanity’s expanding moral circle. As we start to consider the interests of all human beings, regardless of race, class, or nationality, we strengthen our moral capacities. We flex our moral muscles. Moral progress sparks moral progress, and we see that speciesism is the same kind of moral error as sexism and tribalism.