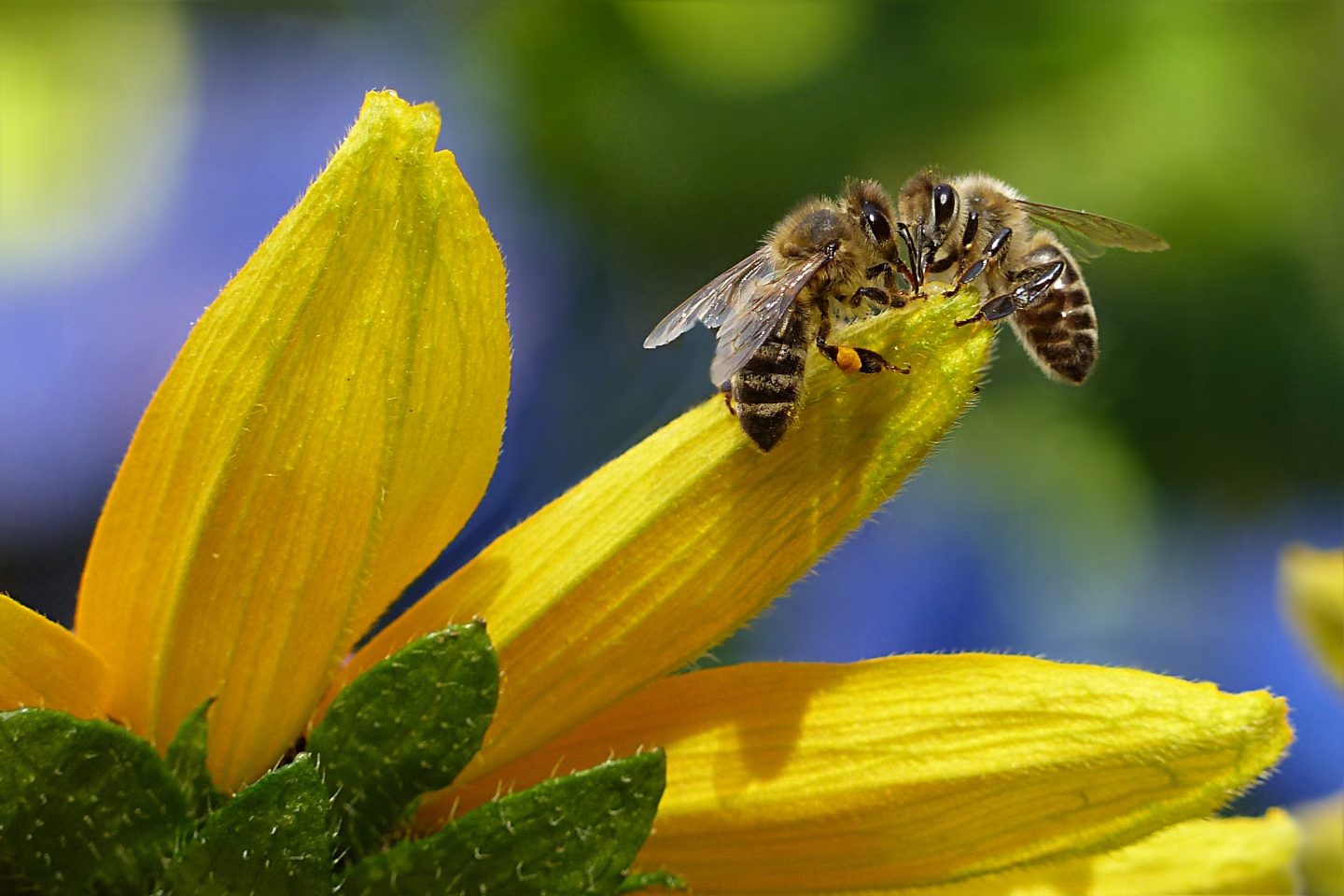 In 2006, millions of honeybee hives suddenly disappeared. Later referred to as Colony Collapse Disorder, researchers still can’t put a finger on one, concrete cause for the die-off. That’s where Buzz: The Nature and Necessity of Bees (Basic 2018) by Thor Hanson comes in.

Most of us can’t help it: A fear of bees is wired into our brains. People find their exoskeletons creepy, and our bodies react with disgust. But along with this evolutionary dissonance comes absolute fascination. The Koran, the Bible, Celtic legends, and Coptic codices all described paradise flowing with rivers of honey. The ancient Syriacs even included 300 prescriptions for bee products in the Book of Medicines. Bees became signs of mystical wisdom, good fortune, and marvel without a whisper of biology.

Then after centuries of bee-priestesses and their wide-eyed observers, a German botanist described what was then referred to as “plant sex.” Now we call it pollination. Bees helped shape our natural world by moving tiny pollen particles around. Today, we’re shaping theirs.

Bottom line: From ugly arthropods to world builders, Buzz reminds us that there is more to talk about than pesticides and population loss. We need bees—in swarms.