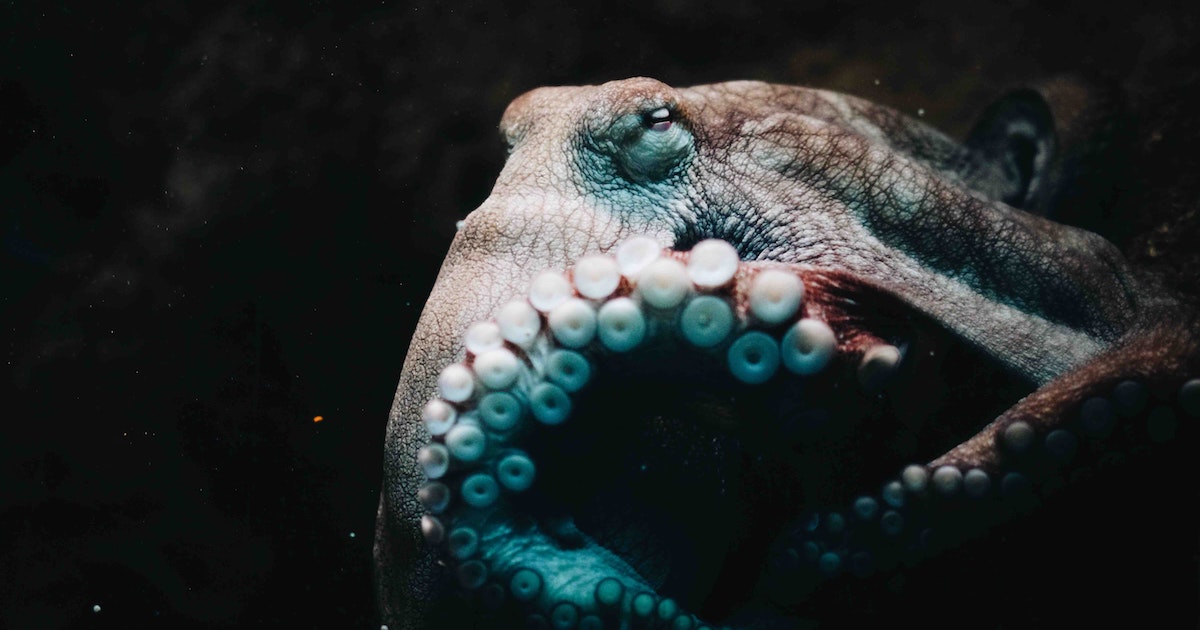 The use of cephalopods, particularly octopuses, in laboratory research is on the rise, with several labs in the U.S. raising octopuses for their own use and as a supply for researchers around the world. Many of these octopuses are subjected to experiments related to gene-editing which researchers claim can benefit humans. But others are unconvinced that such research is useful.

Earlier this year, a group of academics and animal advocacy organizations submitted a petition calling for America’s National Institutes of Health (NIH) to extend animal welfare protections to octopus, squid, and cuttlefish used in laboratory research.

The petition, submitted to NIH and the U.S. Department of Health and Human Services in June, is signed by groups such as the New England Anti-Vivisection Society and the Humane Society of the United States, along with experts on octopus and other cephalopods, including neuroscientist Lori Marino, environmental scientist Jennifer Jacquet, and philosopher Peter Godfrey-Smith. It urges NIH to take immediate action to amend its Policy on Humane Care and Use of Laboratory Animals to include cephalopods within the definition of “animal” to ensure a minimum level of protection for their handling and care in laboratories.

The signatories argue that NIH ought to update its standards of care for laboratory animals to reflect the best available scientific knowledge as indicated in the laws regarding research animals. According to the petition, it is clear that cephalopods are “sensitive, intelligent creatures who, like other animals used in biomedical research, deserve to be treated humanely.” The petition provides ample evidence of the complexity of cephalopod brains, their capacity for pain and suffering, and their unique welfare needs.

According to the Physicians Committee for Responsible Medicine, one of the petition’s signatories, the investigation of gene-editing and other phenomena related to human health should “utilize human samples, tissues, and cell cultures” rather than that of cephalopods in order to maximize usefulness and applicability to humans beings.

Lori Marino believes that the majority of the research being carried out on cephalopods is more about sating curiosity about the strange and fascinating aspects of cephalopod minds and physiologies than about improving human health. “Much of the scientific community is just giddy with all the ‘research opportunities’ posed by cephalopods because of their unusual genomes, body plans, nervous system, etc.,” she told Sentient Media.

“They are ‘playing’ with these animals and receiving funding for giving lip-service to claims that this is to further scientific progress that will eventually make human lives better,” says Marino. “I can think of much more direct ways to make human lives better than vivisecting cephalopods, quite honestly.”

Experiments conducted on cephalopods can be invasive and painful or may require the animals to be killed. As an increasing number of researchers turn their attention to cephalopods, ever more of the animals are subjected to experimentation. Without laws to protect them, scientists are free to conduct research on the octopuses without having to first obtain the approval of an ethics committee for particular projects.

In order to supply the researchers with a supply of cephalopods to study, labs such as the Marine Biological Laboratory (MBL) in Woods Hole, Massachusetts, are trying to mass-produce octopuses in captivity. MBL has figured out how to artificially incubate octopus eggs, cutting down the significant time and effort it takes a mother octopus to do the job naturally. Breeding and keeping octopuses in captivity, mirroring efforts in the burgeoning octopus farming industry to meet the growing appetite for octopus as food, raises additional welfare issues.

Marino stresses that welfare protections will not spare cephalopods from exploitation and abuse, just as they do not for other lab animals granted legal protection, but “knowing that there are animals currently in labs who, at the very least, are protected in some slim ways, I believe that cephalopods should have those same protections.”

Heather Browning, Research Officer in Animal Sentience & Welfare at the London School of Economics and petition signatory, says that giving cephalopods welfare protection will also mean that there will need to be “a stronger justification” for invasive or fatal procedures and that this can “result in fewer animals used.” She points out that while researchers do “seem to aim for best practice in terms of cephalopod care and welfare,” without regulation there may be variation in the degree of care cephalopods are given in different labs.

The petition also calls for NIH to update the Guide for the Care and Use of Laboratory Animals to include current best practice for cephalopods, which would help to ensure their species-specific needs are met. “They have quite specialized husbandry requirements, not least their need for cognitive stimulation–particularly in octopuses–and it is important for the welfare of cephalopods that these are followed,” says Browning.The petition is a “petition for rulemaking”, a “mechanism through which any interested party can request an agency to issue, amend, or repeal a rule” under U.S. law. As such, NIH and the Department of Health and Human Services are required to respond. If the U.S. adopts the recommendation of the petition, it would bring its animal welfare laws in line with those of the European Union, the UK, Australia, Canada, Switzerland, and Norway.