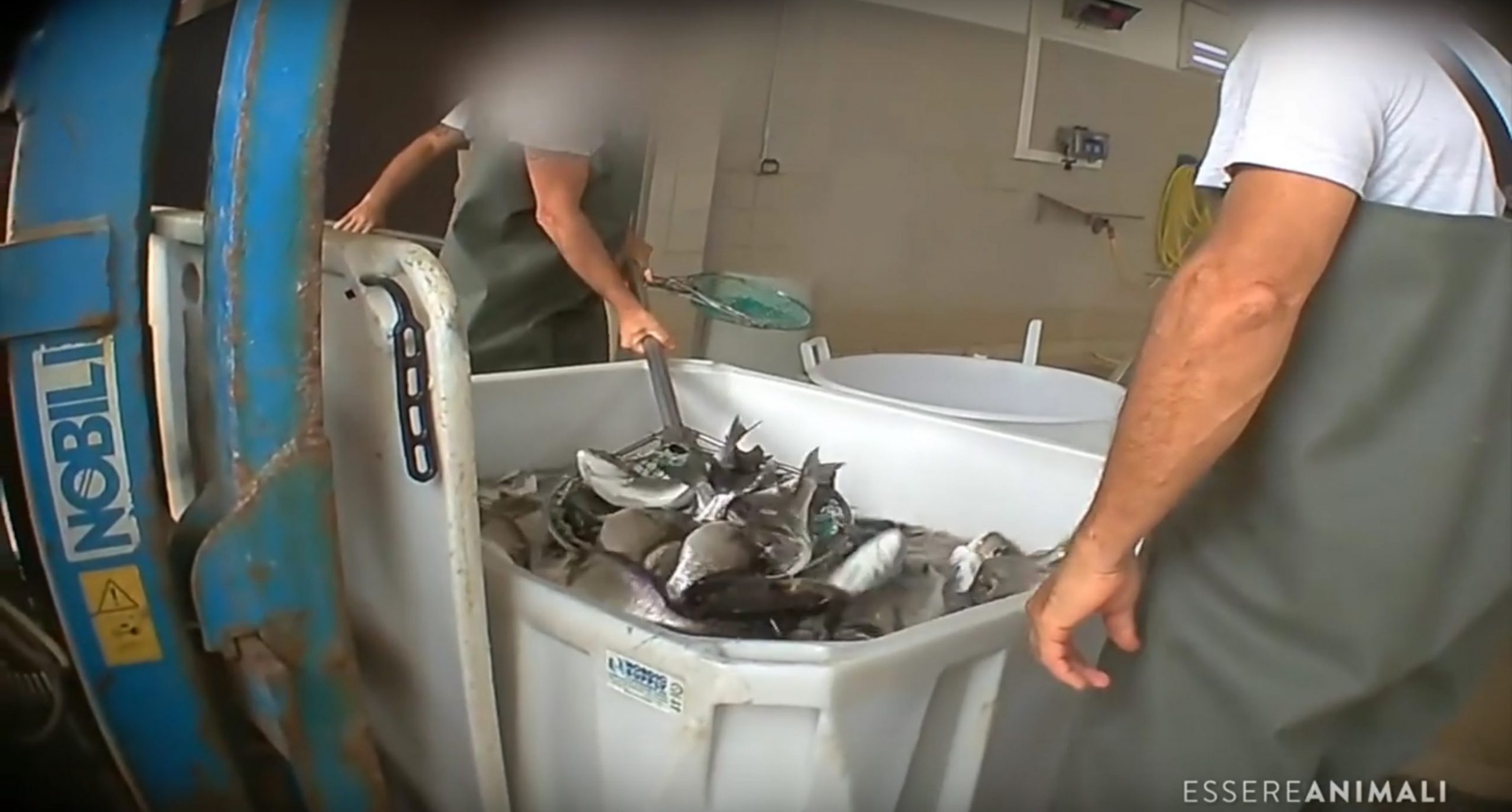 The Sentient Voter Card: How to Vote for Animals This November

Anywhere between 37 and 120 billion fish are killed on commercial farms each year, with another 2.7 trillion caught and killed in the wild. On factory farms, fish have almost no protections. Video from the first large-scale investigation of intensive fish farming in Europe shows fish thoughtlessly scooped out of nets and thrown into plastic containers, where slowly asphyxiate. Some of them miss the bin and flap to death on the floor.

Warning: This video is disturbing. Some fish survive out of water for hours covered in ice on their way to the slaughterhouse. If they’re still breathing, they die by blow to the head. The video documents other inhumane practices, like slaughterhouse workers squeezing out the fish roe by hand. This causes the animal even more stress, as if the whole suffocation part wasn’t enough.

While fish are often left out of the animal welfare debate, investigations like this can help change that.