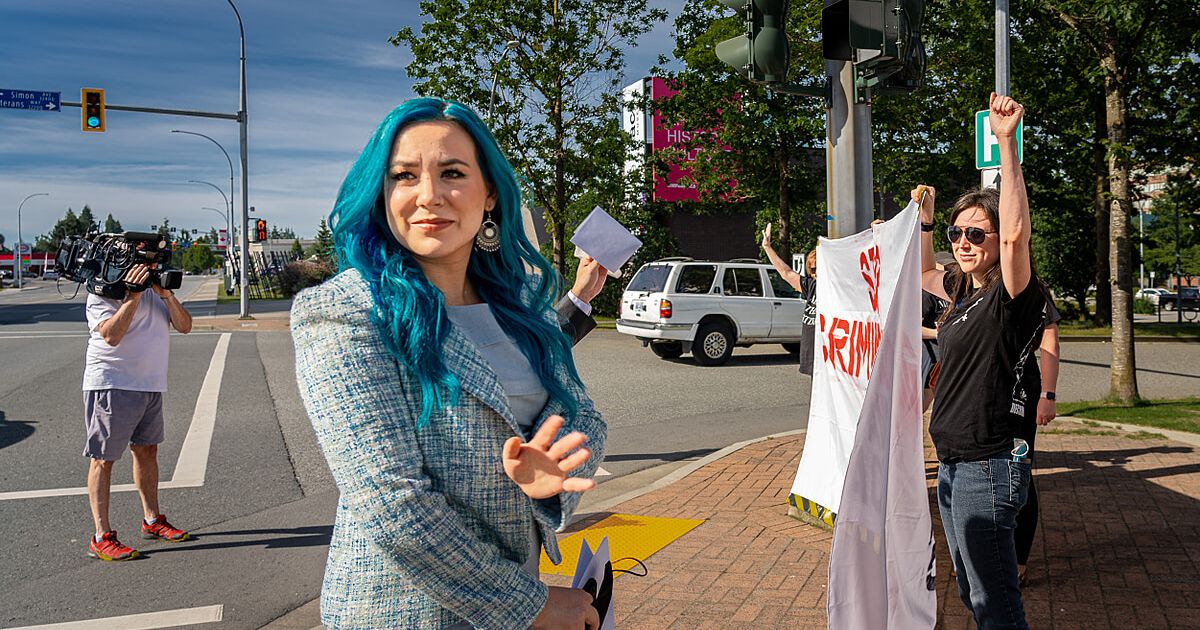 A jury in red-state Utah acquitted two animal rights activists tried for burglary and theft for removing two sick piglets from a Smithfield factory farm in Utah in 2017. It was a surprise win for the animal rights movement — and a potential path forward for a more strategic form of civil disobedience.

Rescuing Animals That Have Little Value to the Industry

The defendants — Wayne Hsiung, representing himself, and Paul Picklesimer’s attorney — sought to convince the jury that they were saving two visibly sick and injured piglets, not stealing property of any value to Smithfield.

Removing just a couple of animals from a farm is a tactic known as ‘open rescue’ favored by Direct Action Everywhere (DxE), the animal rights group co-founded by Hsiung. By rescuing one or two sick and suffering animals  — animals that are already of little economic value to the livestock industry —  the activists avoid the criticism often leveled against more public and disruptive types of protest, that activists are insensitive to workers and people just going about their business. The reactions to recent climate protests involving throwing soup (and mashed potatoes) at a famous painting or blocking roads in London indicate just how quick the public can be to reject activism they see as grandstanding.

This strategy also exposes just how empty the livestock industry’s welfare claims can be. The vice president of corporate affairs for Smithfield said in a statement following the trial’s conclusion that “Any deviation from our high standards for animal care … would never be tolerated.” If this were true, their argument against two injured and malnourished piglets being taken to receive veterinary care seems thin indeed.

In this case, the defense managed to persuade the jury that Smithfield wasn’t concerned about the welfare of the two piglets despite the judge’s decision to forbid showing footage of poor conditions on the farm. Hsiung and Picklesimer testified that — in the moment they chose to save the piglets — they were acting out of compassion and not just trying to hurt Smithfield.

This matters because the actual problem — that the pigs’ welfare was being actively neglected — turned out to be the crux of this case. The way this case unfolded allowed the defendants to focus not on their methods but their message. Given that Hsiung was convicted of theft last year for conducting an open rescue of a sick baby goat in North Carolina, the outcome of the Smithfield case is all the more significant.

This is a blow for Smithfield and the meat industry in general both in the risk to its reputation, and in its efforts to punish animal activists. In the past decade, the industry has been working to pass ‘ag-gag’ laws that make it illegal to document farm conditions on private property, despite the public interest in transparency about how food is made.

“I think it will make prosecutors a lot less willing to criminalize and over-charge animal rights activists,” says Marina Bolotnikova, who covered the Smithfield trial for the Intercept. “Losing trials is terrible and expensive for them, and now they see that DxE aren’t easy targets — they can make very compelling arguments in court, even in a very conservative county.”

The Smithfield decision stands in stark contrast to the case of the activists convicted in Canada on October 12. Amy Soranno and Nick Schafer were sentenced to 30 days in prison and 12 months probation for their part in the ‘Meat the Victims’ action at Excelsior Hog Farm, in which around 60 activists occupied one of the pig barns for several hours. The presiding judge stated that “general deterrence” of activists seeking to break the law “for political purposes” was the “most important single factor” in his sentencing decision.

Since the Excelsior activists were actively disrupting the farm’s business, they were perhaps bound to have difficulty in convincing a jury that they were acting first and foremost in the interests of suffering animals. In a parallel to the Smithfield trial, the defense was also not allowed to show most of their evidence about the conditions inside the farm.

This meant that the defense was unable to argue that the Excelsior farm was engaging in illegal animal cruelty and that the activists acted out of necessity. The “necessity defense”, as Bolotnikova explains in reporting for The Intercept, is meant to prove that activists were trying to “prevent imminent harm.” The focus of the trial thus remained firmly on the laws broken by the activists, which perhaps put the defendants in a more challenging position.

Soranno and Schafer’s punishment sets a worrying new precedent in Canada. The judge “broke with decades of legal precedent by sentencing Amy Soranno and Nick Schafer to jail time for a peaceful, non-violent act of civil disobedience — a first in Canada,” says Camille Labchuk, executive director of Animal Justice. Their sentences are also more severe than those handed down to Canadian farms found guilty of animal cruelty. In fact, the Excelsior farm was never charged at all despite evidence of animal mistreatment provided to law enforcement officials.

It’s “a desperate attempt to maintain a squeaky clean image for the animal agriculture industry,” Soranno told Sentient Media via email. “Surely, even an avid bacon-lover could recognize that there is more at play here; this isn’t about a cut-and-dry charge and conviction, this is political.”

Despite the judge’s hope, most legal punishments handed down to activists don’t serve to deter them, and the animal rights movement is likely no exception. The Excelsior action is part of a bigger ‘Meat the Victims’ movement that sees disobeying “unjust laws” as a key path towards animal liberation. Meanwhile, the victory for the Smithfield defendants is a small but important win for a very different strategy — incremental actions that use features of the animal agriculture industry against the business, in this case, sick and suffering animals. Having each set new precedents, both cases will have an impact on the future of the movement. Ultimately, activists will need to decide what kinds of actions will best help alter the public perception of the meat industry to reflect its cruel reality.