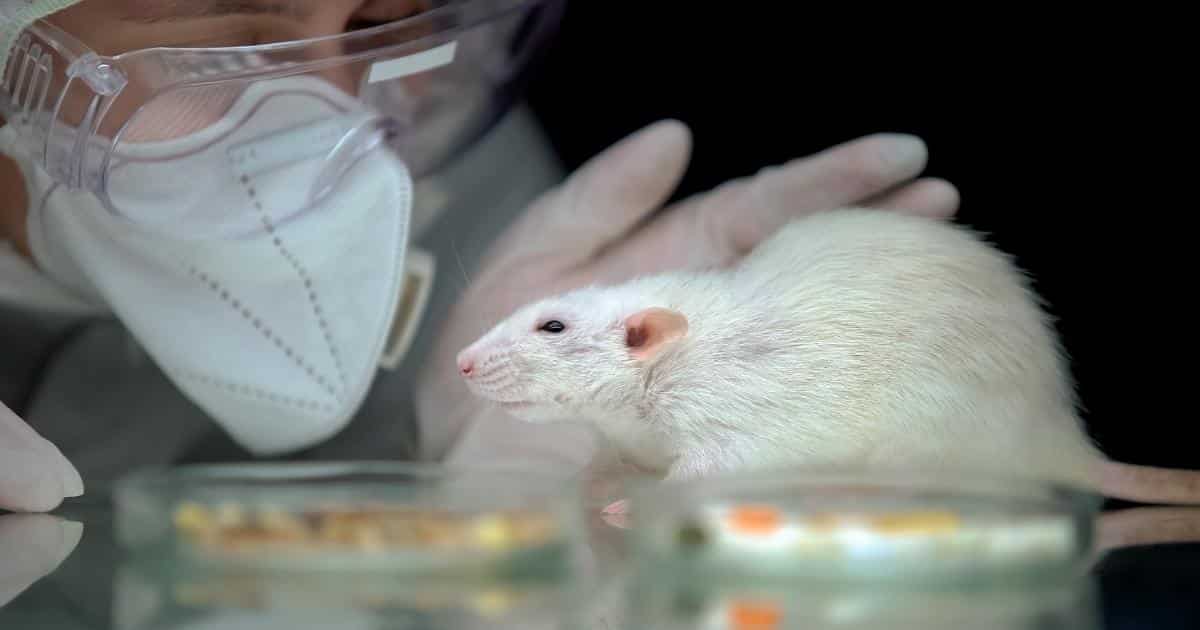 More than 90 percent of drugs that pass clinical trials in animals fail to prove effective for use in humans. Yet, the Food and Drug Administration still spends millions on animal testing. Why?

Learn more about animal testing and its alternatives in this short video.

Humans interact with nonhuman animals in many different ways. Humans eat animals, wear animals, invite them into their homes as pets, and even use them in sports. But a common and rarely mentioned use of animals is for animal testing. Many foods, drugs, and cosmetics are first tested on animals before they are made available for us to use.

Several animal species are used in testing. Many are mammals with genomes similar to our own. Common species include mice, rabbits, guinea pigs, birds, dogs, cats, non-human primates, fish, and farmed animals. Animal testing prioritizes efficiency and speed and overlooks the well-being of animals. They are routinely experimented on against their will.

When the COVID-19 pandemic struck, and many of the labs using these animals were shut down, lab authorities ordered the animals be killed—instead of delivering them to sanctuaries or paying for their continued care.

Animal testing continues to be mandated by medical authorities despite clear evidence it isn’t effective or even useful. The U.S. spends billions of dollars each year on animal testing, but it hasn’t improved the efficacy of drugs. Over 93 percent of cancer drugs that tested successfully on animals failed after entering the first phase of human clinical trials.

As awareness of animal testing’s flaws increases, more people are demanding that the practice be ended. An increasing number of customers now prefer cruelty-free brands that don’t test their products on animals. Cruelty-free cosmetics could be a $10 billion market by 2024.

Six U.S. states have already banned cosmetics that were tested on animals. The U.S. EPA has pledged to end all animal testing by 2035, and the EU recently voted to phase out animals from testing labs.

Technological advances enable sophisticated testing methods that prevent the abuse of sentient animals. In-vitro tests can simulate entire organs, lab-grown tissue has been used to test chemicals and drugs, and human-patient simulators are being used in classrooms to teach human physiology and surgical procedures.

Advocates continue to push for these improvements to end the unnecessary suffering caused by animal testing.