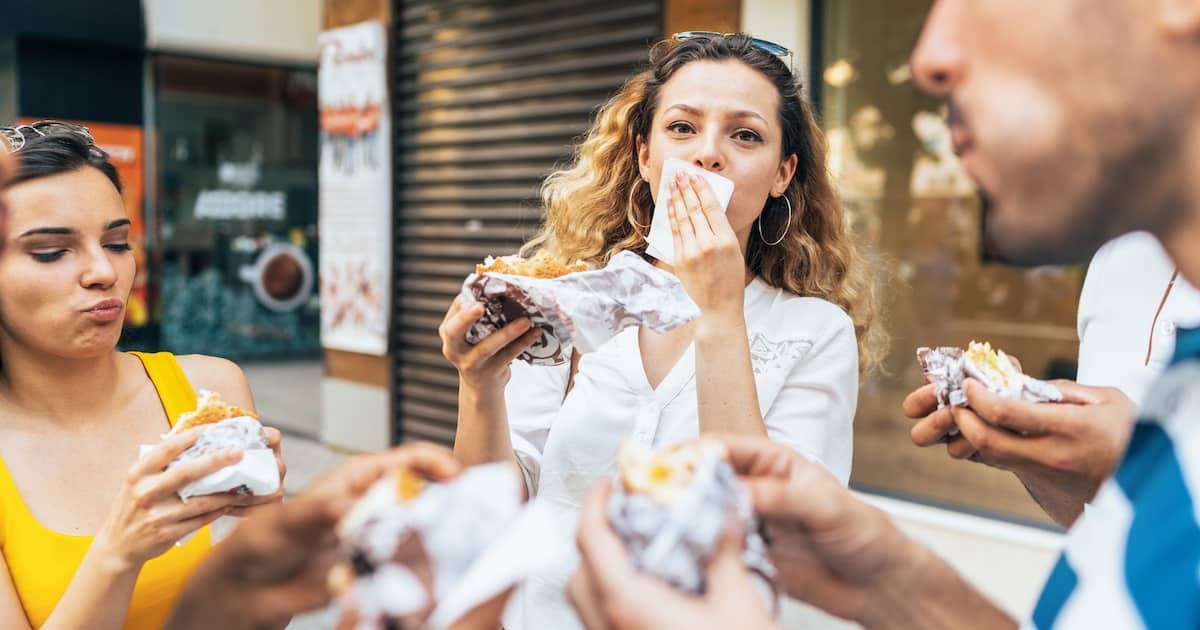 There are many reasons to reduce meat consumption. Reducing how much meat we eat can benefit our health and the environment while preventing extensive animal suffering and increasing food safety. This combination of benefits may be what has led thousands of people in the United States to give plant-based meats a try and reduce their meat consumption. Despite these efforts, the overall consumption of meat within the U.S. has increased in recent years. This contradiction presents a puzzle for those working for the well-being of animals and the environment. If the alternatives are becoming more popular, vibrant, and readily available, it should be time for more people to take another step toward plant-based eating by reducing their consumption of meat.

Is Meat Consumption in the U.S. Decreasing?

Why Are Americans Eating Less Meat?

Concern About Their Health

Choosing less meat and incorporating more plant-based meals, especially whole-food plant-based meals, can help reduce the risk of a variety of diseases and increase overall feelings of well-being. A higher rate of meat consumption has been associated with heart disease, high blood pressure, high cholesterol, and even some cancers.

Concern About the Environment

There are a number of food safety concerns associated with eating meat. Certain parasites and bacteria are able to thrive in raw meat. Though fully cooking the meat may kill the bacteria, recontamination is possible if food is not handled correctly. Perhaps the most familiar bacteria that is frequently harbored by meat is Salmonella. If consumed, Salmonella can lead to diarrhea, vomiting, and painful cramping.

Many of those that have decided to reduce their meat consumption do so in recognition of the terrible abuses that take place in the animal agriculture industry. In the chicken industry, birds have been bred to grow so quickly that they are often unable to walk normally or even stand. Pigs being raised to become bacon are neutered and have their tails cut off as babies less than a few days old, commonly without any pain management.

Convenience Because of Other Family Members

The popularity of plant-based eating is on the rise. In 2019, 9.7 million people in the U.S. identified as vegan. Rather than attempting to provide different options that suit the dietary restrictions of family and friends following such a diet, many home cooks might opt to make a meat-free dish for the whole family.

You See A Lot of Other People Doing It

Many individuals may be influenced to try more plant-based meals and reduce their meat consumption because they see the popularity of the diet and meat alternatives increasing. Instead of sitting by and watching others enjoy delicious plant-based meals and new meat alternative products, we’re adding them to our carts and giving them a try, often to find that they’re delicious and filling.

Meats are frequently restricted by various religions. Many Hindus follow a vegetarian diet. Those living by the tenets of Judaism are not permitted to consume pork and can only eat other meats if they are kosher. Roman Catholics frequently abstain from eating meat during Lent, Ash Wednesday, and Good Friday.

How Are Americans Eating Less Meat?

One way that individuals may reduce their overall consumption of meat is by reducing the amount that they consume in a portion. Reducing portion size can have a profoundly positive impact on overall health outcomes. Researchers from Finland found that men who ate 9 ounces of meat a day were 23 percent more likely to die during the length of the study than those who ate less than 2.6 ounces of meat.

Another method that many are using to reduce their overall consumption of meat is to replace meat with vegetables, tofu, or seitan in recipes. Eggplant, beans, mushrooms, and jackfruit can all serve as meat substitutes to add heartiness and flavor to a variety of dishes.

Eliminating Meat Entirely From Some Meals

As many seeking to reduce their intake of meat have found, in a lot of recipes meat can simply be omitted without sacrificing flavor. In addition to the many recipes that meat can simply be left out of, there are a wide variety of meals that do not call for any meat in the first place. Among these meals are a wide array of traditional Indian, Chinese, and Thai dishes.

Meat Replacements Such as Plant-Based Burgers and Sausages

Reducing meat consumption does not necessarily mean fighting against the craving for burgers or spaghetti and meatballs. A wide array of plant-based meat replacements are available to fill this role.

What if the United States Stopped Eating Meat?

Reducing, or even better eliminating meat intake is one of the best things that we can do to combat climate change. In fact, the United Nations has recommended that countries implement policies that encourage their citizens to reduce their meat intake and adopt plant-based diets. Taking these steps would lead to a reduction in deforestation, greenhouse gas emissions, energy consumption, and water waste.

Why Eating Beef Is Bad for the Environment

When it comes to environmental impact, beef is one of the most lethal meats. Cattle release large amounts of greenhouse gases that heat the environment. The particular gases released by cattle are methane, carbon dioxide, and nitrous oxide. Eating beef also consumes a very large amount of water. Just one hamburger takes 600 gallons of water to produce.

Which Country Eats the Least Meat?

Take the plunge and try reducing your meat consumption. There are a variety of resources available that offer delicious and nutritious meat-free recipes that you can incorporate into your diet. You can also try substituting a plant-based alternative such as Beyond or Impossible meat into your favorite recipes, instead of defaulting to meat derived from cows and other animals.