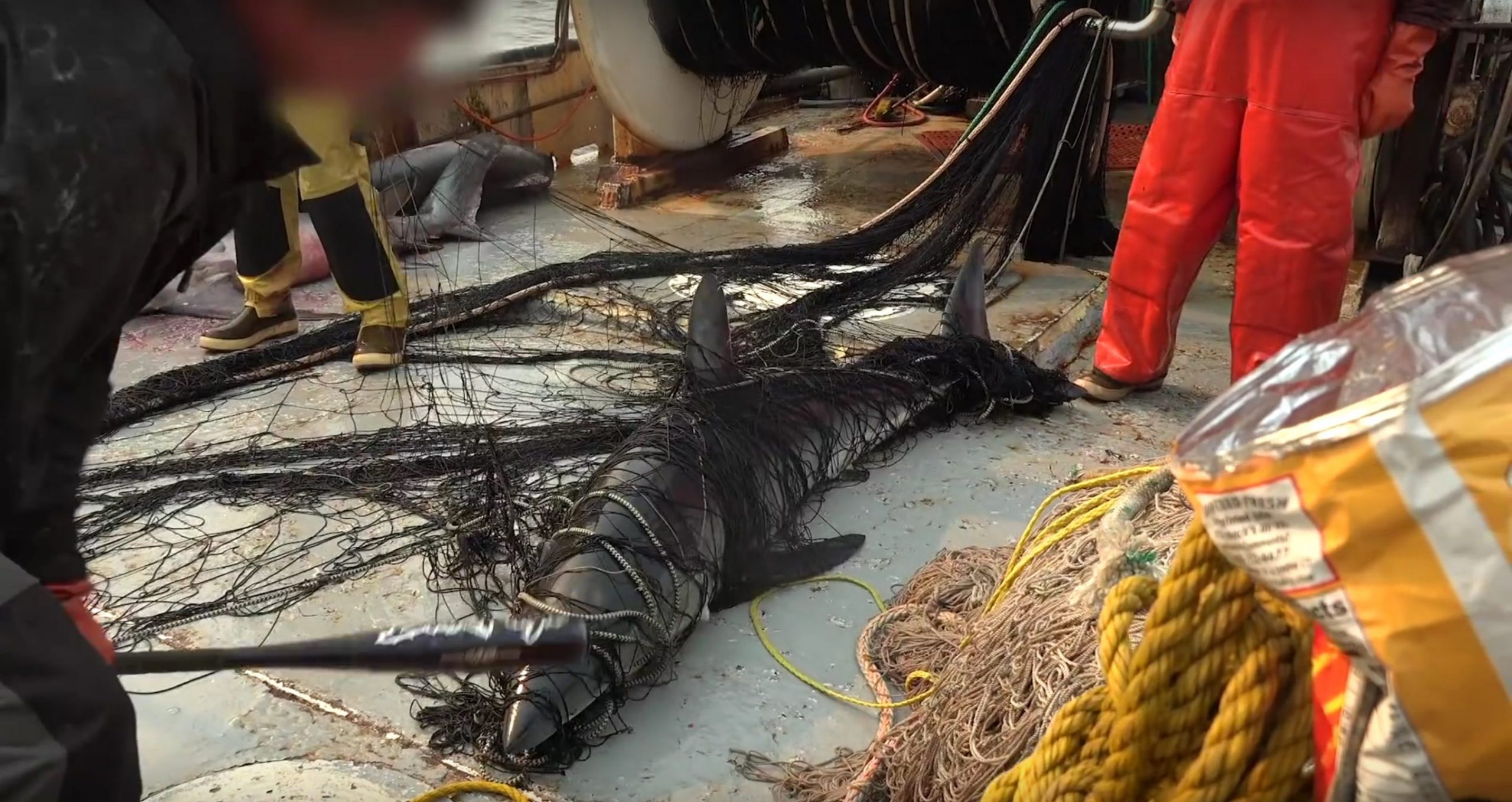 Fish feel pain, which makes news that California Governor Jerry Brown signed a bill to end the use of cruel swordfishing driftnets bittersweet. Footage of these driftnets unintentionally catching dolphins, stingrays, and sharks surface a few months ago. Needless to say, it was time for them to go. But in reality, the majority of animal suffering in our oceans comes from the fish we catch intentionally. Most fish killed for food die by asphyxiation, and many are gutted alive. Death times range from 25-250 minutes. [Mercy For Animals]

ICYMI. Here’s how many animals are killed for food every day.