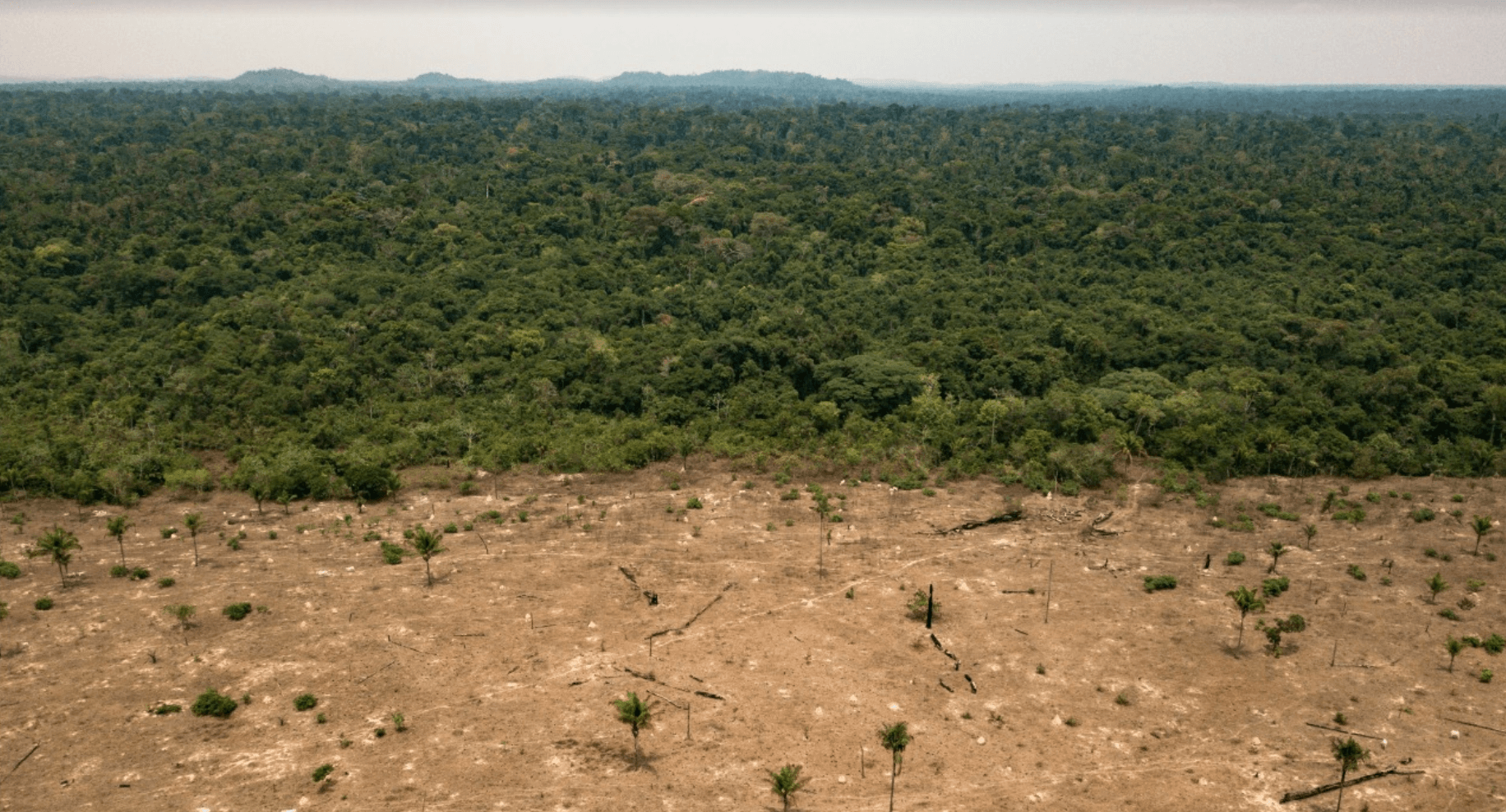 Animal Protection During COVID-19 and Beyond: Where There’s a Will, There’s a Way

I moved to Brazil in 2011 and became a permanent resident a couple of years later. My wife is Brazilian, my son is Brazilian, and Brazil is my full-time home. While there are undoubtedly many problems here (what country doesn’t have problems?), it is a country I love despite its many setbacks. But not a lot of people outside of this tropical paradise know much about what’s happening down here beyond last year’s headlines about the Amazon fires and updates about an unhinged president.

I was pleasantly surprised to see such a large global response to what is happening in the Amazon. To see major mainstream media outlets talking about the global food system’s dependence on meat as a major cause for the fires wasn’t something I was expecting to see, even though I, and many who report on animal agriculture, knew this from the start.

Like many, I was distraught to see the images of the fires that were intentionally set to make space for raising cattle and planting soy, most of which is used to feed farmed animals around the globe. And I was infuriated to find out that the Boslonaro government received an advanced warning about the now-infamous Dia de Fogo — when farmers and ranchers in the north of Brazil strategically coordinated on August 10 of 2019 in a WhatsApp group to start fires and clear space to raise livestock — and did nothing about it. Sergio Moro, the former Justice Minister of Brazil, was warned by Ibama (Brazilian Institute of the Environment and Renewable Natural Resources) three days in advance about the planned action by the cattle ranchers. The government knew that fires were going to be started on a massive scale and sat back to watch the fire spread.

Jair Bolsonaro is not famous for keeping quiet. He has been talking about his desire to profit from the Amazon’s destruction for years. In fact, he’s proud of his self-appointed nickname of Captain Chainsaw. The situation in Brazil is dire and will only get worse with Bolsonaro at the reigns.

It’s hard to emphasize just how important Brazil is on a global scale when it comes to the world’s food supply and climate issues.

In 2018 alone, Brazil exported 1.64 million tons of beef, an 11 percent jump from the year before, and more than any other country in the world. It was a personal record for Brazil. In 2019, that record was broken with 1.82 million tons of beef exported. 2020 is already projecting another record-setting year despite COVID-19 raging across Brazil and the world. Brazil also leads the world in soy exports, mostly grown to feed livestock abroad, not food-insecure people at home.

And with the US-China trade war in full swing, China will be looking to Brazil when it comes to importing more beef and soy. Igor Brandao, chief of the agribusiness division at Apex-Brasil (the Brazilian Trade and Investment Promotion Agency) was worried that Brazil wouldn’t be able to keep up with China’s growing demand for Brazilian soy. “We are prepared to take advantage of the trade war to increase our business with China and further build trade relations,” he said.

This means that Brazil is willing to do whatever it takes to capitalize on China’s growing demand. That includes increasing rates of deforestation in the Amazon to plant more soy and raise more cattle. And the COVID-19 pandemic isn’t slowing down those exports. In fact, they are growing at unprecedented rates. Q1 of 2020 saw an increase of 14 percent in soy exports to China when compared to 2019. With the novel coronavirus ravaging Brazil, with one of the worst-hit areas being in the capital of the Amazon, Manaus, the exports are up even more, 28 percent growth from March to April.

Human Rights and the Destruction of Indigenous Communities

The impact of this shortsighted and dangerous strategy will be catastrophic. There are approximately one million indigenous people living throughout the Amazon. While fires and deforestation aren’t new to these communities, the scale at which they are happening – combined with the fact that the current government is encouraging this kind of criminal behavior – threatens their homes, their way of life, and their very existence.

Indigenous people of the Amazon have been dealing with exploitation and the destruction of their natural habitats since the arrival of the Portuguese in the early 1500s when they were forced to destroy their own forests in order to ship the highly desired Brasilwood back to Europe where it was used for its wood and natural red dyes. In the 19th century, the indigenous people of the Amazon were made to work under extremely cruel conditions on rubber plantations. Anthropologist Wade Davis wrote in One River that “the horrendous atrocities that were unleashed on the Indian people of the Amazon during the height of the rubber boom were like nothing that had been seen since the first days of the Spanish Conquest.”

Now, with growing global demand for commodities like soy and Brazilian beef, the indigenous communities face new challenges with very few protections. Rayanne Cristine Máximo França, an activist working to empower indigenous women from the Baré tribe in the state of Amazonas believes that Bolsonaro’s rhetoric is responsible for attacks on indigenous people and their land by emboldening and encouraging loggers, farmer, and miners to enhance their efforts to exploit the Amazon for profit.

A Rise in Factory Farms, Urbanization, and Social Inequality

While global demand goes up for Brazilian products, the supply side needs to scale and become more efficient. Seventy percent of the food that ends up on Brazilian plates comes from small family farms but that is already starting to change. Small farms simply can’t sustain a growing population, one that has gone from 95 million to 212 million in just 50 years, especially considering that meat consumption in Brazil has nearly quadrupled since 1960.

As major Brazilian meat companies like JBS, the world’s largest meat processor, and others like BRF and Minerva continue to grow and gobble up small family farms, poor rural farmers are left with few options. Many end up moving to cities where a lack of education, preparation, and opportunities leave them in the peripherals, struggling to make ends meet. In São Paulo, for example, the percentage of the population living in city slums known as favelas was approximately one percent in 1973. Today, the percentage of residents living in favelas has grown dramatically to more than 2 million residents, approximately 11 percent of the metropolitan area’s population.

With more people heading to the cities in search of opportunity, their connection to the countryside remains strong. Most people in urban environments still have family members that operating small farms (sítios) beyond the city limits. Even though millions of Brazilians have swapped the country life for one in the major cities, their roots are still firmly planted in the rural zones of Brazil.

Because of that rural connection, Brazilians are not far removed from their origins in the countryside. My wife, for example, spent her summer weekends just 70 kilometers outside of her city visiting her aunt and uncle’s farm, a tiny coffee plantation in the rolling Capixaba Mountains in the southeastern region of Brazil outside of Vitória. She and her siblings would help milk the cows and eat fresh cheese as children. This close connection that Brazilians hold to the countryside confuses their understanding of the food they are consuming, especially as factory farming continues to grow in the country. Many Brazilians aren’t familiar with factory farming methods and assume that the animal products they are consuming come from the small family farms they grew up on or are connected to through their relatives in the countryside.

Urbanization in Brazil happened at astonishing rates in comparison to North America and Europe where it took two hundred years (1750-1950) to get from 10 percent to 52 percent of the population living in urban settings. In Brazil, the urban population swung dramatically from 31 to 81 percent all during the 20th century. Combining rates of urbanization with a fast-growing population and increasing demand for meat products puts pressure on companies to scale their production. JBS has done just that, growing from a single slaughterhouse in the countryside of Goiás into the largest meat producer on earth in just a generation. And as companies like JBS continue to grow, prices of meat go down for consumers. While this may seem like a positive thing at the surface, there are a lot of dark secrets hidden below that make such growth possible in the first place.

Most Brazilian billionaires are known for the scandals that typically envelope their rise to success. Joesley and Wesley Batista, the billionaire brothers responsible for transforming JBS from a tiny, unknown family business into a behemoth of wealth and corruption, are no different. But what many Brazilians don’t know is that JBS slaughters 13 million animals per day around the globe and has paid off nearly a quarter-of-a-billion dollars to thousands of political candidates spanning parties and platforms to help accelerate their growth by whatever means possible. They’ve been accused of bribing officials to allow rotten meat to be sold to consumers, contributed to illegal deforestation in the Amazon, and been caught by undercover investigators abusing animals at countless suppliers farms around the world.

Moving Forward Under a Bolsonaro Government

The situation in the Amazon is just scratching the surface when it comes to the wide array of stories going untold in Brazil. And with few international organizations reporting on what’s happening in Brazil beyond the Amazon fires and Bolsonaro’s incompetence, it’s hard to tell how these companies — and the Bolsonaro government — will be held accountable for their implicit roles in doing whatever is necessary to continue Brazil’s dominance in the global food supply and meat industry.

Bolsonaro has made it clear through his public discourse and relentless support of big ag that agribusiness is one of his top priorities and will grow that sector by any means necessary. The possible repercussions are dire. Rampant corruption and emboldened workers can make the lives of countless animals, and humans alike, even more miserable.

More light needs to shine on Brazil’s corporate and political sectors and the influence the country has on the global food supply. While Boslonaro continues pushing for economic growth and environmental exploitation, he is inadvertently making himself an international pariah. And while his hardcore base in Brazil cheers his hateful rhetoric and nationalistic attitude, a growing number of Brazilians are seeing through his hollow messages and realizing that he will do more harm than good. This makes it possible to hold him, and the corporations that are taking advantage of his “by whatever means necessary” mindset, accountable for their actions by leveraging international outrage to influence change inside of Brazil. The more coverage coming out of Brazil exposing political and corporate corruption used to grow domestic agribusiness can help shape public opinion and curb the desire to import products that come from operations that have little-to-no regard for its labor force, the environment, and the animals.

I am starting to see a shift in the public’s acceptance and trust in Bolsonaro. This is especially true because of his poor handling of the COVID-19 pandemic and the political scandals that have embroiled his administration. Like any other politician or public figure, there are always going to be the followers that follow him until the end, but I see a lot of his early supporters already criticizing his policies and, especially, how he has handled the two stories that reached international headlines: the Amazon fires and the novel coronavirus pandemic. I can only hope that with more international coverage and criticism of corporate and political corruption in Brazil, the less that Brazilians will tolerate or accept these as normal occurrences and fight to change a system designed to allow it.